Following the PC version which released in 2018

Asmodee Digital released their adaption of the board game Scythe earlier this year in select regions for iOS. Now, Scythe: Digital Edition is available globally for both iOS and Android as a premium title.

If you're unfamiliar, this is a digital version of the diesel-punk board game from designer Jamey Stegmaier and will feature graphics from the original artist, Jakub Rozalski. Scythe is an asymmetric competitive board game set in the 1920s.

Each player will take on the role of a fallen leader who is looking to restore their reputation whilst guiding their faction to power in Europa. To do this, players will need to conquer territories, enlist new recruits, reap resources and activate powerful mechs, as you do.

There's a huge focus on engine-building within Scythe, where players will look to improve their construction abilities so they become more efficient. Structures will improve their positioning on the map whilst activating mechs will make players think twice about invading. There is several specialities players can choose from including Agriculturalist, Industrialist, Engineer, Patriot and Mechanic, with each making for a unique approach to the game. 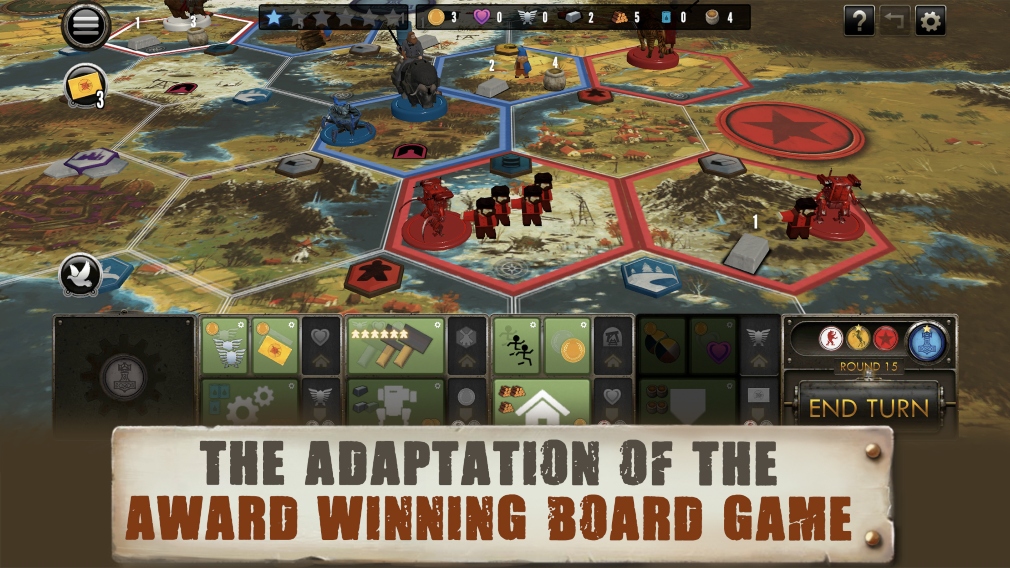 The board game itself launched back in 2016 before a digital version was made in 2018 for PC. This version will have cross-platform capability with the iOS and Android versions meaning you should be able to find games quickly thanks to a larger player base. However, if you don't fancy testing out your skills against players across the globe, there's also the option of battling against the AI or playing against your pals on the same device with Hotseat mode.

Scythe: Digital Edition is available now over on the App Store and Google Play. It's a premium title that costs $8.99.

Looking for more high-quality board game adaptations to play on your phone? Here are 25 of the best available for iPhone and iPad
SEE COMMENTS