It will run until September 30th

Pokemon Masters EX's latest Legendary Arena event has now arrived. It will see players doing battle against Azelf in a serious of increasingly difficult fights. This event is set to run until 30th September.

Unlike the previous Legendary Arena with Latios, players will fight solely against Azelf. The Willpower Pokemon will look to debuff your Sync Pairs to reduce their defences so DeNA recommends you bring Pokemon that can lower its attack in return.

On top of that, stat changes to defence and special defence will have a greater effect on damage output. Azelf will always have physical and special damage reduction too, presumably making it a very bulky foe. Finally, when the Willpower Pokemon has been reduced to its third health bar, any damage reduction in place will also extend to Sync Moves.

There will be a host of training items on offer for beating each difficulty setting. This includes co-op Sync Orbs, 4-Star Power-Ups and more. Players can also net themselves a few Gems and some medals to proudly display on their profile. These medals will be awarded for beating the different stages and overcoming them with a set number of Sync Pairs.

If you're unfamiliar with the Legendary Arena, it's essentially a lengthy boss battle where you'll fight against a legendary Pokemon. You can use up to thirty Sync Pairs to try and defeat it as you attempt to slowly whittle down multiple health bars. Azelf's attacks will change depending on how low its HP becomes. 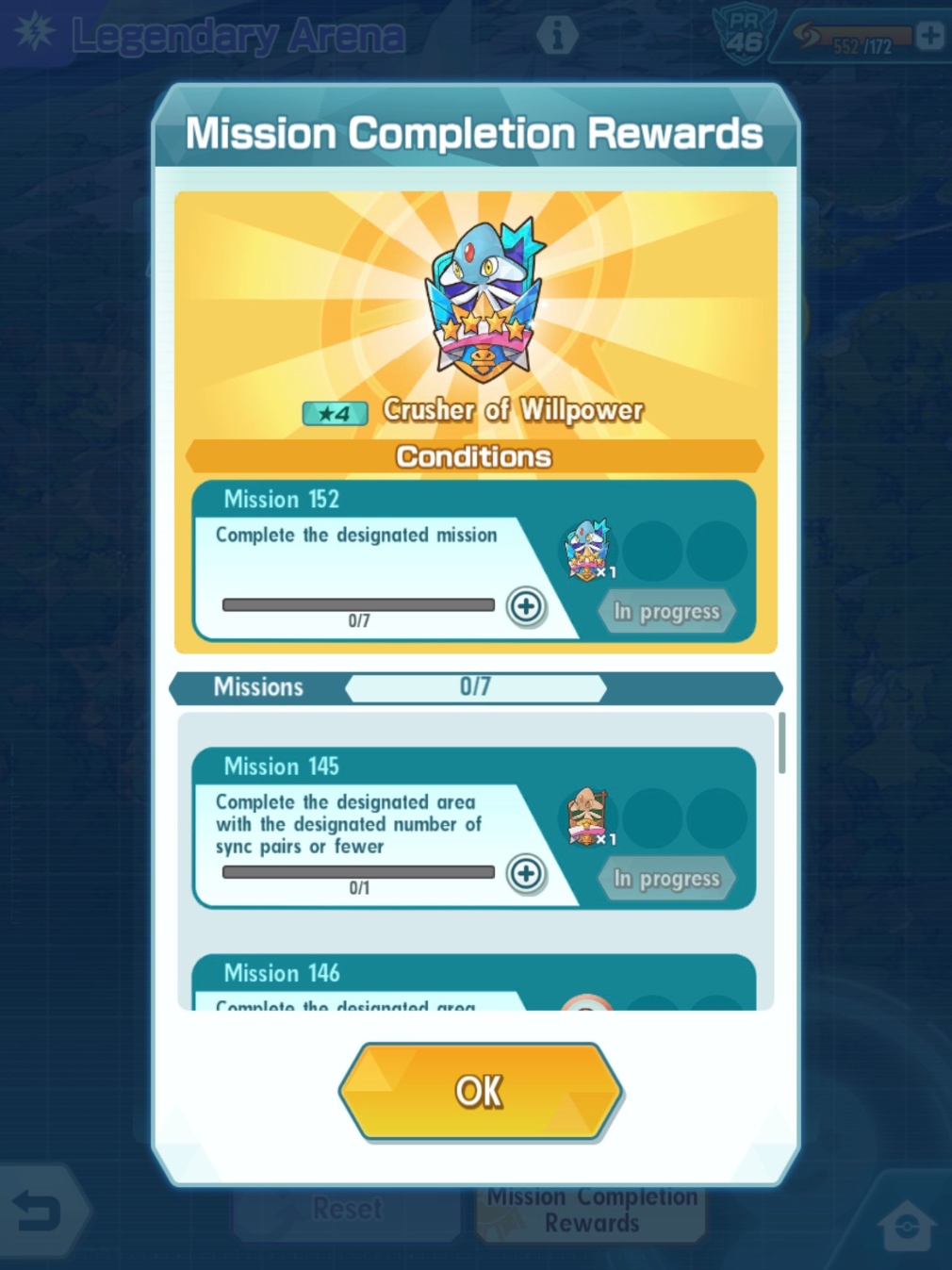 Elsewhere there are also two new Spotlight Scouts that will increase your chances of getting certain existing Sync Pairs. The first features Sabrina and Caitlin whilst the second focuses on Guzma and Burgh. They will both be available until 30th September.

Call of Duty: Warzone, Activision's popular battle royale shooter, could be heading for iOS and Android

Pokemon Masters EX's latest event, Race to Victory, is underway now whilst Nate & Braviary have been added to the Sync Pair roster