South Korea, Japan, Taiwan, Brazil and Russia will soon be able to join the fight

CROSSFIRE: Warzone has proven to be an extremely popular title since it launched for iOS and Android back in July. As such, there has been a high demand for the strategy title to release in other regions around the world where it is yet to arrive.

Joycity is happy to oblige those who've been missing out on some intense tactical gameplay and soon players from South Korea, Japan, Taiwan, Brazil and Russia will be able to get involved. CROSSFIRE: Warzone will soon land in these regions with local language support. Fans of the IP in these locations can expect the game to arrive in October. 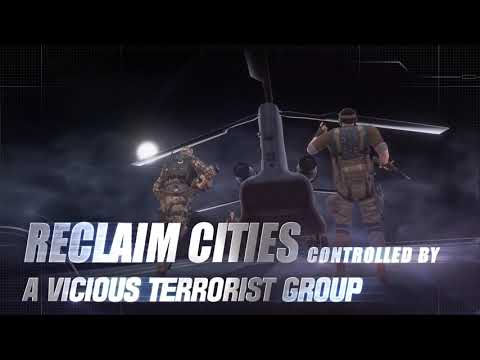 Pre-registration in these countries is available now and those who choose to do so will net themselves a host of in-game rewards. This will include Officer Tokens, Medals, Gold and Base Shields. That's not all either, even more rewards and benefits will be given out to players depending on the total number who register their interest.

Android users specifically will also get additional rewards and other in-game items when pre-registering through Google Play. For more details on the rewards on offer and the regions that Crossfire: Warzone will be expanding into, be sure to check out the official website or Facebook page.

If you're unfamiliar with Crossfire: Warzone, it's a real-time strategy game that's based on the popular online shooter Crossfire, which has 100 million active players across the globe. Warzone will see players having to fight against large-scale terrorist forces that threaten innocent lives.

Crossfire: Warzone is either available to download or pre-order over on the App Store and Google Play now, depending on your region. It's a free-to-play game with in-app purchases.

Want more? Check out our 11 other CROSSFIRE: Warzone news stories!