Learn about humanity from a monster's perspective

A Monster's Expedition is the latest addition to Apple Arcade's constantly growing roster. It's a puzzle game that takes place after humanity has long gone, leaving only remnants behind for an adventurous monster to explore and discover. It's not as dreary as it sounds, however.

It's been developed by Draknek Limited, who you may be familiar with if you've played their previous games A Good Snowman is Hard to Build or Cosmic Express. A Monster's Expedition then is a relaxing puzzler where you set out to learn about humans from a monster's perspective.

The world consists of hundreds of little islands for you to visit.  The tricky part is that none of them are connected to one another, so you'll need to chop down trees to act as makeshift bridges or create rafts to discover new places.

It's essentially a block sliding puzzler then, except you'll be pushing around logs instead. Though it doesn't appear to be so on the surface, A Monster's Expedition is actually grid-based, so you'll need to correctly manipulate the log to face the right direction. But don't worry, there's an undo button if you mess up. 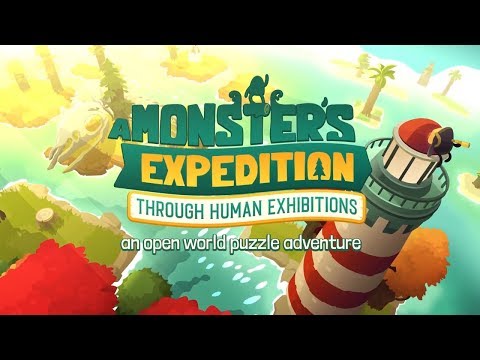 Some of these islands will contain small museum-like exhibits that are everyday objects left behind by humanity. They'll each have descriptions that explain the purpose of the items from a monster's point of view, all of which are laced with British humour. Which makes sense, it is set in the world of Englandland after all.

A Monster's Expedition is available now on Apple Arcade, a subscription service that costs $4.99 per month. For more information on other games that are available in its extensive library, check out our dedicated hub page.

Don't have Apple Arcade but want some top-tier puzzlers to play on your mobile? Here are 25 of the best available for iPhone and iPad