So many ways to enjoy the big hit.

Catalyst Black, one of the mobile gaming world's most anticipated games. Its fast-paced multiplayer taking place in beautiful environments makes it stand out among other things. As I may have mentioned before, the latest game by Super Evil Megacorp has vibes similar to the highly popular Valorant.

These are two different games, but the environments and quirkiness are fairly similar. One major difference though is that Catalyst Black is in the third-person while Valorant is in first-person. But both feature unique weaponry and map layouts.

The game is now in Early Access with many mobile gamers getting a chance to take Catalyst Black for a test drive. Each game is intense, and you'll never see any dull moments when playing, even in this early stage of its life cycle. But, if you have the game or plan on getting it, here are a few fun ways to approach this wild and fun game. 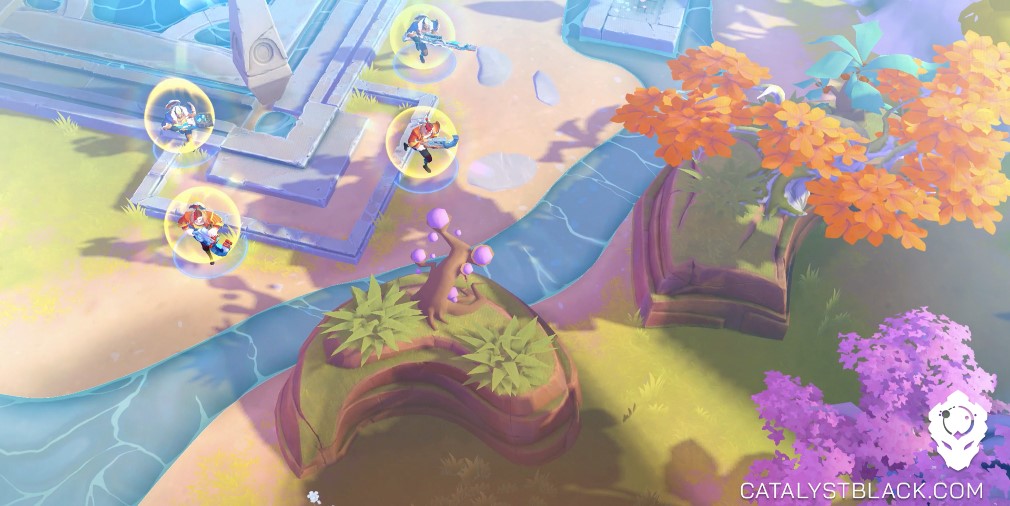 This is a player type that we've mentioned with other games but it also applies here in Catalyst Black. You live for the thrill of the kill, helping your team by taking out foes. You'll use any weapons and abilities in your arsenal to get the job done and get your squad in a solid position.

If you are the kind of player who is more focused on attacking, then you'll likely be licking your chops once you see all of the different things you can do offensively. You have a primary weapon that is more standard and deals a solid amount of damage to start.

You'll also have access to a second gun that will deal twice the damage. It could be a gun that shoots fireballs for example. It's quite the spectacle and makes things more fun. And then, you have the masks, and these beauties will transform you into something totally different such as a giant wolf-like creature. So if you're an aggressive player, you should have some fun in Catalyst Black.

Perhaps you're a player who is not as laser-focused on racking up kills. You may be on who plays with a bit more finesse. You're more about playing with a bit of strategy by avoiding enemies and going for objectives. This is about as smooth of a way you can probably play in Catalyst Black.

A focus on scoring for your team and dodging bullets will be your forte if you want to play this way. Not much blood splatter and you'll help your team. And if you have a team that is more aggressive and trying to take down opponents, then this will give you more of an opportunity to grab those points.

Or, if you have a teammate or two who thinks like you, then it will make scoring a bit easier and will of course make defending yourselves easier too. Now, there is a capture the flag which is primary in the world of Catalyst Black and so this means that you'll need to dive right into enemy territory. But, if you're good ad dodging bullets, you can be swift and snatch the flag while the bullets are flying everywhere.

OK so more than likely, you may be playing like this, at least early on in Catalyst Black. In a positionless game like this, it can be hard to sort of create your own role. So this style of play lets have the best of multiple worlds when playing matches.

Probably the biggest challenge here is being consistently balanced. If you've been going back and forth between capturing the flag and focusing on killing enemies, it's possible to accidentally shift and put more emphasis on one area. This is simply a mental adjustment.

Once you've gotten comfortable with switching roles, you'll be in good shape. It's easy to pick up this style of play but can certainly be hard to master. If you want both a slice of a cake and pie instead of just one or the other, then playing all-around is the way to go.