Murderous Pursuits, the multiplayer stealth game, is available now for iOS and Android

Launching in Europe, the Americas, Oceania and Africa

Murderous Pursuits, the multiplayer stealth RPG, is available now for both iOS and Android in Europe, the Americas, Oceania and Africa. To coincide with the launch there is also a special event underway now called Mr. X's Partner Program.

The Partner Program is specifically related to content creators with anyone being able to take part in the initiative. To get involved players will have to either host a live broadcast of more than 20 minutes or recreate a video that's more than 2 and submit it via the official website.

Submissions will be open from today until September 24th, after which point winners will be selected, netting themselves a plethora of in-game awards. They will also have their videos supported and promoted by the development team.

The game itself you may already be familiar with since it's been available on Steam since 2018. It's a stealth multiplayer game for 1-8 people where you'll be given set targets to take out. Other players will be hunting you too though so you'll have to be tactical to avoid arousing suspicion. 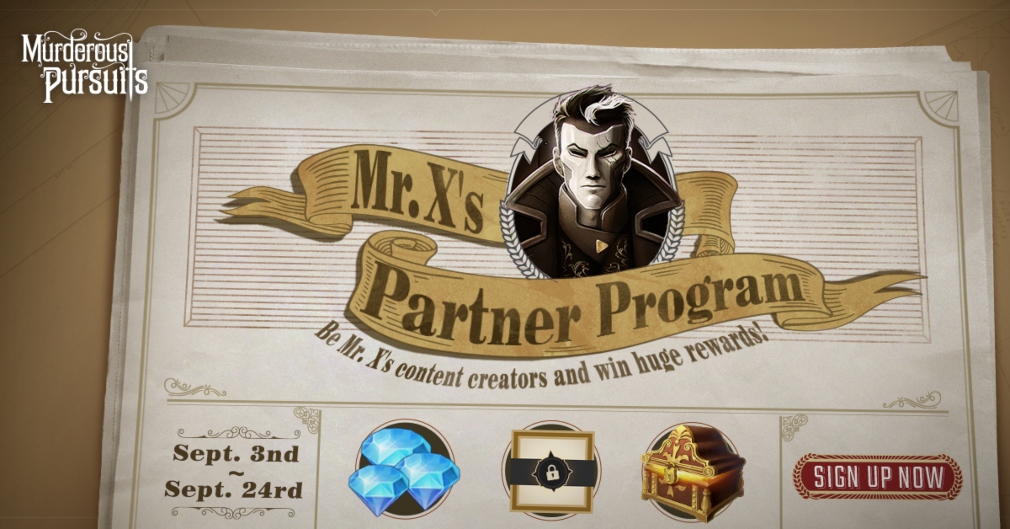 Alongside the 7 other players, there will be a host of NPCs that it will be beneficial to imitate to help you blend in. There will also be different interactive elements you can use that will also help conceal your identity from other players.

You may eventually get caught however and when you do there are a few power-ups you can use that will aid in your escape. This includes the likes of Pie Bombs and Flash Grenades.

Murderous Pursuits is available now over on the App Store and Google Play. It's a free-to-play game with in-app purchases.

On the lookout for more action-packed multiplayer games? Here are 25 of the best for iPhone and iPad
SEE COMMENTS