Garena Free Fire's latest Elite Pass, Celestial Street, has now arrived. It introduces a fresh story within the Free Fire universe that revolves around opposing crews, the disappearance of one of their leaders, and the two life-long friends stuck in the middle of this escalating battle.

Damon and Celeste were childhood neighbours and best friends that were nevertheless raised within different cultures and crews. They'd often rebel against their parents to keep their secret relationship going, though things got especially messy when Celeste was selected to become the leader of the Celestials.

In time, Damon began to resent Celeste's quick rise to power and struggled to convince his father of his ability to lead the Hellkin. Now, six years later, Damon has gone missing, and the Celestials are the ones being blamed. 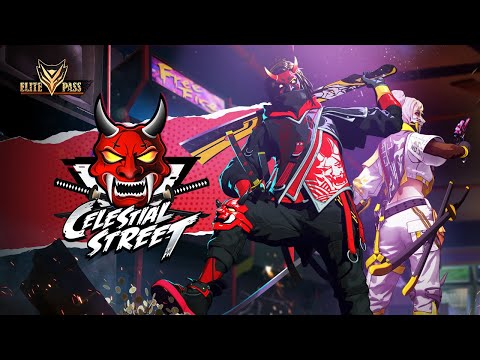 The latest EP rewards are themed around Damon and Celeste's distinct crews. The Street Devil and Street Angel bundles contain outfits typically worn by the pair when they're in battle. Some of the other rewards include the Demon Fury loot box skin, the Celestial Blade skateboard skin, the Demon Fury backpack skin, and the Dust Off emote.

Interestingly, Damon and Celeste's designs were inspired by the concept of a modern samurai combined with a mechanical look for the lower part of their outfits. Damon's skins boast red and black colours, while Celeste gets yellow and white.

Garena Free Fire is well worth a go if you're a battle royale fan. You'll find it up for download now from both Google Play and the App Store.

On the hunt for the very best battle royale games on mobile? Well, here are some of our favourites for Android