OrangePixel will bring a dozen of its latest games to Switch, starting with roguelike Meganoid next month

Gunslugs, Heroes of Loot, Space Grunts, and more all heading to Switch

One of the busiest developers in mobile gaming, OrangePixel, is set to release a dozen games on Nintendo Switch, starting with 2017's Meganoid on September 8th. Following that, you can expect to see the Gunslugs, Heroes of Loot, and Space Grunts series land on the eShop.

OrangePixel has been a prolific indie developer since 2004, having released a number of high-quality pixel-art games on mobile, 3DS, PS Vita, and PC. What's also interesting about his games is that many of them are part of an interconnected universe following a single storyline. The upcoming Residual is his latest game, and it serves up a neat blend of survival and platforming challenges.

Meganoid, a hard-as-nails platformer reminiscent of Spelunky, is a great starting point for anyone new to OrangePixel's work. Set in an intriguing sci-fi world, it sees you attempting to survive after your ship, the titular Meganoid, is thrown into chaos.

The game makes use of roguelike elements such as procedural generation and alternate routes to keep its action both fresh and intense. As you continue to progress, you'll unlock new and improved gear like the jetpack and anti-gravity boots. 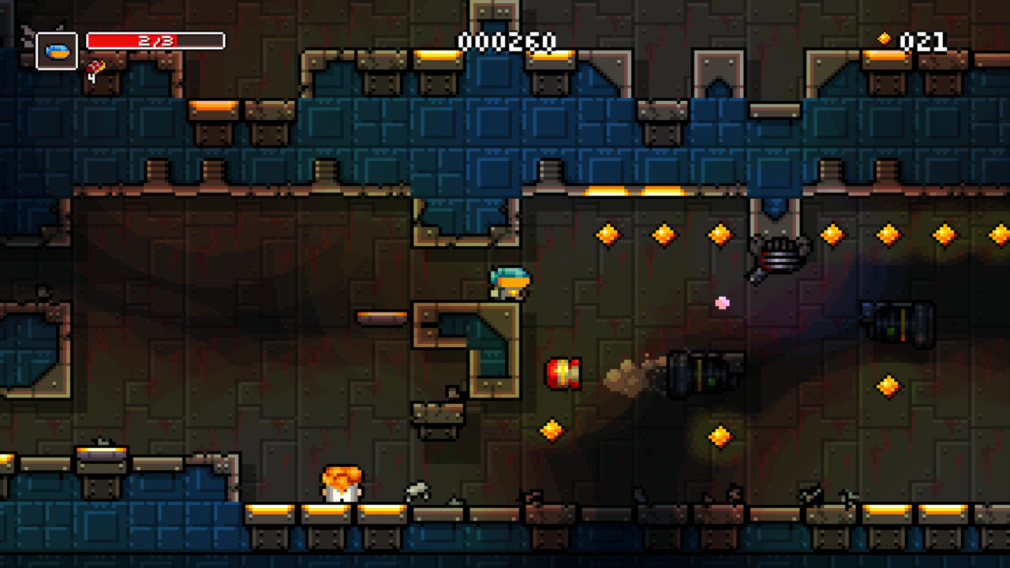 Intrepid explorers can also seek out green key cards that allow you to mess around with certain elements of the combat. For example, you can reduce the range of enemy rockets, force enemies to drop extra lives, and stop their weapons from functioning properly.

If you're in need of more info, here's a handy link to the game's eShop page. You'll find Meganoid available for purchase now from both the App Store and Google Play, with the Nintendo Switch version currently expected to arrive on September 8th.

On the hunt for the best RPGs on mobile? Well, here are 25 of our favourites for iPhone & iPad
SEE COMMENTS

PUBG Mobile will be updated to version 1.0 on September 8th with a host of visual upgrades, gameplay features and more