Outbreak Chamber is an upcoming action game for Android that's also currently available in beta. It will be the first official gaming endeavour from indie developer Hank Kellstrom, also known as Scape Hatch. The game is set to properly release on September 1st.

The game is set in a scientific facility called Hatch Labs where a plethora of mutated germs have infested the building and are now looking for a way to escape. It'll be up to players to prevent this from happening by sorting the different colour variants and containing them together.

This will mostly consist of swiping germs of set colours into their own boxes before they overwhelm the screen. Dragging them into the wrong colour will damage that box and lower your overall score, with the mobile classic three-star system in place. Similarly, if you don't sort the germs quick enough they will explode and bounce around the screen, potentially damaging the machine even more.

The contained germs will then be turned in chroma cubes which can be spent to develop new tools to help deal with the threat. This might include antibuddies. These come in different varieties, each with their own abilities that will help capture germs and they can be upgraded further to increase their efficiency. 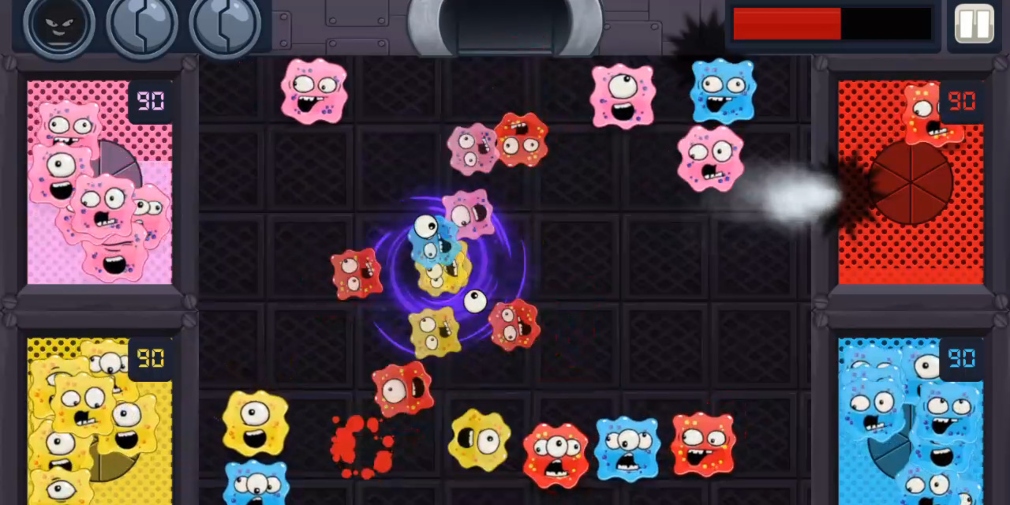 Beyond that, there will also be an array of gadgets to unlock and level up. These will also help with containing the germs. For instance, the shock grenade will stun a bunch of them and then you can simply tap them to send them to the correct containment box. You can see an example of both gadgets and antibuddies in action by watching the embedded video above.

Outbreak Chamber is available now over on Google Play in Early Access form. However, it will be fully launching 1st September. It's a free-to-play game with in-app purchases.

On the hunt for more action games? Here are 25 of the best available for Android