The second season of Respawnables Heroes' Battle Pass has landed today, serving up 51 new levels to progress through while unlocking neat rewards every step of the way. The first of them is a rare skin for character Brock. You can also expect to earn new equipment, legendary skins, and more.

That said, the biggest addition here is arguably the game's latest character, Specter. She's said to be a "free spirit of Russian origin and unknown allegiance" who has built up quite the reputation as a first-class recon operator. This should hopefully give players the chance to devise devilish strategies.

Specter offers a long-distance combat skill and a handy stealth ability. Her attacks can do decent damage to far-off enemies, and she's also quite adept at taking down rival defences from a distance.

On top of that, she can use her augmented vision to zoom into the action from a safe and remote position. This, according to Design Director Alvaro Rica, opens up a new dimension to maps when exploring open spaces or lurking at great heights. 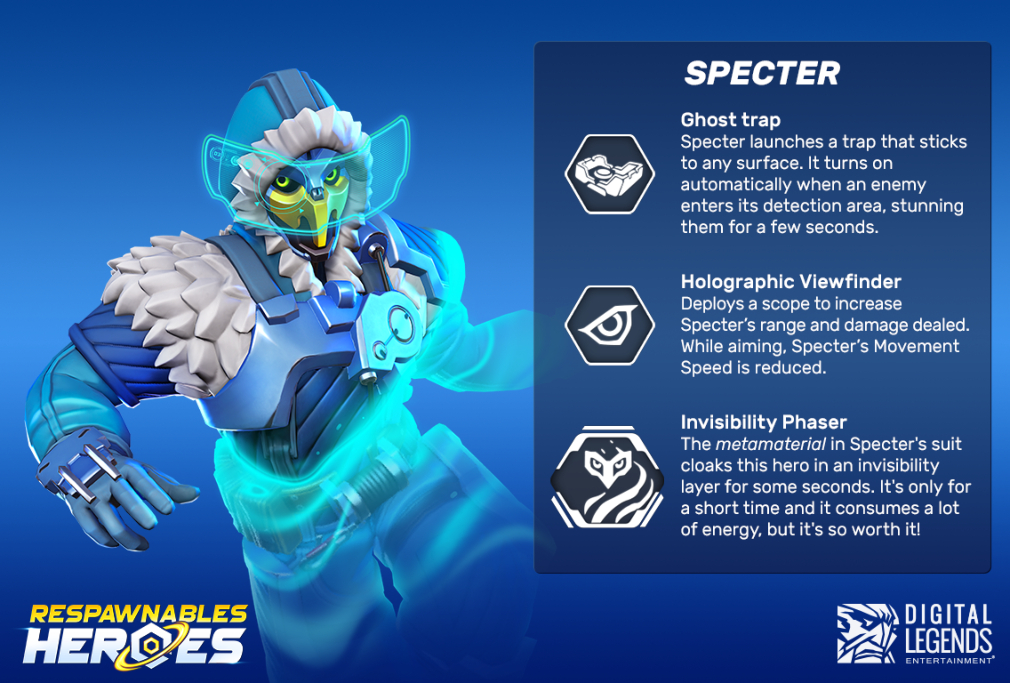 Specter can even traverse the map completely unseen using her handy invisibility powers. This allows her to reposition herself when required and escape plenty of tricky situations.

Respawnables Heroes is currently still in early access for iOS and Android. If you were a fan of the original Respawnables and want to get involved with developer Digital Legends' latest, you'll find it available for download now as a free-to-play game from both the App Store and Google Play.

On the hunt for the very best mobile multiplayer games? Well, here are 25 of our favourites for iPhone & iPad
SEE COMMENTS