There's the occasional bench too

Couch Installation Service is the first mobile game from developer ilyathehuman and as you can most likely tell from the name, it involves moving around sofas and doing so is presented as a little puzzle. It's available now for Android devices as a premium game.

The aim of the game is very simple, players will take on the role of a hard-working employee who arranges couches for a living. Each level will see them tasked with laying them out in designated areas within that room.

It's a Sokoban-like puzzler then and each couch will be represented by a 2 by 1 cell size. The catch is that only one side of the couch can be moved at a time, which means that you'll frequently need to readjust the positioning. They must also be placed in a set direction, which will be indicated by large arrows on the floor.

There will be multiple couches on some stages which naturally make the game more tricky as you have to figure out how to move them around one another before slotting them into the correct positions. You can see some of the gameplay in the embedded trailer above where you'll notice that the character moves around in a grid-based fashion even though there are no visible grid lines. 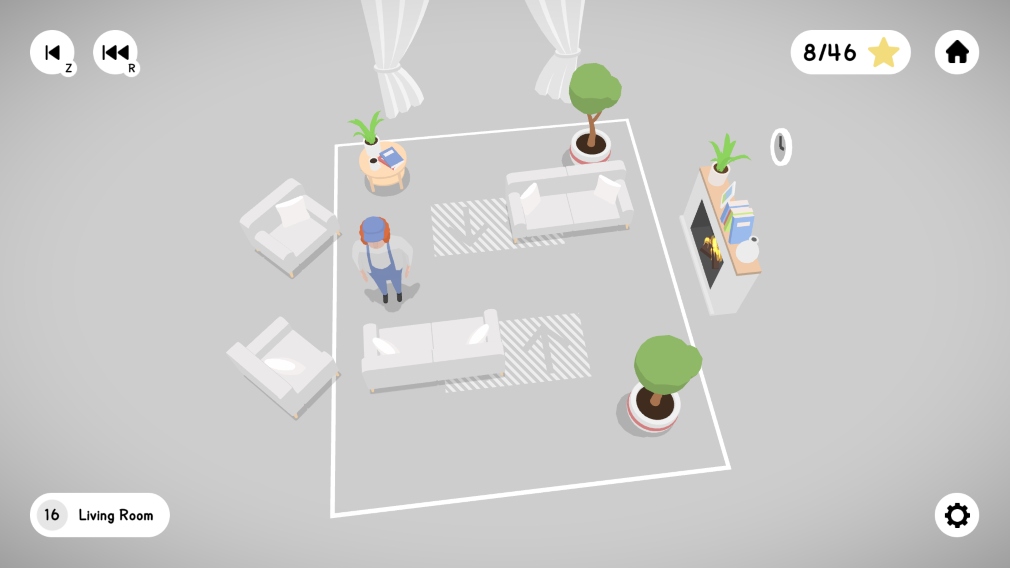 All of which serves to preserve the pretty, minimalist aesthetic the developer has opted for. The game has launched with 35 levels of couch and occasionally bench moving puzzles. This will apparently take around three hours to complete, depending on how au fait with solving brain teasers you are.

Couch Installation Service is available now over on Google Play. It's a premium title that costs $2.99.

Looking for other great puzzle games to play on your phone? Here are 25 of the best available for Android