Samsung has always made great high-end phones that are brilliant to game on. Its supply chain mastery produces impeccably specced gaming machines.

But rival brands like OnePlus and Huawei have shown that they mean business of late. OnePlus makes our favourite Android phone of the moment (the OnePlus 8 Pro), and Huawei has overtaken Samsung to become the world's biggest phone maker.

So how does Samsung's current £1,200 flagship, the Samsung Galaxy S20 Ultra, stacks up to the rest as a gaming phone? Let's take a closer look.

The Samsung Galaxy S20 Ultra is a chunky phone. It's slightly taller, wider and thicker than the OnePlus 8 Pro, and its weight falls right in between the 8 Pro and the preposterously huge Black Shark 3 Pro.

Its glass-and-metal body feels nicely balanced in the hand though, which is essential for extended gaming sessions. Samsung has flattened out its display, which turns out to be a a game-friendly move, resulting in comfortable landscape handling and no visual anomalies at the edges. 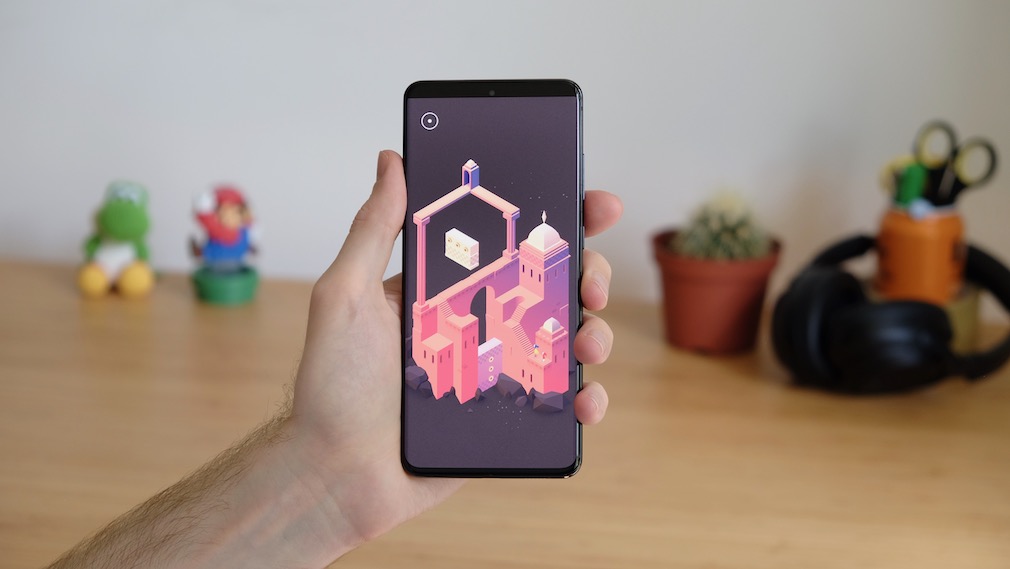 This is a predictably great screen for gaming. We're talking a massive 6.9-inch AMOLED with a maximum resolution of 1440 x 3200, aka QHD+, and colours that really pop. You can bump up the screen refresh rate to a super-fluid 120Hz, though you'll have to crank the resolution down to Full HD+ if you do so.

The OnePlus 8 Pro lets you do both things at once, of course, which gives the most potential for extremely crisp and fluid graphics. But most games aren't optimised for these dual extremes right now, and we were more than happy with the 1080p/120Hz split.

You don't get a headphones jack, which is a shame in such a big phone. But you do get a decent set of stereo speakers. 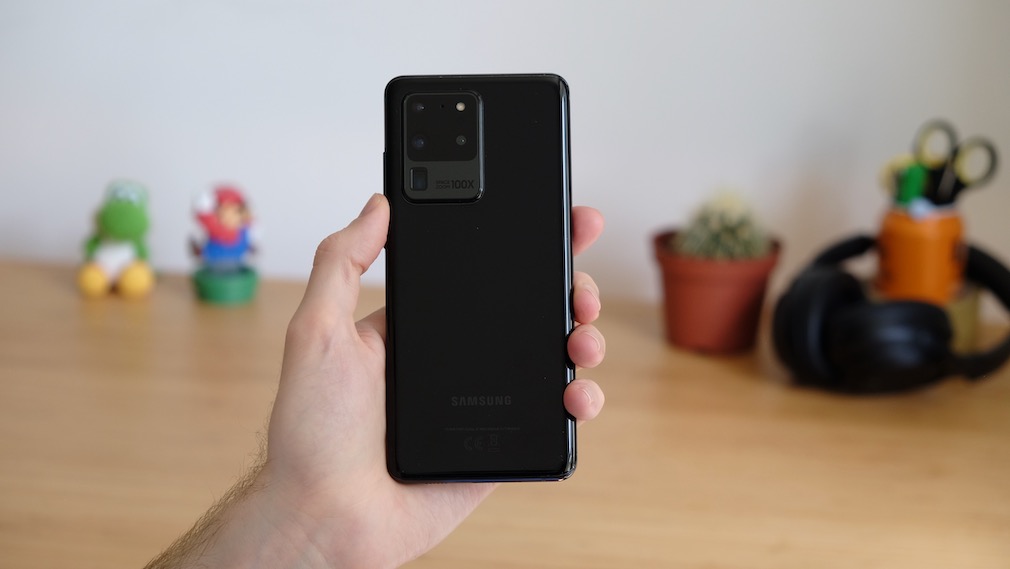 A sizeable 5,000mAh battery sounds impressive, but you'll get the usual day of moderate to heavy usage out of it. That huge 120Hz screen takes it toll, but there's nothing to worry about.

If we weren't so focused on the gaming side, we might talk more about the Galaxy S20 Ultra's headline 100x zoom camera. But all you really need to know is that it doesn't work very well. What it does do is allow you to take genuinely good 10x zoom shots alongside some very good regular snaps.

Samsung has a history of maxing out performance on its flagship phones, but the Galaxy S20 Ultra represents a minor stumble. The model that ships in the UK and indeed most of the world packs Samsung's own Exynos 990 CPU, which simply isn't as fast as the Snapdragon 865 that powers its main rivals (and, annoyingly, the American S20 Ultra).

As a result, the likes of the OnePlus 8 Pro and the Sony Xperia 1 II all perform better with games - at least technically. In practical terms, we couldn't discern a clear performance drop with the Galaxy S20 Ultra across any of the games we played on it, because no game really stretches modern high-end hardware. 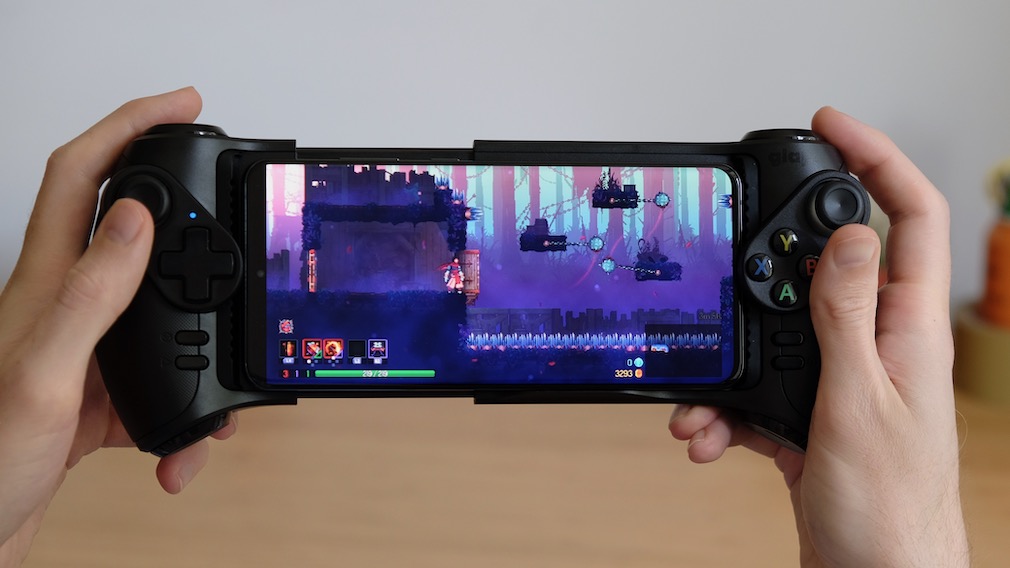 Fast-paced 2D Roguelite Dead Cells runs impeccably. Pair it with a Bluetooth controller like the pictured Glop Play P/1, and it's on a par with the console and PC versions. Better, in some respects, in fact.

3D racer GRID ran like a dream, and Grand Mountain Adventure looked as pristine as one of its snow-capped mountains. PUBG Mobile with Ultra settings, anti-aliasing, and shadows? Not a problem. 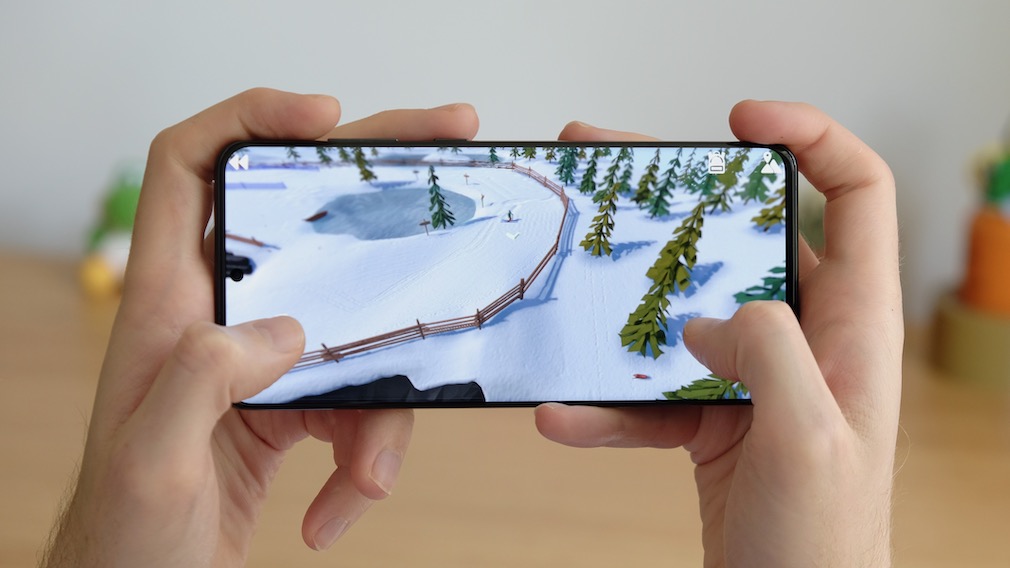 That said, we did have problems with a glitchy Forza Street. We're not sure why, but whenever we booted it up, the audio went all crackly and the performance stuttered to a crawl even before we entered a race. We also noted that Sky: Children of the Light exhibited some odd lighting effects.

There could be a number of reasons for these glitches, but it's something we haven't seen in any of the Snapdragon 865 devices we've used. We also found that the Galaxy S20 Ultra tended to run quite hot when under gaming load.

The Samsung Galaxy S20 Ultra is an impressive flagship phone, with one of the best screens in the business, decent power, and a capable camera.

When it comes to the gaming experience, however, it's not quite top drawer. The Exynos 990 chipset, while very capable, isn't at the level of the Snapdragon 865, while developer support isn't likely to be quite as good.

Elsewhere the either/or choice between 120Hz or QHD when it comes to the screen isn't one you have to make with the OnePlus 8 Pro. Given the £1,200 price tag, these minor drawbacks become more meaningful.

If you can get a great deal on the S20 Ultra, you're unlikely to be disappointed. But right now it's not quite the bleeding edge gaming phone its price would suggest.

A fine phone with an excellent screen and ample horsepower for gaming. However, the Galaxy S20 Ultra is very expensive, and Samsung's choice of chipset for the global model isn't as potent or well-supported as those of rival flagship phones. You can get a better gaming experience for a lot less money.
By Jon Mundy
| Aug 12, 2020 |
SEE COMMENTS