Be fly with the gun in your hands.

Armajet is in a unique territory in the mobile gaming world. It's popular, but it's not huge like some of the other top mobile shooters out there. Yet, it does have an esports following although it's relatively small at the moment, but it is pretty popular in Discord groups.

One thing the game does well is separate itself from other popular gun games. Many of the top games are first-person shooters or allow to play in third-person also. Some allow you to play from both perspectives such as PUBG Mobile. And others have top-down camera angles.

In Armajet, the camera angle is that of a platformer or fighting games like Smash Bros. and Brawlhalla. Yes, this angle isn't uncommon by any means, but it's pretty rare for a shooter. On top of this, instead of jumping, you focus on using your jetpack to get some lift. Fly and shoot is the name of the game. We give you a few reasons why you should give this game a try if you haven't.

Want more? Check out our growing collection of Armajet articles!

It's easy to learn 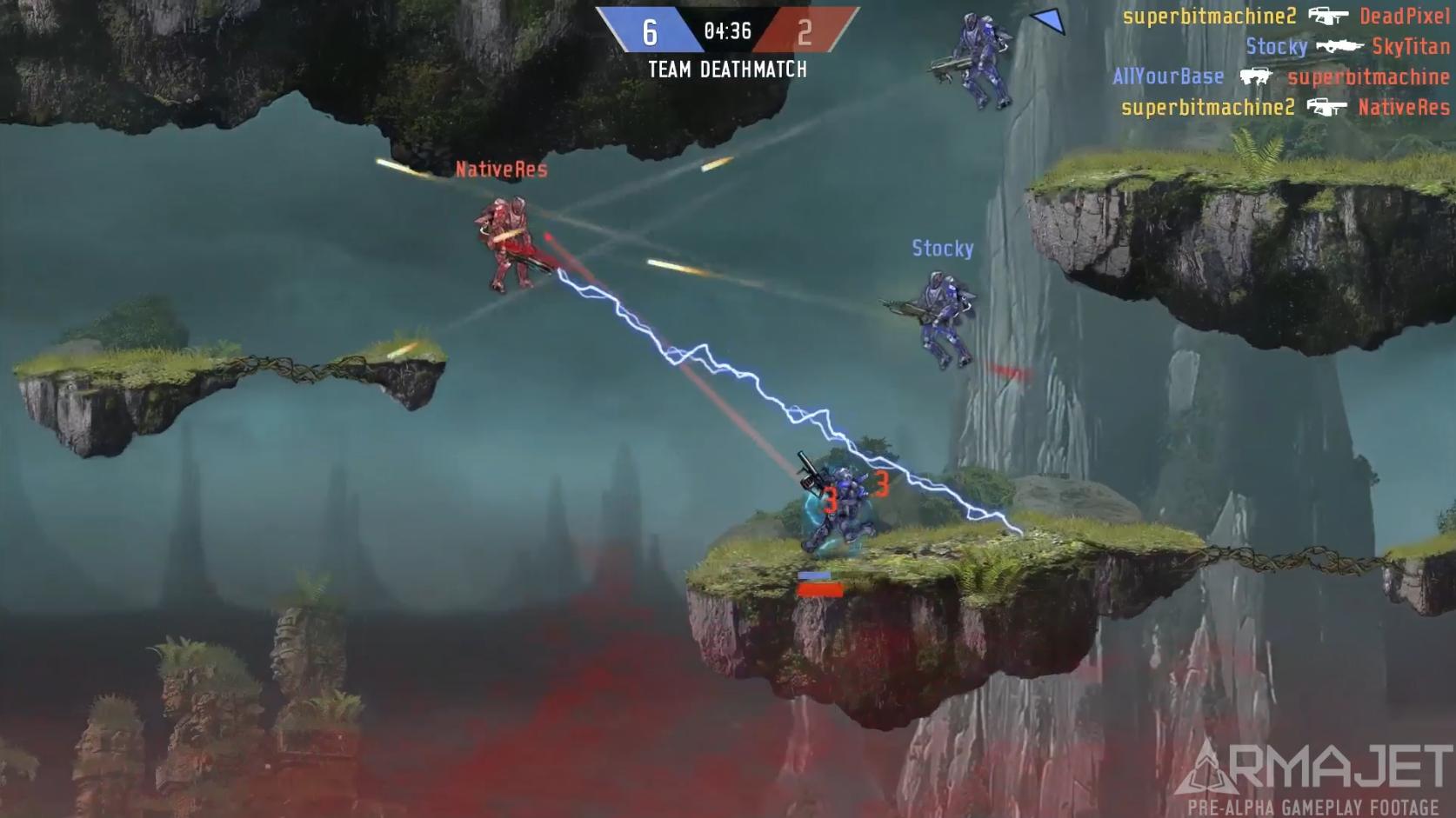 The first and probably the most important thing is that it's easy to learn how to play the game. In fact, Armajet is such a simple shooter, that there's no true tutorial besides a few hints. You go in and get used to the controls pretty quickly.

Now, it's a tough game to master, especially when playing online against other players. After all, it's an esports game for a reason. There are a ton of highly skilled players out there. But it's better than struggling with a game while getting wrecked by players who are way better (been there, done that).

But really it's fly, shoot and throw (grenades). The hardest thing you'll need to do is getting comfortable with different loadouts but experimentation is always fun. So all in all, I'm not saying the game is a walk in the park, but the ability to just jump in, and get used to its gameplay is quite an attractive part of its charm.

Gun games are always good fun when you have some good ultimate attacks you can use. You can fill up a meter by making plays within matches. Once it's all filled up, just tap the icon to unleash it on your foes. You start off with Super Speed but can unlock more over time.

You can get most of them by opening item packs that operate similar to card packs or loot boxes. These boxes can be used to unlock new weapons and characters too. With so many Ultimates available in the game, it wouldn't be shocking if you got one within your first few packs.

Simply playing the game or making microtransactions (I know, I know....). If you don't feel like making a purchase, then be patient and you'll get free packs every day. In one of my first free packs, I got a fresh new weapon to add to my loadout. Now that doesn't sound too bad, does it? Wait for the free, and get lucky.

Of course, how can we leave out one of the signature features of the game? As you fight, you will freely be able to use a jetpack in place of a regular jump button. Each character that you unlock will have this ability. What's cool about is not only that it's a bit different, but it's stylish too.

Getting kills while flying overhead is quite satisfying. It's like reigning death from above and it's cool. It's also fun to use when trying to dodge, as you seemingly float from platform to platform. And if you activate the Super Speed Ultimate, then you'll be picking up the pace.

This element adds to the fun nature of the gameplay, and makes a bit more exciting for fans of the esports scene as well. And its platformer/brawler camera angle is excellent for this ability. You can really see the layout cleanly as you fly around, taking down foes.

Armajet: Three fun things you can unlock via packs