It's fair to say that SpongeBob: Krusty Cook-Off was a hotly-anticipated game given the 17 million pre-orders it amassed prior to launch. So it only makes sense then that the developing partnership Nukebox Studios and Tilting Point would be releasing updates with additional content to keep that momentum going.

Today that update comes in the form of a new themed world called New Kelp City, an underwater parody of New York City. Here players will serve up a variety of new treats in the Last Chance Coffee restaurant. This will include various caffeinated beverages and pastries that the likes of Mermaid Man will order. 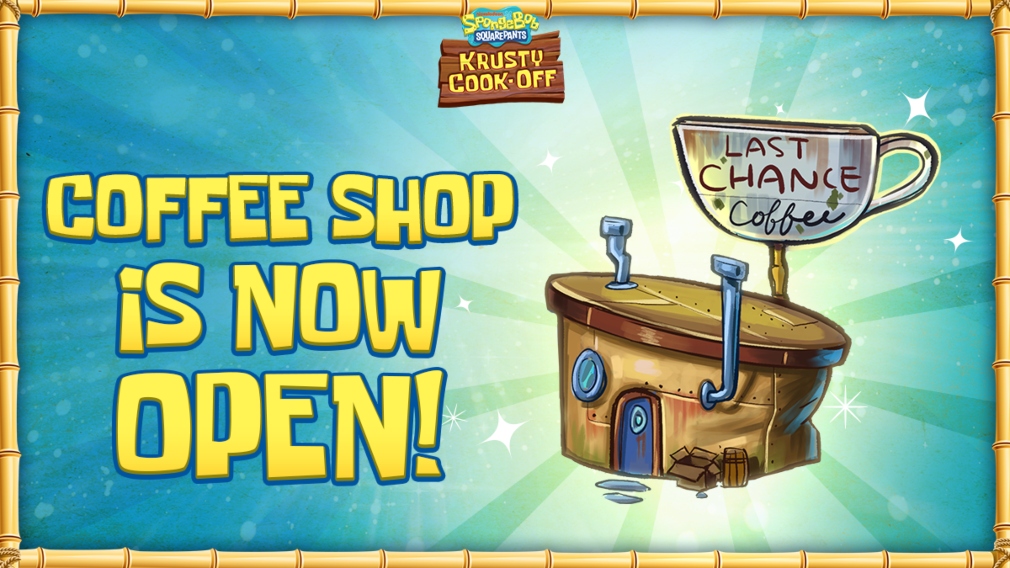 This follows the addition of the Salty Spitoon, which arrived in mid-July, where players had to serve a variety of Bikini Bottom's toughest customers. Tilting Point and Nukebox Studios are looking to add more restaurants, costumes and features in the future.

If you're unfamiliar with SpongeBob: Krusty Cook, it's a fast-paced food serving game where you'll look to provide the populace of Bikini Bottom with various cooked meals to satisfy their appetites. You'll also meet and chat with several familiar faces too such as Mr Krabs, Sandy Cheeks and Squidward Tentacles.

Players will also be able to visit a variety of different places from the show alongside the Krusty Krab. This includes SpongeBob's pineapple home and Sandy's Treedome, so there's plenty of fan service on offer. Players will also be able to design their own versions of Bikini Bottom's most recognisable eateries as they make their way through hundreds of different levels.

SpongeBob: Krusty Cook-Off is available now over on the App Store and Google Play. It's a free-to-play game with in-app purchases.

On the hunt for some top tier puzzlers for your phone? Well, you're in luck! Here are 25 of the very best for iPhone and iPad