Blast your through randomly generated levels

If you enjoy both cats and bazookas, Rocat Jumpurr might be the perfect game for you. It's a roguelite dungeon crawler and platformer where you'll play as a rocket launcher-wielding cat that uses the kickback from the weapon to propel itself through the levels. It's available now for both iOS and Android. 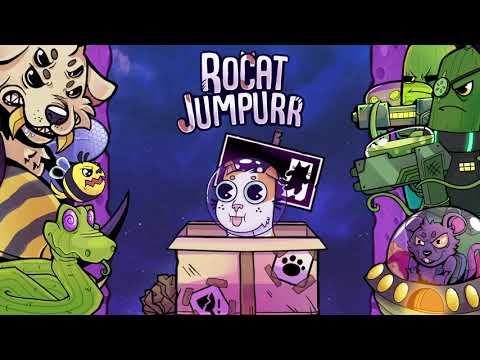 Rocat Jumpurr is designed to be incredibly simple to play, only requiring the use of one finger as you blast your way through the game's endless levels. Firing the rocket launcher is the only way our feline hero can move so you'll need to use it to leap over obstacles alongside destroying enemies and obstacles. Essentially, if there's an issue in Rocat Jumpurr, it can be solved with a rocket-propelled grenade.

The enemies you'll face as you make your way through the randomly generated stages include mice invaders, sentient cucumbers and irritating pigeons. Whilst you're dealing with those you'll also want to be on the lookout for Goldfish, Silver Cans and other tokens that can be exchanged to make your weapon more powerful.

These upgrades can be purchased at the end of every level. However, given that this is a roguelite, each time you play through the game the upgrades – as well as the levels themselves – will be randomised, which should keep the game feeling fresh and interesting with each new run.

Rocat Jumpurr is available now over on the App Store and Google Play. It is a free-to-play game with in-app purchases.