Now available for iOS and Android 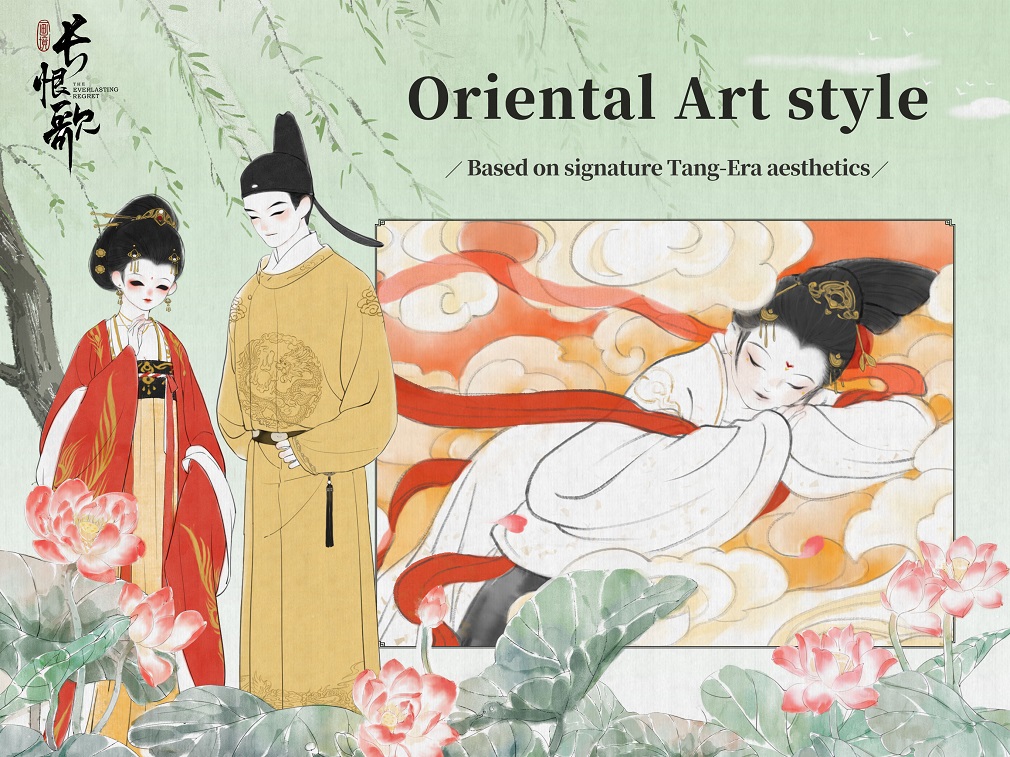 It has a beautiful Oriental art style

The game has adopted the artistic style of the Tang Dynasty from back in 500 A.D. It certainly gives The Everlasting Regret a very distinctive look that helps it stand out against most other mobile games that are currently available. It's called Chinese ink painting and not only does it look undeniably lovely, it also ties neatly into the puzzle-solving mechanics of the game. 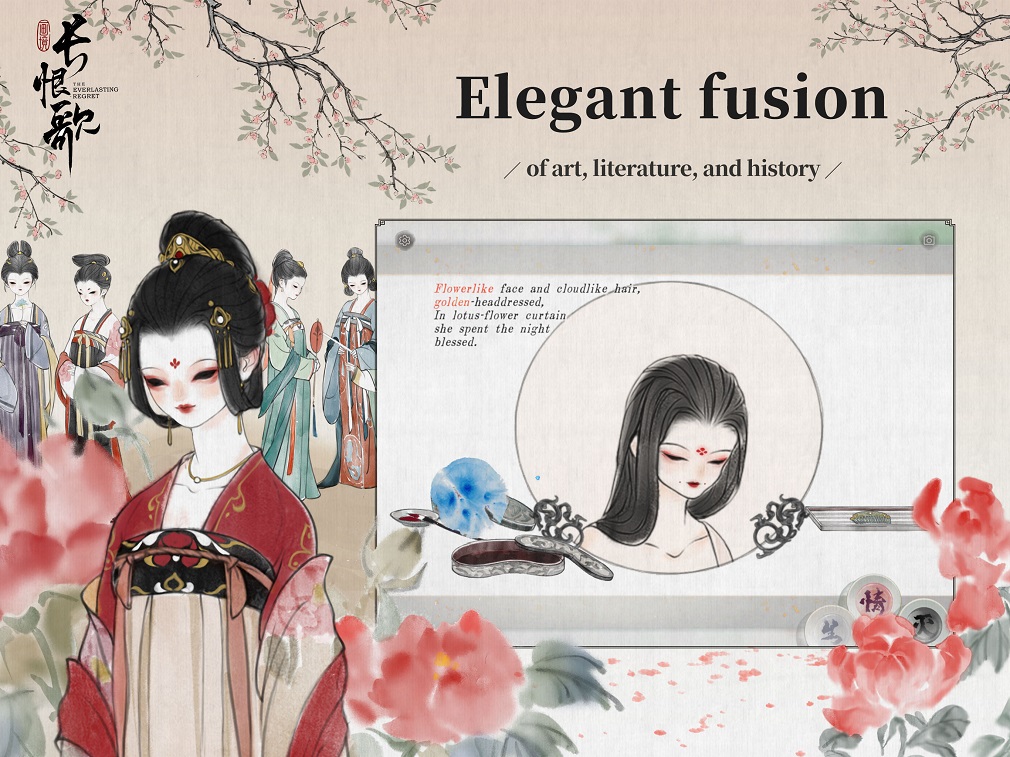 The Everlasting Regret is effectively a series of gorgeously illustrated scenes where players will have to navigate their way through the story by selecting the right inks. Players will need to choose between bond, vivify and erase to modify the different elements of the poem. This will seem them searching through each scene in the first instance to discover the elements.

For instance, if the poem mentions love at first sight, it would make sense to use the bond ink to join the pair by drawing a line between their eyes or if they're applying makeup you would use vivify on the various beauty products. However, there are additional secret scenes that can be discovered by using the 'wrong' ink on occasion, giving players more reasons to experiment in additional playthroughs. 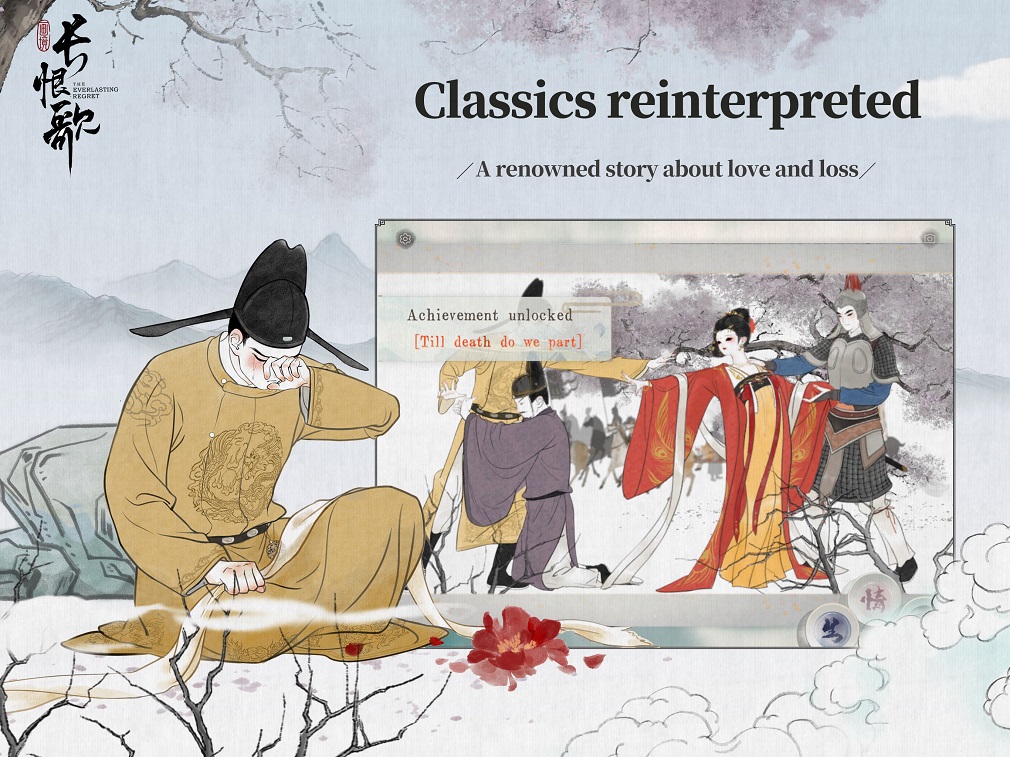 It's been made by five young graduates

The Everlasting Regret has predominantly been created by five graduates who wanted to show the beauty of classical Chinese poetry through the lens of a puzzle game. They hope by combining painting and poetry they'll be able to show the player the elegance of Oriental literature. So even though it has a huge company behind it, it's still a chance to support up and coming game creators and given that it's free, it won't cost you a whole lot either. 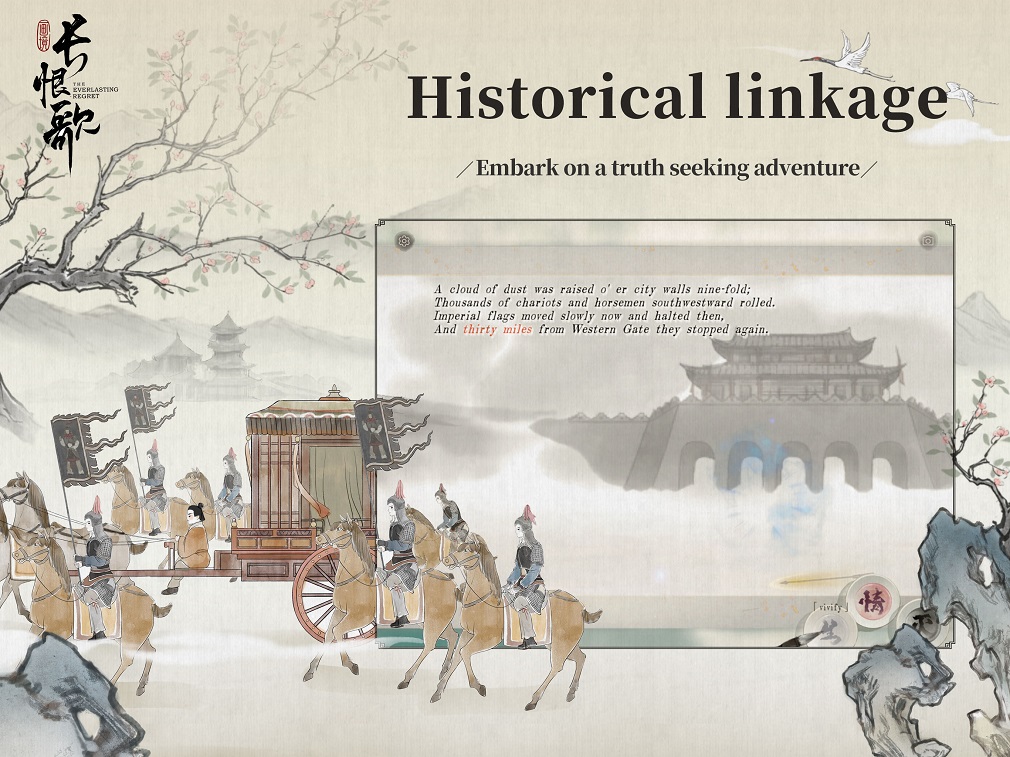 If you enjoy history or learning about other cultures in general then The Everlasting Regret would be a perfect fit for you. Not only is it an adaption of the poem Song of Everlasting Regret but there are also a whole host of other features that will help players learn more about the era as a whole.

There will be a commentary that players can access in each of the scenes that will provide historical background, cultural context and literary significance for everything that appears throughout the game. There will also be additional verses from other literary pieces from the Tang Dynasty so players can discover even more of the period's works.

The Everlasting Regret is available now over on the App Store and Google Play where it can be downloaded for free.