Including Gears 5, Grounded, Forza Horizon 4, and many more

xCloud has been in closed beta for a while now on iOS and Android. Of all the gaming streaming services that have come along recently, it's the one that perhaps offers the best value. For $14.99 a month, you'll be gaining access to a giant library of games, Xbox Live Gold, and xCloud.

Many of the featured Game Pass titles are well worth playing, with some of the highlights including Yakuza Kiwami 2, Gears 5, Destiny 2, Halo: The Master Chief Collection, Grounded, Forza Horizon 4, and Sea of Thieves. The full list of 100+ games will be revealed on September 15th. 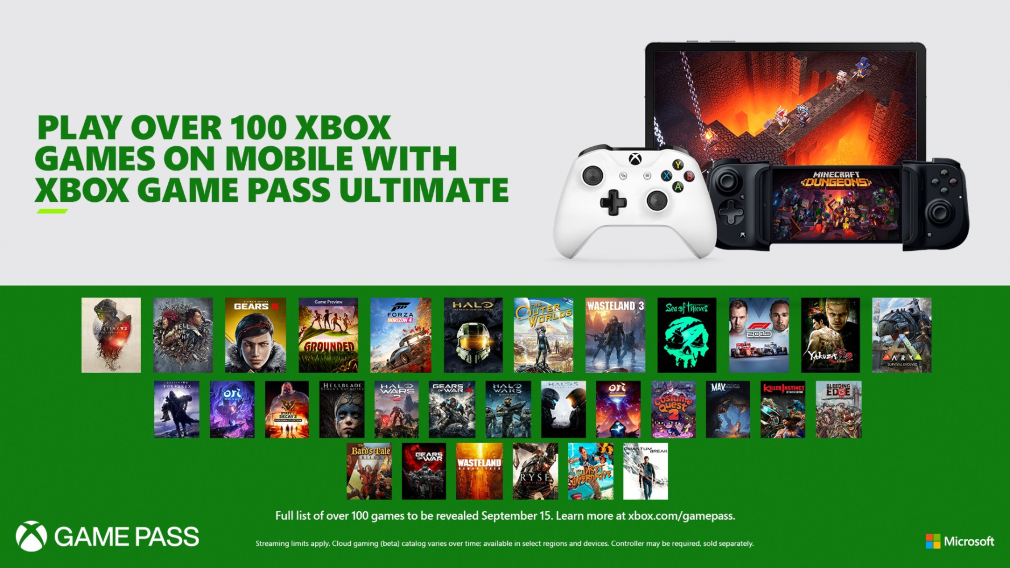 I'm personally very excited to give it a try, though latency issues will obviously always be a concern. I'm lucky enough to have a decent internet connection, but even then, services like PlayStation Now have been almost unplayable for me in the past. For iOS players, it's looking like you'll have a slightly longer wait on your hands before you can start playing some Halo while on the go.

Searching for the best games of tomorrow? Here are 50+ of our favourites in soft launch