Shot Online Golf: World Championship, Webzen's hugely popular PvP golf game, has just received a giant update that introduces plenty of neat new features. It was already a competitive and rewarding experience prior to now, but the update expands the late-game progression in several ways while setting new goals for the most skilled of players to tackle.

So, here's a list of everything added on the new update and how exactly to make the most of these new features.

How to earn level up points

First up, the update increases the character level cap from 200 to 400. This is obviously a massive change that lays the groundwork for future player progression. Levelling up is one thing, but you also need to receive sufficient rewards along the way. Thankfully, Webzen has a perfect fix.

When progressing from level 1 to 200, you'll earn yourself special level up points. And don't worry if you've already levelled up a ton, as you'll automatically receive your points through the in-game mailbox.

From level 201 to 400, you'll start to receive special items on top of your level up points. These include Rubies, Gems, Pins, Fixed Pins, and more. That said, you'll no longer be rewarded with status increases. 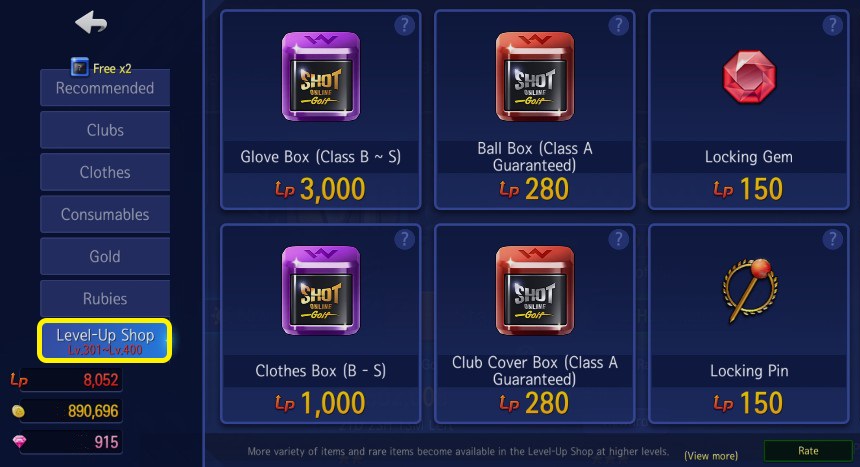 Using the all-new Level Up Shop

Then there's the all-new Level Up Shop. Here, you can buy a host of handy items using your level up points.
A Putting Guide, Power Drink, Club Box (Class A-S), and a Single Shot Clothes Box are just a few of the items you'll be able to purchase. You should also know that displayed products will vary depending on your current level. 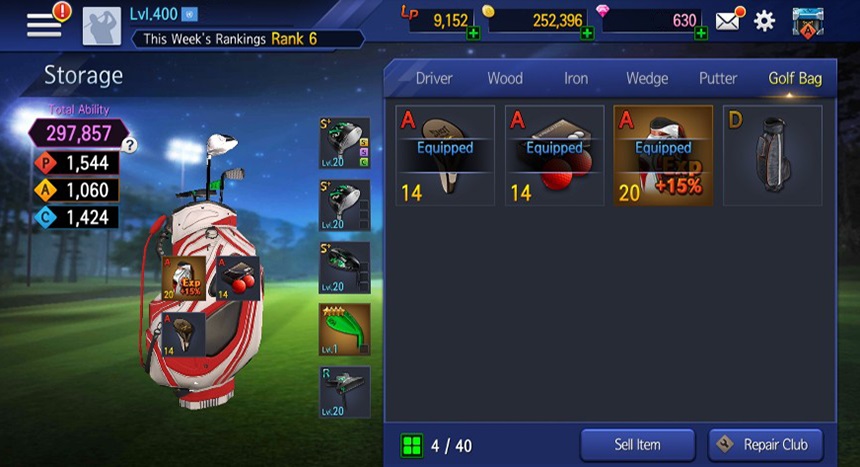 The inclusion of EXP Boost Golf Bags improves progression further still, allowing you to earn EXP and level up at a faster rate.

The lowest tier bag offers a slight 5% EXP boost, while the highest gives you a massive 30% EXP increase. These can be purchased from the in-game store or as part of a package. The bags are easy to equip via your in-game storage, and know that one bag is used up per hole.

And that's just about everything added as part of the mammoth update. If you're searching for a top-tier PvP golf game, you'll find Shot Online Golf: World Championship available for download now as a free-to-play title from both the App Store and Google Play.