Cards will be revealed daily on the game's official website

Earlier this month Blizzard announced the expansion for their popular digital card game Hearthstone. It's called Scholomance Academy and will introduce 135 new cards to the game. We now know it will arrive on 6th August with cards being revealed in the lead-up.

Between today and July, 29th Blizzard will be unveiling new cards throughout each day over on their official website, so stayed tuned to that if you're eager to see what's being added. If you don't feel like constantly checking the website you can always catch the final card reveal on July 29th at 10 am PT over on the Hearthstone Twitch channel.

There will also be private pre-release Fireside Gatherings for players to sign up to that will give them a chance to open a few packs before the expansion is officially released. These will take place between July 31st and August 3rd with more information available over on Hearthstone's site.

If you missed the initial announcement of Hearthstone's upcoming expansion, besides the 135 new cards it will also introduce Dual-Class cards for the first time. These cards can be used by either class they represent and will have mechanics from both. For instance, Lightning Bloom is a Druid/Shaman card and will give the players 2 mana crystals for one turn but will Overload them by 2.

The 10 class combinations found in this expansion will include: 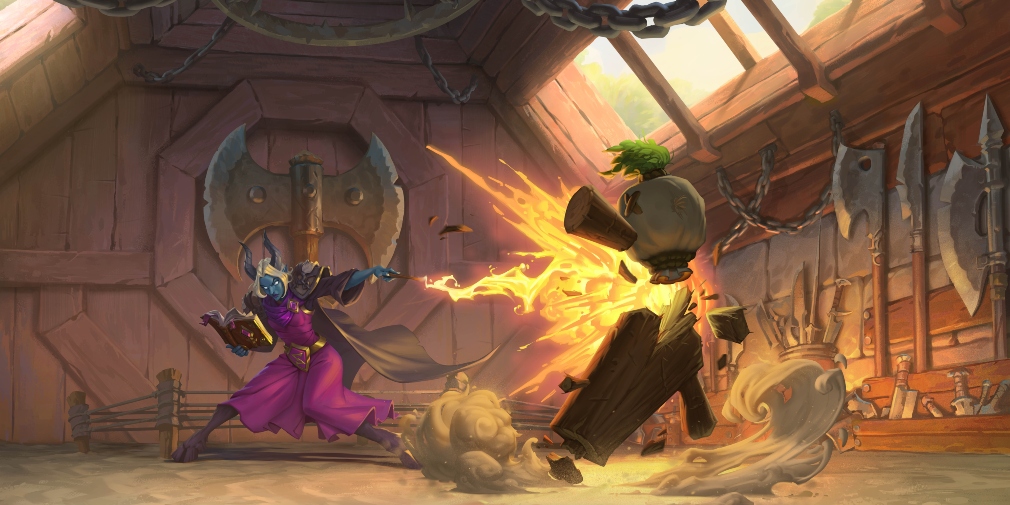 There will also be a new keyword introduced with the expansion called Spellburst. This is a one-time effect that certain minion cards will have which will activate when a spell is used when they are on the field. There will also be a new spell type called Studies and they will allow you to Discover a card immediately and then reduce the mana cost of the next card of that variety you play.

Hearthstone is available now over on the App Store and Google Play. It's a free-to-play game with in-app purchases.

On the hunt for more competitive mobile games? Here are 25 of the best available for iPhone and iPad
SEE COMMENTS