How to parry, block, fight, and win in Ninjala

Become a Ninjala pro with these important tips for parrying, fighting, and getting that victory

Ninjala is the latest free to play “battle royale” to land on Nintendo Switch, and in case you didn’t know, it’s actually surprisingly good.

Ninjala has you taking control of some young bubblegum ninjas, and you can battle against other ninjas for supremacy, victory, or just because you’re bored, I suppose. 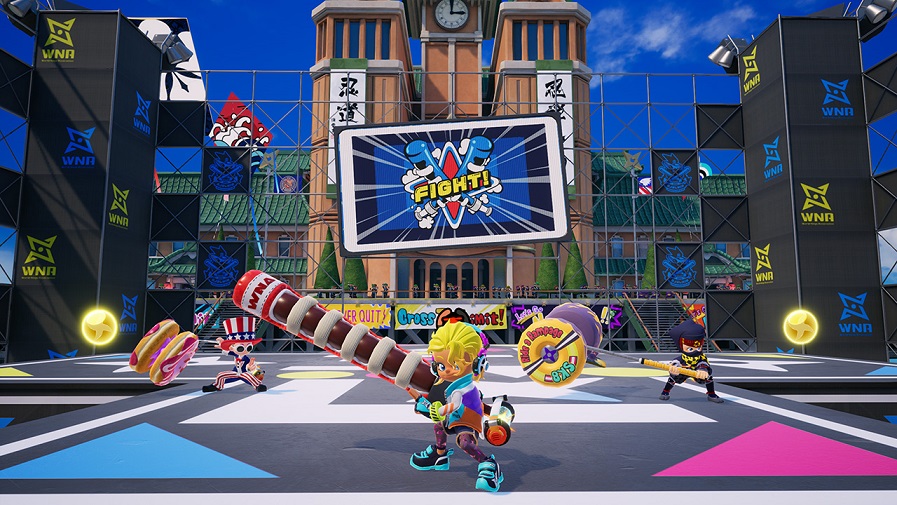 The game is a fascinating little experience, and one of the better free to play games you can enjoy on Switch right now, complete with a downloadable story mode chapter for those of you interested in finding out the lore of the series.

But we’re not here for lore, we’re here for battle tips. Below you will find all of the important information that you need to learn early on in Ninjala, and believe me, without this info you might find yourself being hung out to dry in the online battles that face you ahead…

When starting a game of Ninjala you’ll be tempted to charge straight for your opponents and start fighting. Well, as admirable as that is, it’s not actually the best idea.

What you should do instead is ensure that you’re fully prepared for the battle ahead, and to do that you’ll need to take down drones which you will find flying around in several locations on the map.

Take these drones down and you’ll be given more gum to use in battle, and this will make all the difference when it comes to winning and beating opponents. We’ll go into more detail on that below…

Movement is important in Ninjala, whether that’s running up walls or just moving at speed, and there are several ways to do that. An obvious one if your dodge on L, or your special ability, assuming you have one which dashes you forward.

If not, you’ll still have the aerial boost. Simply hold a bubble of gum in your mouth and perform a double jump – your second jump will turn into an aerial boost, which you can aim and direct in the air, allowing for much more manoeuvrability.

Of course, that aerial boost is even bigger if you have more gum, which brings us neatly back to our point about taking down drones for a better chance at winning…

The bigger your weapon, the harder they fall. This is the battle cry of the American experiment, and for the purposes of Ninjala, it’s a lesson you should heed.

Once again, you should ensure you are breaking those drones in each and every match, because you will eventually be able to put all that extra gum you stocked up into a giant weapon, which deals much more damage.

This also means that the last few minutes of each battle can be the most intense. Definitely don’t let up just because the battle is winding down, because it doesn’t mean you can relax, everything can change suddenly.

The parrying mechanic is vital for winning games in Ninjala, and if you’re like me and don’t want to spend too long staring at a tutorial, you may have missed its importance and gotten baffled in battle.

When clashing with an opponent you may see four directions flash up on the screen. You must select one of these directions, and so must your opponent, which will result in a minor game of janken, or Rock, Paper, Scissors.

Interview: Masanori Ichikawa, producer of Romancing SaGa Re;univerSe, discusses how he hopes the game can become an entry point to the series