Interview: Masanori Ichikawa, producer of Romancing SaGa Re;univerSe, discusses how he hopes the game can become an entry point to the series

Romancing SaGa Re;univerSe has recently been released globally, having launched in Japan back in 2018. We recently had the chance to ask producer Masanori Ichikawa a few questions about the worldwide release of the game. We discussed he hopes for the game alongside what fans can expect from it.

Could you provide a little introduction for yourself and your role in the development of the game for our readers, please?

Thank you for interviewing me, Pocket Gamer. I am Masanori Ichikawa, the producer of Romancing SaGa Re;univerSe. I’m also the producer of many other titles in the SaGa series.

How would you describe Romancing SaGa Re;univerSe?

This is a game that connects all SaGa titles. In Japan, SaGa is a popular JRPG series that has continued for 30 years. But at the same time, it’s a series that hasn’t had too many overseas releases in the past. Romancing SaGa Re;univerSe was created to allow many people to readily enjoy the essence of the SaGa series and get them acquainted with the series. If you play Romancing SaGa Re;univerSe and enjoy it, please try out the other SaGa series titles as well. 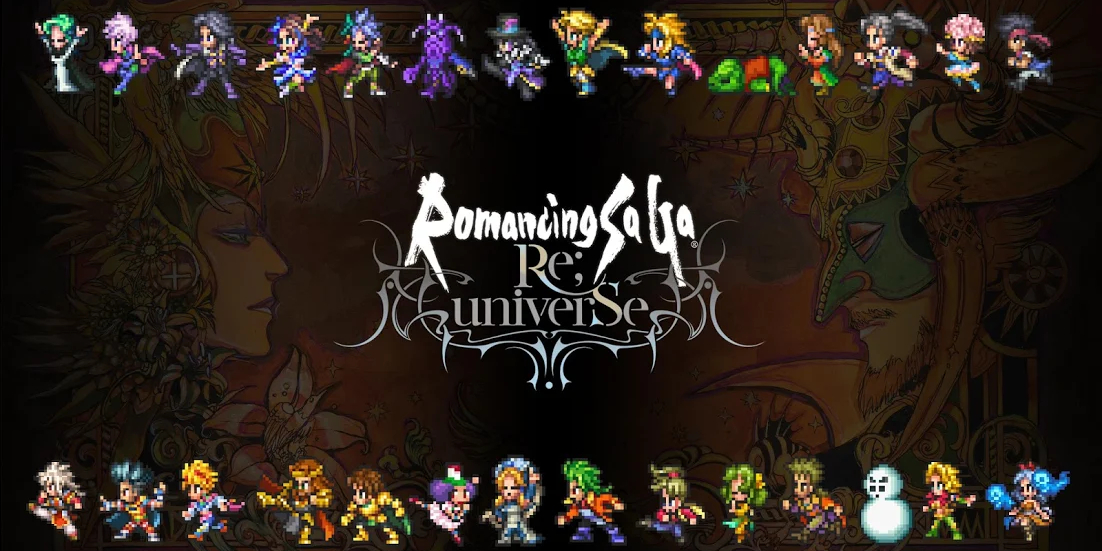 What do you think sets Romancing SaGa Re;univerSe apart from other games in this genre?

Though this is a gacha game, it

These contribute to the extremely fun nature of this game, hence its popularity in Japan.

Which characters from the older games can fans expect to see?

We are hoping to include characters from all SaGa titles, so I hope you all stay tuned.

Do you have a set roadmap going forward to keep the game updated? If so, what do you have planned for the immediate and long-term future?

This global version of Romancing SaGa Re;univerSe can be perceived as an extremely powered-up version of the original Japanese release. We are preparing to have larger festive in-game events take place every three months, whereas in the Japanese version these larger events take place roughly every six months.

As this game is part of the Romancing SaGa series, which elements did you think were vital to keeping to maintain the 'feel' of the franchise? E.g. music choices, art style, etc

Akitoshi Kawazu, who oversaw the original titles, creates the flavor text for all of the characters himself.
Furthermore, he is the one who came up with the overall story structure/premise. Even in simple messages, he has included some hidden settings that will catch fans of past SaGa titles by surprise.

Being strategic in battles is what makes this game fun, so the game won’t end even if you acquire powerful characters. Even weak characters will become powerful if you upgrade/enhance them.

Pixel art is the most important element of the game, so we’ve gathered the best pixel artists in Japan to handle them. Kenji Ito has composed many new tracks for this title.

Could you talk us through the process of deciding whether a game will release in the West after launching in Japan? Give that Re;univerSe launched in Japan in 2018 and several other RPGs haven't made their way over.

I’m repeating myself again, but with the mindset of “I would like to have people play a SaGa game, one way or another!!”, I hope that Romancing SaGa Re;univerSe becomes an entry point to the series for a lot of people.

If fans have requests for other SaGa titles to be released overseas, I would love to know. It was because of the voices of the fans that we were able to release Romancing SaGa 2, Romancing SaGa 3, as well as SaGa SCARLET GRACE: AMBITIONS overseas. I believe we are still only halfway through our journey in bringing more SaGa titles to players around the world.

What were the greatest challenges you faced when developing Romancing SaGa Re;univerSe or localising the game into English?

The biggest challenge is achieving a console game level of quality for the localization with a live service game such as this.

Furthermore, little by little, we’ve started creating a glossary for the SaGa series as a whole, but it’s far from perfect. It was quite challenging as Romancing SaGa Re;univerSe pulls characters from all other SaGa series titles.

Romancing SaGa Re;univerSe is available now over on the App Store and Google Play. It's a free-to-play game with in-app purchases.

On the hunt for a new JRPG to play? Here are 25 of the best available for iPhone and iPad

How to parry, block, fight, and win in Ninjala

Animal Crossing: New Horizons will receive a free update on July 3rd that allows players to dive into the ocean

Romancing SaGa Re;univerSe is set to soft-launch for Android today in Canada, Italy and Singapore