Finland, Denmark, The Philippines, Sweden and the US

Rovio has been moving away from their little fluffy avian friends in recent times. For example, they globally released their match-3 puzzler Small Town Murders a few weeks ago. But that's not all they've been working on. There's also strategy title Hardhead Squad: MMO War which is currently available in soft-launch for iOS and Android.

The game initially soft-launched back on June 9th where it has received two updates since as the territories that are able to get involved have expanded. Initially, this included Finland, Denmark and The Philippines. Now, folks in Sweden and the US can also join in the fun. 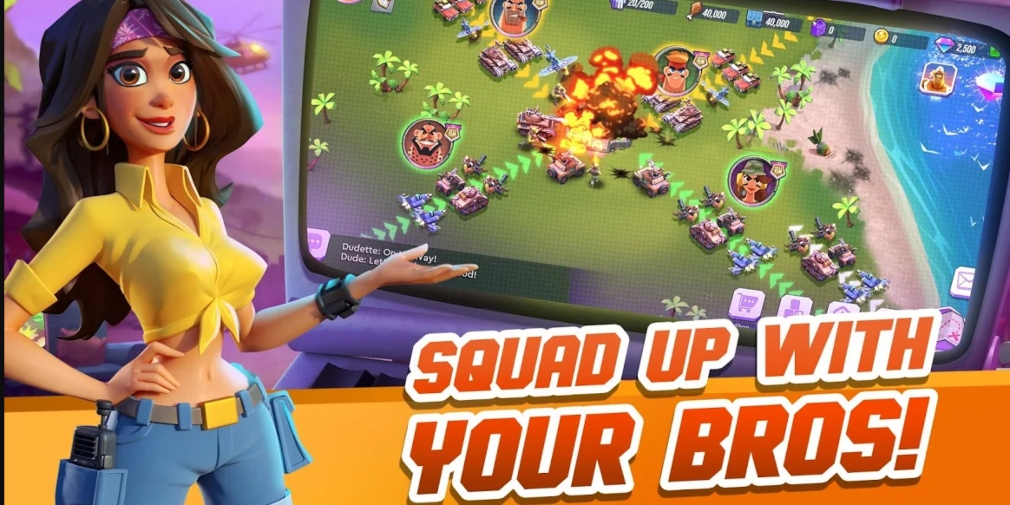 The game itself promises to be a strategic affair where players will lead their troops to victory with the aim of conquering new territories. Along the way, there will be a variety of action heroes players can recruit that will bring devastating powers to the battlefield.

Since the game is largely focused on gaining new territories and inching your way towards global domination, there's also a chance that your own headquarters might come under fire. This means you'll need to research new technologies and constantly construct builds. This aspect of the game appears to operate through the standard timer-based building you're probably familiar with in mobile titles.

As the name suggests, there will also be a social element to Hardhead Squad: MMO War where you'll be able to team up in real-time with various players from around the world, or those who live in the soft-launch territories at least.

Hardhead Squad: MMO War is available now over on the App Store and Google Play in selected regions. It's a free-to-play game with in-app purchases.

Interested in other games currently available in soft-launch? Here's a list of everything we know about
SEE COMMENTS