You can assemble a team of Pokemon to help out too

The Pokemon Company's latest foray into the world of mobile games, Pokemon Cafe Mix, is now available for iOS, Android and Switch following its announcement at Pokemon Presents last week. It's a puzzle game where you'll look to serve a plethora of tasty treats to your Pokemon customers.

The game has been out since the early hours of the morning – UK time – and has already amassed 50,000 downloads on Google Play and reached the number two spot for puzzle games on the US App Store. The pull of the Pokemon franchise remains as strong as ever, evidently. 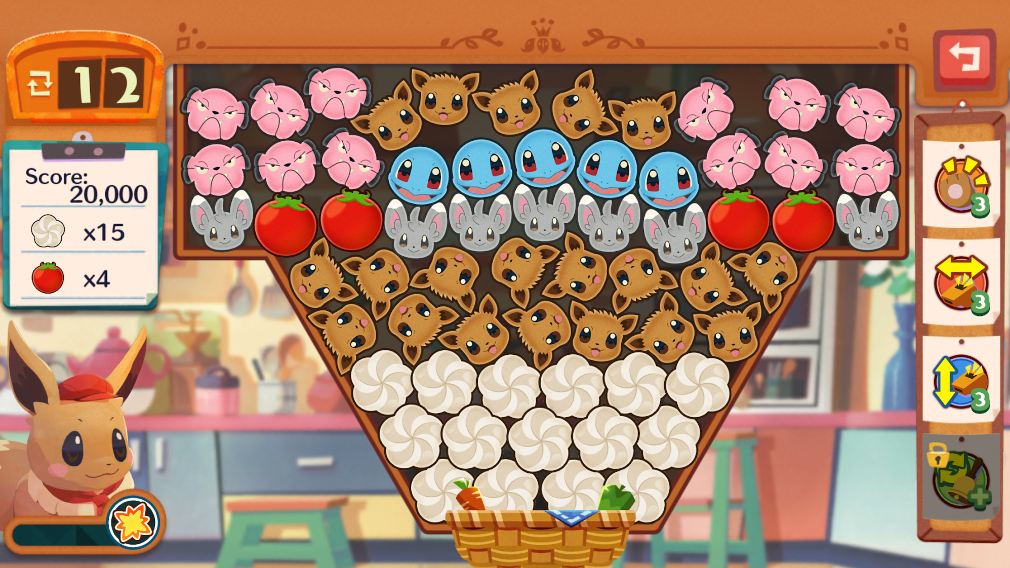 The aim of the puzzles found within the game is to link together various Pokemon icons, which are essentially cutesy pictures of their faces. Successfully mixing them together in a swirling motion will create various beverages and meals to serve to your Pokemon customers.

As your cafe continues to become more successful it will expand, with new tools, areas and menu items being introduced as you progress further. This means that more people will visit, meaning you're going to need more staff to help out. To do this you'll want to build up friendships with different Pokemon who will eventually join the team when you're close enough pals.

Each Pokemon staff member will have a special ability that will prove useful when tackling the game's many puzzles. On top of that, they'll also each have a speciality that can be matched to the dish or drink you're currently preparing for additional bonuses.

You'll also be able to recruit more Pokemon using Golden Acorns. These can be earned in-game or purchased in varying amounts through in-app purchases.

Pokemon Cafe Mix is available now over on the App Store, Google Play and Switch eShop. It's a free-to-play game with in-app purchases.

In need of some high-quality puzzle games? Well, you're in luck! Here are 25 of the very best for iPhone & iPad
SEE COMMENTS

Dark Days: Zombie Survival tips to help you in the apocalypse