150 million Gifts have been sent between friends

Harry Potter: Wizards Unite will be celebrating its first anniversary next week and Niantic's AR wizarding world has grown to be quite popular in that time, despite initial reaction not being entirely positive. They've also teased a few details about what's to come in the next year or so for the game.

So whether it's franchise power, a love for AR or a little bit of both, Harry Potter: Wizards Unite has been downloaded over 10 million times on Google Play alone, though admittedly a good chunk of those downloads were in the first month of launch. Regardless, to celebrate one year of AR wizardry, Niantic and WB Games have released some stats outlining the various milestones players have hit in the first year. 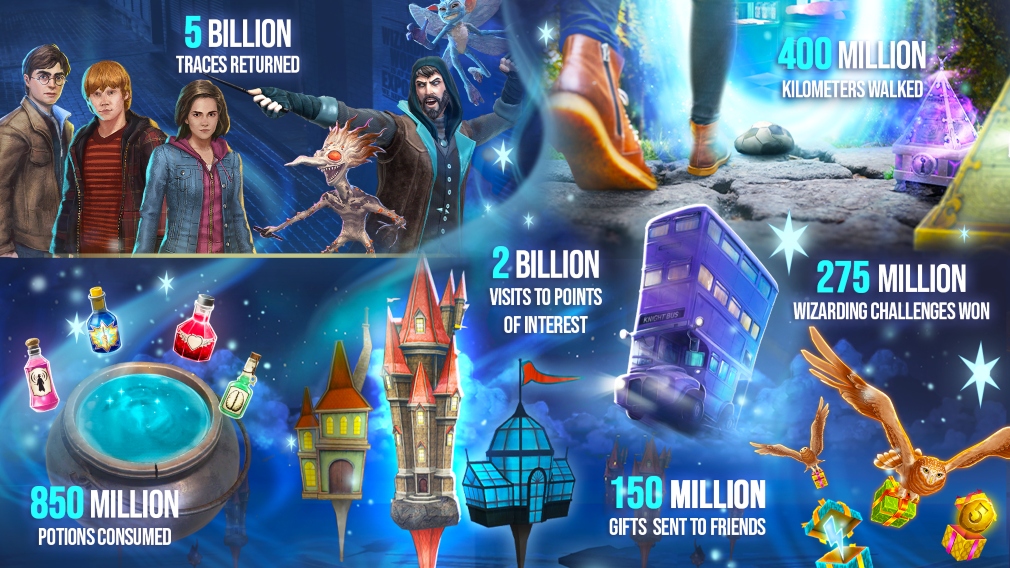 And there are certainly some big numbers to see. For instance, cumulatively players have walked 400 million kilometres and visited 2 billion points of interest. Meanwhile, 850 million potions have been consumed and 275 million Wizarding Challenges have been won. You can see other examples of the various landmarks players have reached in the infographic above.

In terms of what comes next for Harry Potter: Wizards Unite, Niantic says that they will continue to host a variety of events and implement updates throughout the game's second year. They've also mentioned they will introduce a brand new feature in July that will allow players to grow their magical skills alongside unlocking benefits and in-game rewards. Given that July isn't too far away, we can expect more details on that soon.

Harry Potter: Wizards Unite is available now over on the App Store and Google Play. It's a free-to-play game with in-app purchases

In need of some quality multiplayer games to try with friends? Here are 25 of the very best for iPhone & iPad.