It promises a compelling story

Deck-building roguelike games on mobile have increased in popularity since Slay the Spire first appeared on the scene since it lacked a mobile port for some time. Now, however, the forerunner of this sub-genre is playable on phones, for iOS at least. That means it could be more difficult for smaller games to get noticed. That hasn't stopped developer Ohayoo, however, who has released Journey Of Abyss for iOS and Android.

As the name implies, Journey of Abyss draws inspiration from the Cthulhu mythology, so you can expect some Eldritch shenanigans as you make your way through the game's Story Mode. They've specifically looked to deliver a compelling story on top of the usual deck-building mechanics players may be familiar with.

If you're not too bothered about the narrative though there are several other modes you can dive into instead. There's Abyssal Mode where players will simply fight their way through randomly generated levels, facing off against a plethora of monsters with multiple difficulty settings to choose from.

There are also Weekly Challenges to tackle with prizes on offer for players who rack up the highest scores. There's also a PvP mode called Tower of Souls, where players won't have access to the usual talent tree or other buffs, just their trusty deck. 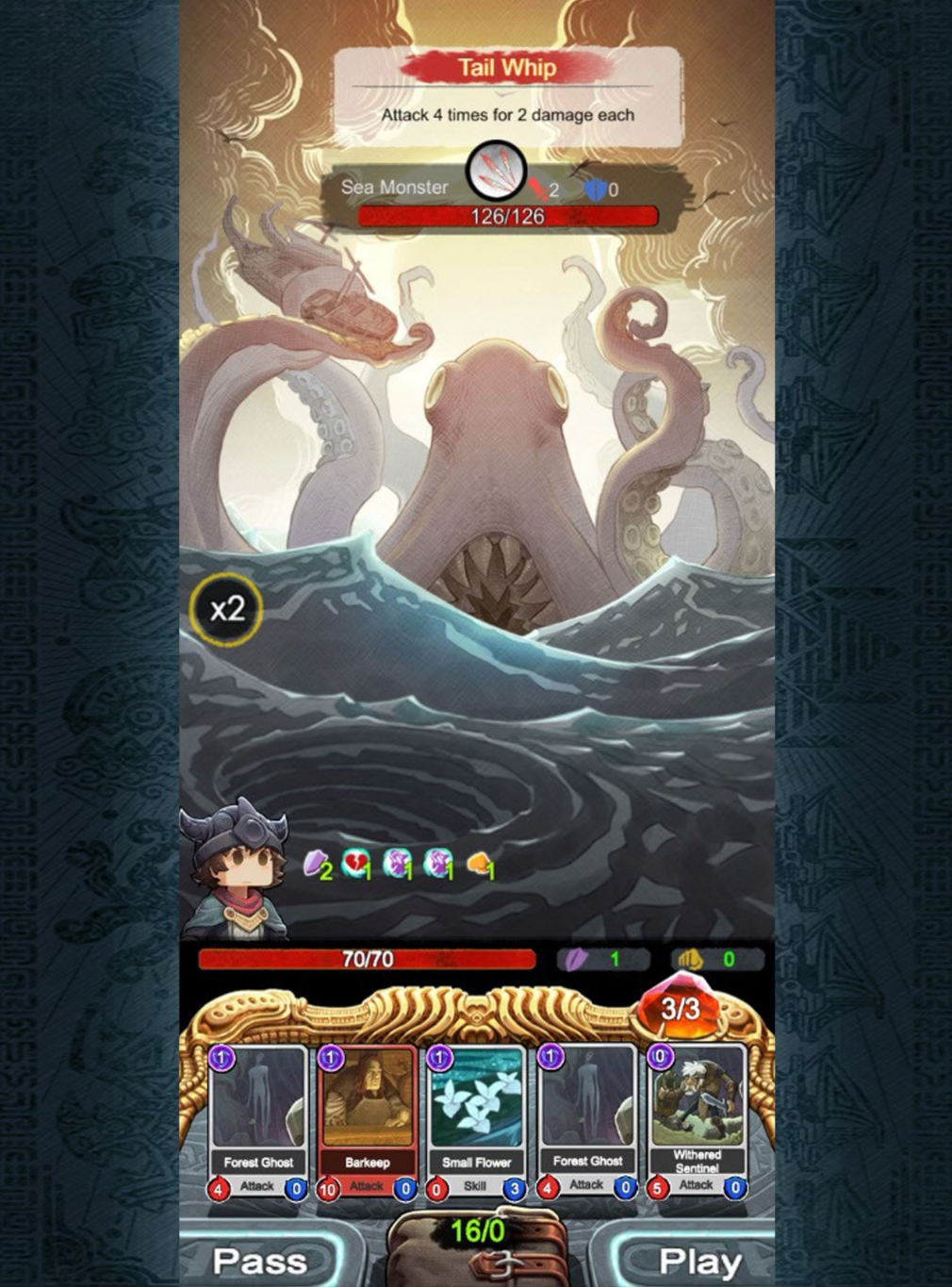 Ohayoo says they're looking to maintain a purer deck-building game than other titles found in the genre, eschewing a lot of the RPG elements and equipment upgrade systems that are often utilised in some games. Instead, they want the focus to mostly remain on the deck-building itself.

Journey Of Abyss is available now over on the App Store and Google Play. It's a premium title that costs $0.99.

Enjoy the run-based nature of a good roguelike game? Here are 25 of the best you'll find on iPhone and iPad