For those yet to try it, Gunship Battle: Total Warfare is a richly detailed 3D strategy epic that puts players in control of land, sea, and air forces in an effort to prevent nuclear war. You’ll be tasked not only with commanding these units in battle, but also managing bases and researching new and improved weapons.

The contest will require participants to create YouTube content for the game. Once you’ve entered, you’ll be presented with a line of quests to follow which will guide you through certain missions, offer tips on how to gain a better chance of winning the contest, and provide promo codes to progress through the game. 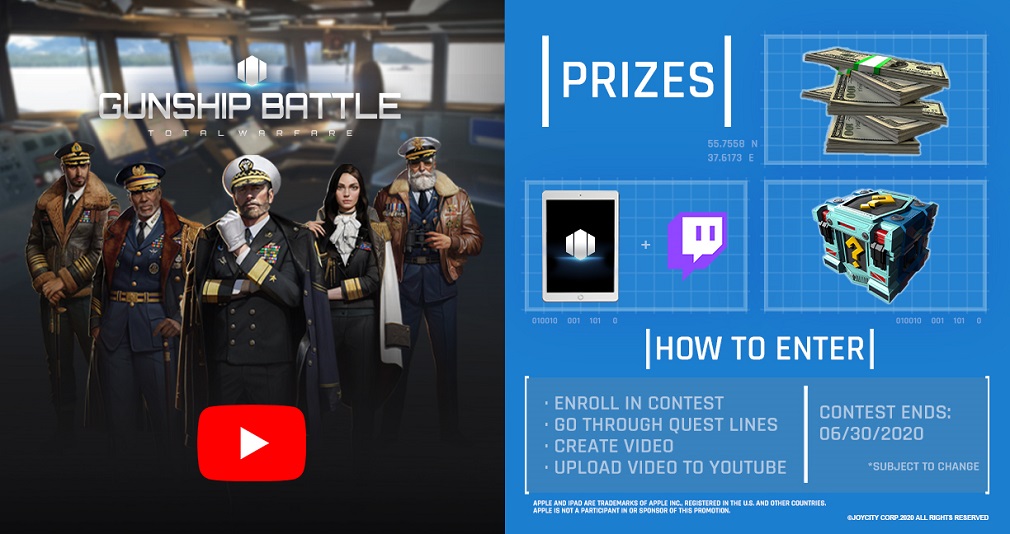 Entries finishing in the top 18 will receive generous rewards, including a brand new 10.2 inch Silver iPad for those finishing in 8th - 18th places, and $1,000 cash prizes for those who finish in the top 4 to 7 places. 3rd and 2nd place winners will not only win $1,000 but will also have their names added to special in-game items. And an even bigger cash prize awaits the overall winner, with $5,000 and a player named event item awarded for first place. The winner of the grand prize will be chosen by Gunship Battle’s Facebook community, whilst the remaining winners will be selected by the game’s staff. Videos will be scored on presentation and creativity so feel free to let your imaginations run wild!

Everyone that enters will also be enrolled into a raffle that offers the chance to win:

The contest will run until the end of June and participants can enter anytime before the contest finishes. To take part, simply head on over to the contest Opera Event page and follow the guidelines for submission.