Super Tank Blitz is the hotly anticipated sequel to publisher Smilegate's award-winning Super Tank Rumble. It's all about creating and customising your own unique tank, then heading into intense battle against other players, and it's currently shooting for a July launch for iOS and Android.

Blitz is aiming to be a significant step above its already excellent predecessor, offering some fresh features that add to the game's replayability and introduce a new level of strategic depth. The arrival of new Commanders and an advanced Assembly system definitely help in this regard, with 12 collectable characters available from the get-go.

Each Commander has their own basic attack and special skill, meaning they're varied and enjoyable to experiment with. They all have unique pros and cons that you should take into consideration before selecting which one to play as, and you can even level up your Commanders to make them more powerful than ever before. 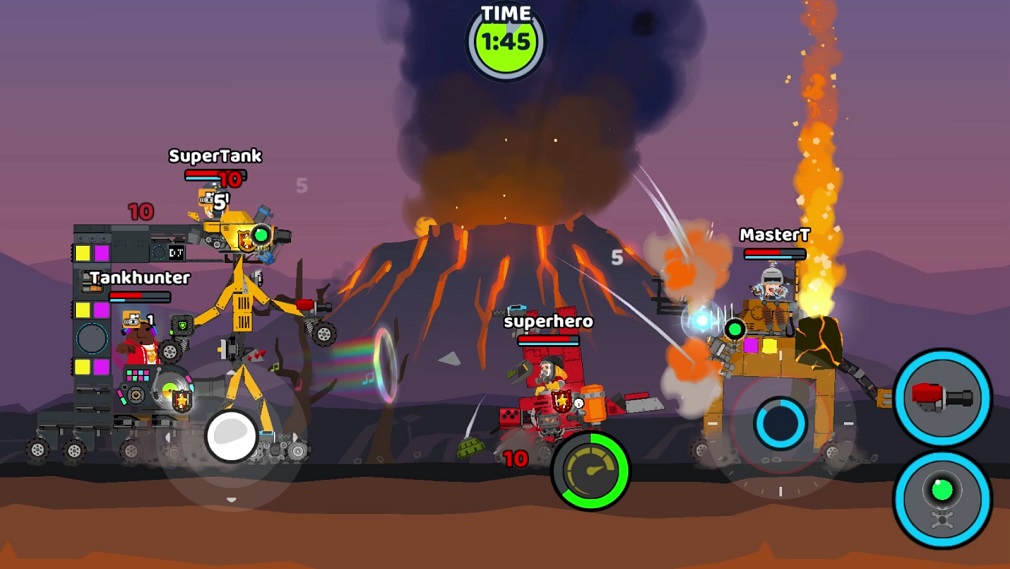 Every tank here has its own unique personality, with some examples of themes being an igloo, revolver, and taxi. Mastering your tank's sub weapons and gadgets is hugely important, though the game remains super accessible, intuitive, and fun for players of all skill levels.

Super Tank Blitz is now available for pre-registration from over on Google Play and the game's official site. It's expected to launch for iOS and Android in July.