RuneScape developer Jagex announced today that is has raised and donated a whopping $250,000 for charity. This will be split equally between the developer's three partnered mental health charities: CPSL Mind, The Prince's Trust, and Rise Above the Disorder. The news arrived in a video posted to Jagex's official YouTube channel earlier today.

The money was raised as part of an in-game charity event that ran back in May during Mental Health Awareness Week. Proceeds from Solomon's General Store over those same seven days have also gone towards the total, which stands at over $100,000. This has been combined with an earlier donation from April for a grand total of $250,000.

"It's amazing and humbling to see RuneScape players being as supportive of our mental health charity partners as everyone at Jagex is," said Phil Mansell, Jagex CEO." The work of CPSL Mind, The Prince's Trust and Rise Above the Disorder is more important than ever right now and all three need all the support they can get to help people through these testing times and champion better mental health." 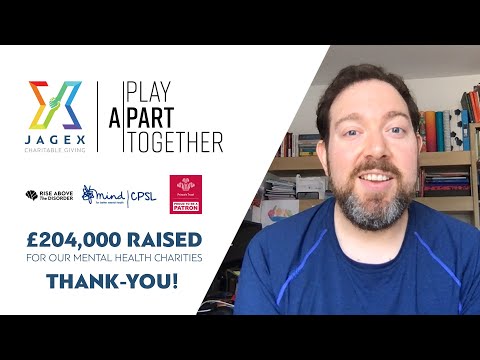 Those looking for mental health advice will find an article published by Jagex and CPSL Mind called Wellbeing During Isolation available right here. It provides links to further information and resources.

Beyond today's donation, Jagex has also donated £60,000 to the Stephen Lawrence Charitable Trust, a UK-based charity committed to social inclusion, community cohesion, and the alleviation of poverty. This donation was made in support of Black Lives Matter. Jagex will also match any charitable donations made by employees to organisations "committed to advancing the opportunities for ethnic minorities, and those involved in fighting racial prejudice."

Searching for some top-tier RPGs? Here are 25 of our absolute favourites for iPhone & iPad