Small Town Murders is the latest game from Rovio, the company best-known for Angry Birds. It's a match-three game that's mixed with some crime-solving shenanigans. It has previously been playable in soft-launch but it's now available globally for both iOS and Android, with the exception of Japan and South Korea.

The team behind Small Town Murders is Rovio's dedicated puzzle game studio who have previously made Sugar Blast and Angry Birds Dream Blast, which both released in 2019. The game takes place in a small town called Thornton Grove that seems perfectly pleasant until a reclusive widow is found dead in her home. 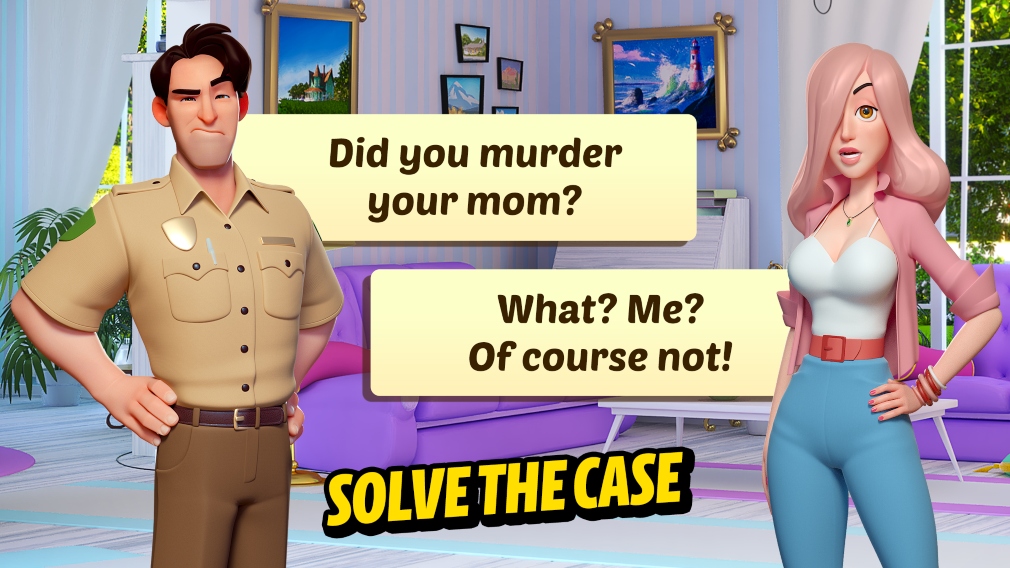 An aspiring writer called Nora Mistry sets out to investigate this murder and the numerous others that shortly follow, getting help along the way from local deputy Shanahan and village gossip Mrs Musgrove. Though investigating a murder seems quite a heavy topic for Rovio, as you can see from the trailer above it takes quite a light-hearted approach.

To solve these murders then, players will have to beat a series of match-three style puzzles that will allow them to collect evidence from the various crime scenes. From there, players will be able to follow leads, interrogate suspects and shorten the list of them until the killer is finally revealed.

He added: “Such themes are consistent with our games portfolio over the years – for example, it’s what players have come to know and expect from any Angry Birds game. But what the team has also done with Small Town Murders is to create a new IP with an engaging narrative, one which nicely complements the casual puzzle core gameplay and takes you along for the ride. The result feels fresh, fun, and not taking itself too seriously.”

Small Town Murders is available now over on the App Store and Google Play. It's a free-to-play game with in-app purchases.

Enjoy match-three puzzlers? Here are 10 of the best available for iPhone and iPad