The King of Fighters ALLSTAR has now launched its latest update, continuing the Ruby Refund event and introducing a new core mechanic that'll no doubt be welcomed with open arms by players seeking to boost the strength of their characters.

First off, the Ruby Refund event will run until July 23rd, giving you over a month to get involved. You'll be gifted additional rubies depending on how many you've used in the past, and taking part in a selection of events and daily missions can net new players up to 30k rubies, while existing players can expect to earn up to 40k.

The new awakening feature has also arrived. Once one of your fighters has hit level 90, you'll be able to awaken them with imprint and awakening materials earned from the awaken dungeons, which were added not too long ago. An awakened fighter will have access to a range of new skills, stat boosts, and other handy benefits. Fighters can be awakened up to five times in total.

Finally, all players will have the chance to collect Orochi from KOF '97 as a special in-game reward available until June 30th. More info on what you'll need to do to unlock the fighter can be found on the game's forum. 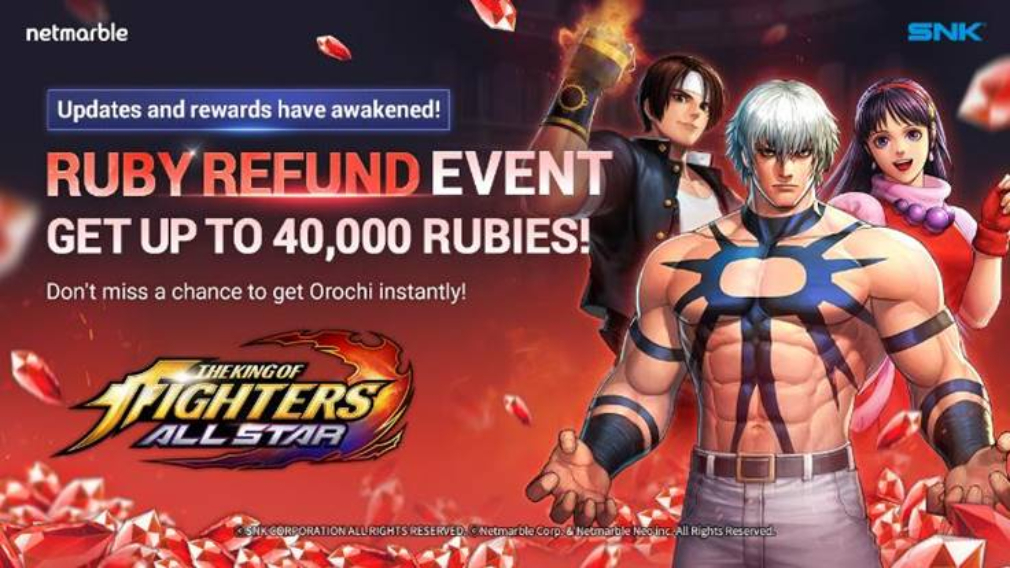 If you're a fan of the series and haven't yet given it a go, ALLSTAR is a polished brawler that's proved to be quite the hit since launching late last year, amassing over 10,000,000 downloads on Google Play alone. Its extensive roster of 130+ characters and regular crossover events with the likes of Tekken and the WWE are likely its biggest draws.

It's now available for download as a free-to-play game from over on the App Store and Google Play.

In need of some high-quality fighting games? Here are 25 of very the best for iPhone & iPad

Want more? Check out our 11 other The King of Fighters ALLSTAR news stories!