HopBound is a story-driven, psychological horror-themed endless runner for iOS from the developer of DERE EVIL EXE

Set to release on June 9th

HopBound is an upcoming endless runner and platformer from developer Darius Immanuel Guerrero that's arriving for iOS on 9th June. If you're familiar with the devs name then you might have played their previous game DERE EVIL EXE.

If you are aware of that game, then you'll probably have already guessed this will be than a straightforward endless runner. HopBound promises to be a story-driven psychological horror game that is centred around the mind of a girl named Mayumi. 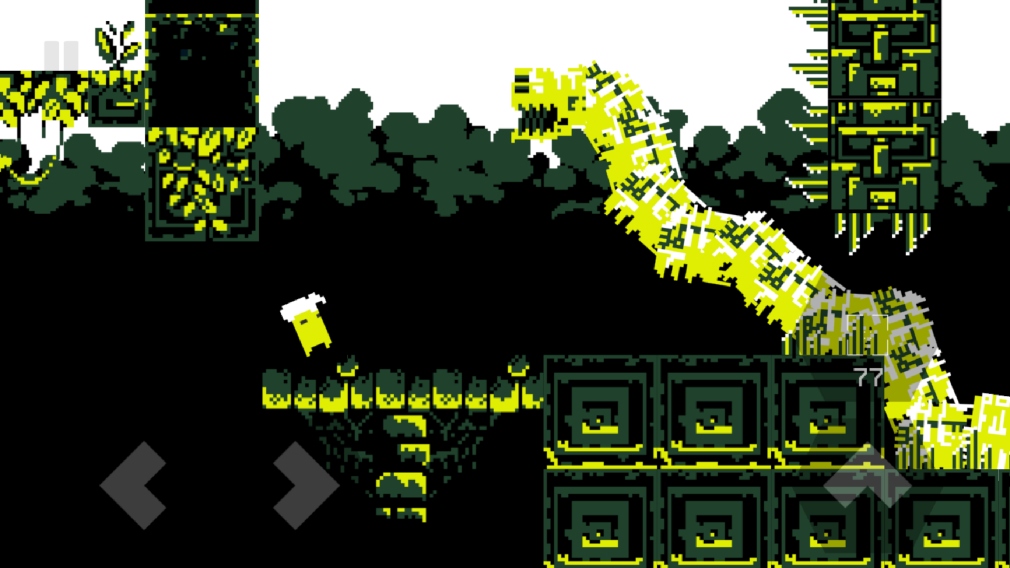 She's a recluse by nature and ends up having to make her way through a retro-styled game to overcome the various ghosts in her past. If you have played DERE EVIL EXE then you can expect the game to become extremely meta at some stage. You can check out the trailer above to get an idea of what to expect and see the pixel art graphics in motion.

The game is set within the same universe as DERE EVIL EXE, which isn't immediately obvious given the 4 colour approach the developer has adopted. The previous games were a lot more colourful but this decision was made to try and help the game stand out more. It takes place two years after its predecessor but is a stand-alone story so it won't matter if you've not managed to play it.

Which it certainly does, to me at least. Sure there's plenty of pixel art games to be found mobile at the moment but not many of them have the same love for black, green and yellow as HopBound does. This approach was apparently chosen to evoke nostalgia for 90s handheld games.

HopBound is available to pre-order over on the App Store now ahead of its release on 9th June. It will be a free-to-play game with in-app purchases.

Looking for runner games without the horror angle? Here are 25 of the best available for iOS

Bowling Crew: Tips to help you dominate the lanes