Team up with your guild to storm and defend castles

SuperPlanet, who has also released the popular Evil Hunter Tycoon this year, is releasing an update for their game Lucid Adventure, which released for iOS and Android back in February. The impending update will introduce a Guild War system to the hero-collecting RPG.

That update will be called, unsurprisingly, Guild War and will see player's joining up with their friends before competing to become the strongest team in the game. These guild vs guild battles will play out as a tactical capture style setup where your guild will try and retrieve the enemy's flag from their castle.

To do this, each member of the guild will need to prepare a strategy that will cover both attacking and defending. They will be able to choose a formation and select a team based on their opponent's weaknesses.

Each guild will have a watchtower, middle stronghold and of course, the castle itself. Any of these buildings can be attacked at the start of the invasion so you could charge straight for their castle. However, it might be a better idea to target areas where their defence is lacking first to get the upper hand.

Attacking is conducted by all guild members whilst setting up the defence will mostly be left to the Guild Master and Deputy Guild Master. The defensive team will be made up of four different heroes and those selected for that task naturally won't be able to take part in the attack. Beyond that, healers can also not be part of the defence, presumably for balancing reasons. 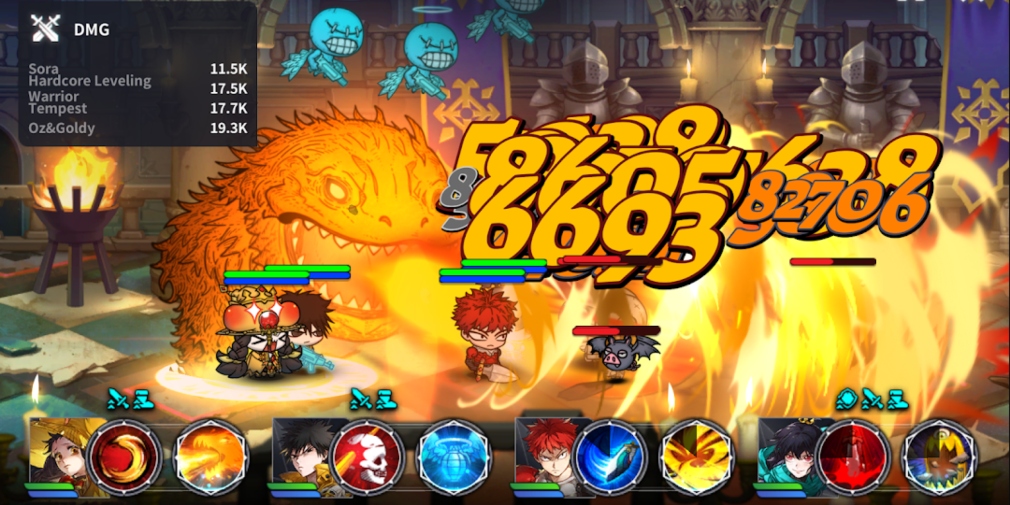 If you're unfamiliar with Lucid Adventure, it's a gacha RPG that's based on the Webtoon Hardcore Levelling Warrior. It released earlier this year and has been downloaded over 100,000 times on Google Play alone, so not a massive release but it certainly has a following.

Lucid Adventure is available now over on the App Store and Google Play. It's a free-to-play game with in-app purchases.

Enjoy a good RPG? Here are 25 of the best available on Android

State of Survival Codes to redeem (May 2021)