Infiltrate the Swiss Grand Prix and tangle with the Nazis

Over the Alps is, for me, one of the strongest games to hit Apple Arcade since launch. Visually distinct, stylish, and boasting a well-written story that develops based on your decisions made throughout, it offers basically everything I look for in a mobile adventure game.

I mean, it's a Hitchcockian spy thriller that pulls its aesthetic from vintage travel posters – surely that alone should be enough to draw you in. 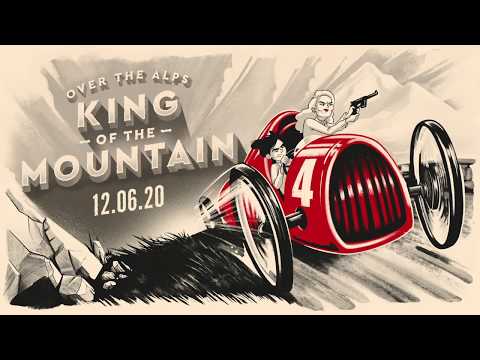 You'll take on the role of an undercover agent who must outsmart the authorities and race across 1930's Switzerland. You decide where to travel and what to say, and your ultimate goal is to remain hidden and out of the hands of the law. As you might imagine, things get out of hand in no time flat, leading to plenty of tricky situations for you to talk your way out of.

Now, developer Stave Studios is preparing to launch a major story expansion that acts as a prequel of sorts to the events of the main game. It takes place in August of 1938, with the world on the brink of war. As British spy Annie Taylor, you'll be sent from the comfort of Paris to Bern, Switzerland. This latest adventure will require you to infiltrate the Swiss Grand Prix and tangle with some Nazis.

The expansion is currently expected to launch next Friday, June 12th, and it'll be totally free to all Apple Arcade subscribers. Over the Alps is now available for download over on the App Store. As I say, you'll be needing an active subscription to play, and those will set you back $4.99 a month or $49.99 a year.

In the mood for a great narrative adventure? Here are 5 of the best for iOS & Android

Want more? Check out our growing collection of Over the Alps news stories!