SpongeBob: Patty Pursuit, a Super Mario Run-like platformer, is this week's Apple Arcade release. The nefarious Plankton has returned to steal the Krabby Patty formula, and this time he's brought along an army of his cousins. Now, SpongeBob's friends and that all-important formula have been snatched, and the unenviable task of heading out and ultimately saving the day falls to you, the titular sponge.

Your quest will see you venturing across Bikini Bottom, through Jellyfish Fields, the haunted pirate ship, and beyond. Levels are packed with coins and collectables to hunt down, and it's generally a fairly polished experience, at least from what I've played.

Beyond jumping and charging, you can also bounce on trampolines and use zip lines to get around with ease. There are also hazards dotted throughout the levels, including jellyfish and Plankton's many, many cousins. Most of these can be easily avoided or sent flying using SpongeBob's dash attack.

Interestingly, you can morph into different forms, each with its own unique ability. This should hopefully add some greater variety to the runner action. There are also various bosses to take on where you'll have to use their own weapons against them in order to claim victory. 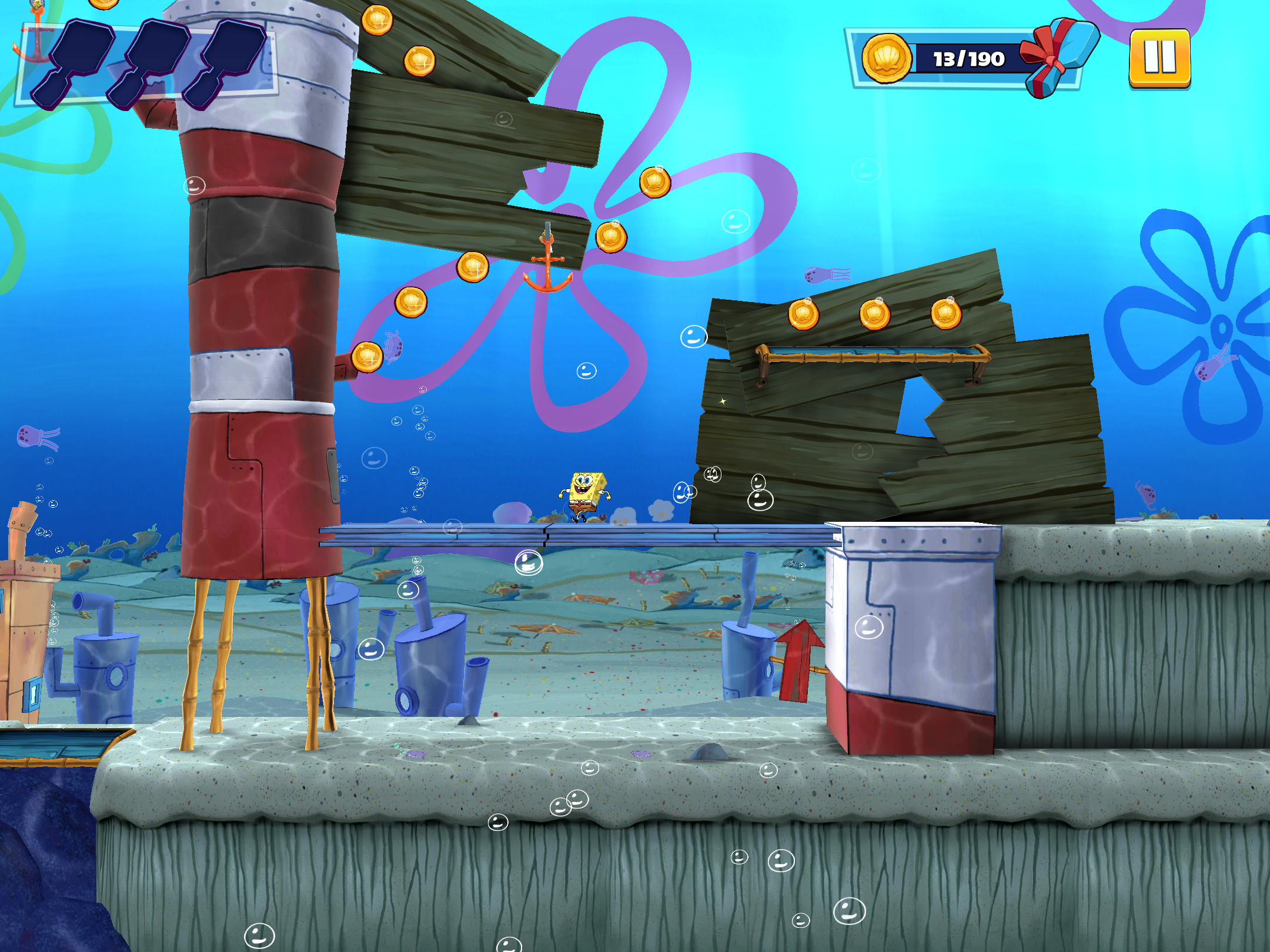 It goes without saying that it's been designed with kids in mind, but even adult fans of the genre or show will probably find some fun to be had here. It plays like Super Mario Run, which is no bad thing, and the authentic presentation and voice lines are a nice bonus.

SpongeBob: Patty Pursuit is now available for download from over on the App Store. With it being an Apple Arcade exclusive, you'll be needing an active subscription to play. In other SpongeBob news, the long-awaited SpongeBob: Krusty Cook-Off has finally launched for iOS and Android after amassing over 15 million pre-registrations.

Big fan of runners? Here are 25 of the best for iPhone & iPad