Set to release for iOS and PC on July 9th

Soda Dungeon 2 was initially announced by Armor Games back in September of 2019 when they revealed that a sequel to the popular RPG Soda Dungeon would be arriving sometime in 2020. Now, it's available for Android in Early Access and will be releasing fully for iOS, Android and PC on July 9th.

The original Soda Dungeon launched back in 2015 where it proved to be an incredibly popular game having been downloaded millions of times across iOS, Android and Steam. Undoubtedly then, people will be looking forward to the release of Soda Dungeon 2 which Android users can now get a taste of.

In Soda Dungeon 2 you'll run a tavern that's located near a massive dungeon. As such, your pub regularly attracts heroes looking to grab a quick beverage before exploring the nearby cave for loot. You'll be able to recruit these heroes to plunder the depths of this cavern to find items to improve your tavern.

Soda Dungeon 2 is intended to be a laid-back, light-hearted experience which you can see from the variety of enemies you'll face and gear you'll discover. For instance, you might find yourself equipping a pig head shield to protect yourself from a giant, incredibly delighted looking fairy.

Battles play out in a standard turn-based fashion which can be switched to automatic if you'd prefer. Your merry band will battle in the dungeon until they simply can't fight anymore, at which point they'll return and you can set about upgrading them and your tavern itself. 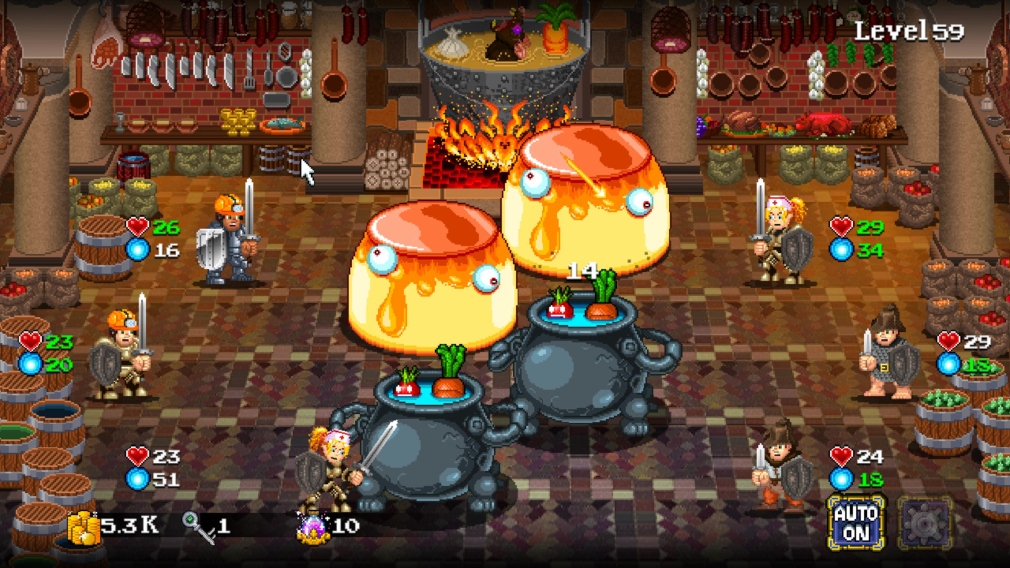 There's a huge focus on customisation then, with various upgrades for your tavern and equipment to craft to give to your heroes. You'll also have the option to customise their AI so they'll behave in a certain way if you do decide to let the fights play out automatically.

Soda Dungeon 2 is now available over on Google Play in Early Access with the game is also set to release on the App Store on July 9th. It is a free-to-play game with in-app purchases.