There will also be new Shikigami and the yearly Fireworks Festival

NetEase Games has announced that there will be a series of collaborative events heading to Onmyoji Arena. This will see the game get some new content featuring the Japanese mascot Kumamon, a team-up with Chinese RPG Card game Legend of the Fantasy Sprites and confirmation for this year's Fireworks Festival.

What exactly will happen when Kumamon arrives in the game isn't exactly clear just yet. All we really know is that he'll be visiting Heian-Kyo soon and will most likely set about making people happy wherever possible. 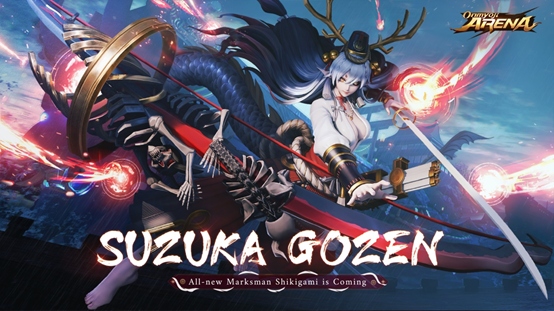 We do, however, know a little bit more about the crossover with Legends of the Fantasy Sprites. It will see the character Dai Shimei arrive in Onmyoji arena as a Shikigami. Meanwhile, Shuten Doji and Ibaraki Doji will get a Tang dynasty themed skin called the Cheers Series.

There will also be another SSR Shikigami heading to the game soon too. Her name is Suzuka Gozen and she will arrive in Heian-Kyo at the same time she arrives in the RPG Onmyoji, taking on the marksman role in her team.

Finally, the Fireworks Festival is a long-standing tradition in Onmyoji Arena and this year will, of course, be no different. It's set to start on July 3rd where players can expect a host of in-game bonuses and other surprises throughout the festivities. 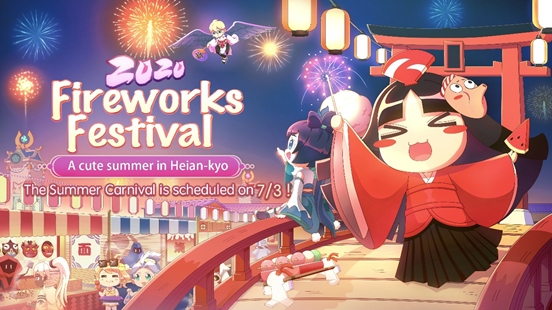 If you're unfamiliar with Onmyoji Arena, it's a MOBA that released back in 2018 and is currently on its seventh season. It's proven to be a reasonably popular game since it launched, having been downloaded over 5 million times on Google Play alone.

Onmyoji Arena is available now over on the App Store and Google Play. It's a free-to-play game with in-app purchases.

Looking for more multiplayer games to test your skills against other players? Here are 25 of the best available for Android
SEE COMMENTS