With E3's cancellation came a lot of uncertainty. Would developers and publishers go it alone or band together to create smaller events to share their announcements? Well, now we know how over a dozen big names in particular have decided to handle the less-than-ideal circumstances – with a digital showcase called New Game+ Expo.

Some of the companies involved include SEGA, Koei Tecmo, Atlus, Spike Chunsoft, and Grasshopper Manufacture, and dozens of games in total are set to feature as part of the event. The showcase will stream exclusively on Twitch at 8am PDT on June 23rd. A live broadcast will then follow, which is set to run from 9am to 4pm PDT. This will offer first looks at never-seen-before titles, live gameplay demos, and Q&A sessions.

While we obviously don't have a list of what's set to be revealed, we do know that there will be a range of games from across multiple platforms, including mobile and Nintendo Switch.

"New Game+ Expo is a grassroots coalition of publishers and developers," said Adam Johnson, producer of NGPX. "Organizing together for the first time, we hope fans have fun as we take a look at the combined upcoming lineup of games for 2020 and beyond!" 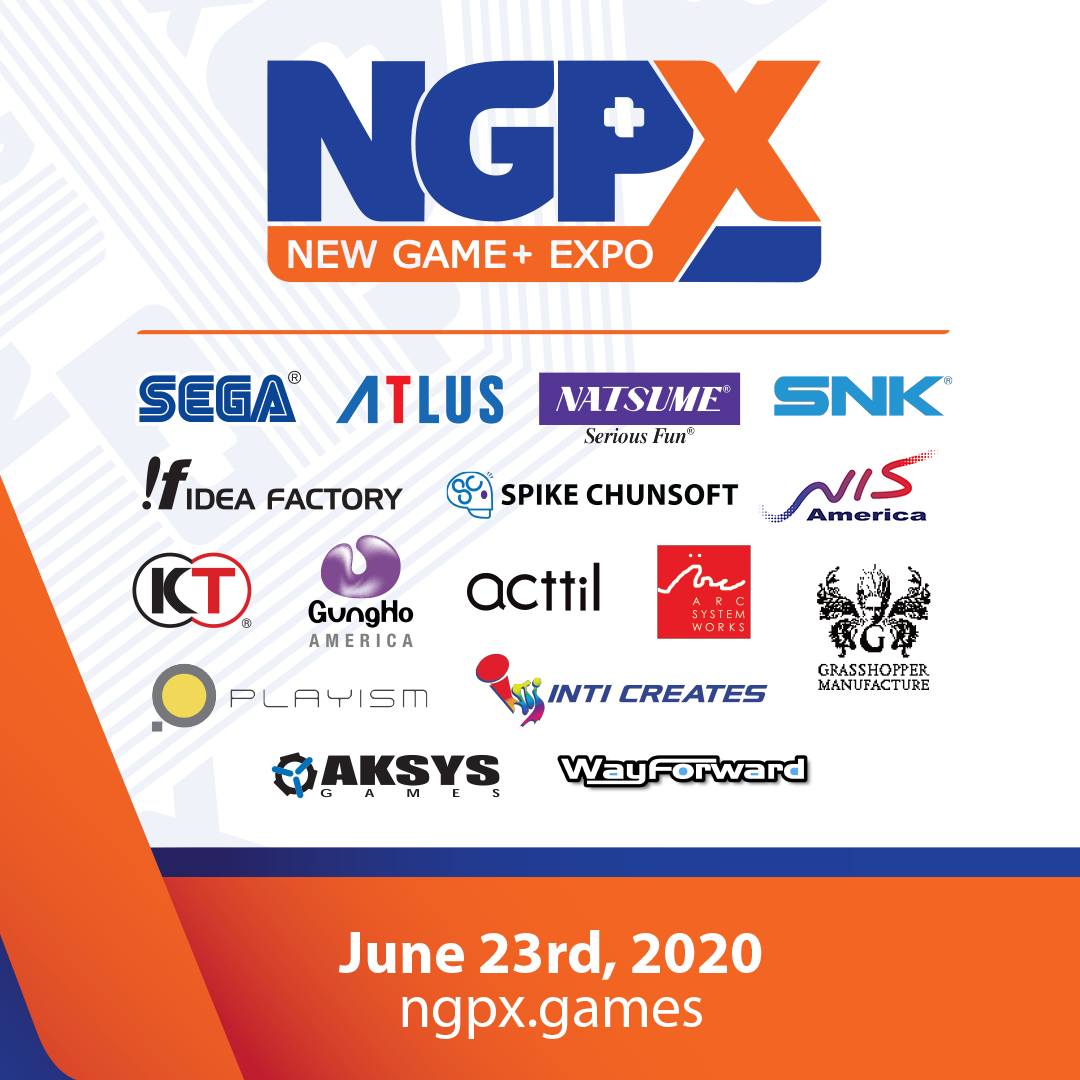 Here's a full list of the publishers and developers involved:

This is obviously very exciting news indeed, and it'll be interesting to see how many more of these smaller events pop up in E3's absence. You'll soon find more NGPX info on the event's official Twitter and Instagram accounts.

Want to discover some of the biggest games of tomorrow? Here are 54 of the most impressive games currently in soft launch
SEE COMMENTS