Expected to launch for iOS and Android on August 13th

EVE Echoes, CCP and NetEase's ambitious sci-fi MMORPG epic, may finally have a release date, but there are still many unanswered questions surrounding this alternate reality take on EVE Online, a cult classic PC game that is decidedly anything but mobile-friendly.

Following yesterday's in-depth livestream, I spoke with CCP's Hilmar Veigar Pétursson and Bing Xi, as well as NetEase's Wei Su and Shicheng Zhou to discuss the upcoming launch and how the team approached this mammoth undertaking.

Echoes has been three years in the making and aims to offer a sandbox spacefaring experience with countless paths and playstyles to pursue, large-scale PvP and PvE battles, and a practically infinite universe of 8,000 solar systems to explore. You can roleplay as a miner, trader, space pirate, or maybe even a bit of each? New Eden is a sandbox universe both epic in scope and emergent gameplay opportunities, but at some point you have to start wondering how this is going to pan out on mobile.

We've already seen a number of EVE-inspired space sims hit iOS and Android in the past, and some of them have proved to be quite popular, though Pétursson simply sees this as confirmation of there being an audience of hungry mobile gamers looking for these sorts of adventures. "It's nice that other games have been warming up the market for us", he says.

And indeed there is a sense that Echoes is aiming to be the one true game of its type on mobile.

Bringing the EVE experience to mobile

As you might imagine, there are many challenges that present themselves when attempting a project such as this. Su breaks it down into several key issues. The first is working out how to relay all of EVE Online's dense info and systems to players in a way that makes sense on the mobile platform. This has been achieved by designing a mobile-friendly UI and control scheme, making everything from the menus to the ship battles feel right at home on touchscreen devices.

The technical troubles don't stop there, however, as the team also aimed to recapture the look and grand scale of Echoes' big brother. EVE Online is famous for its large-scale space battles and unfathomably huge universe, two things that might at first appear incompatible with mobile. The team ultimately worked alongside CCP to find solutions to some of the technical challenges at hand.

Pétursson tells me that EVE Online players were highly sceptical of Echoes at first, though everyone in his experience who tries it has been impressed, or even blown away, by what NetEase has accomplished: an authentic, mobile-friendly adaptation of a game of immense depth.

Who is Echoes for?

In terms of Echoes' potential userbase, Pétursson imagines that it will mostly be populated by new players, largely due to the sheer number of fresh faces who are set to be exposed to the game when it hits iOS and Android this August.

One way in which Echoes aims to welcome in new players is its smart use of optional tutorials. It has a range of both basic and advanced tutorials, and these can be selected based on what you're interested in learning. EVE is, after all, a sandbox experience where you're free to play as you wish, so NetEase's avoidance of forced tutorials makes perfect sense and no doubt comes as a major relief to returning EVE players. 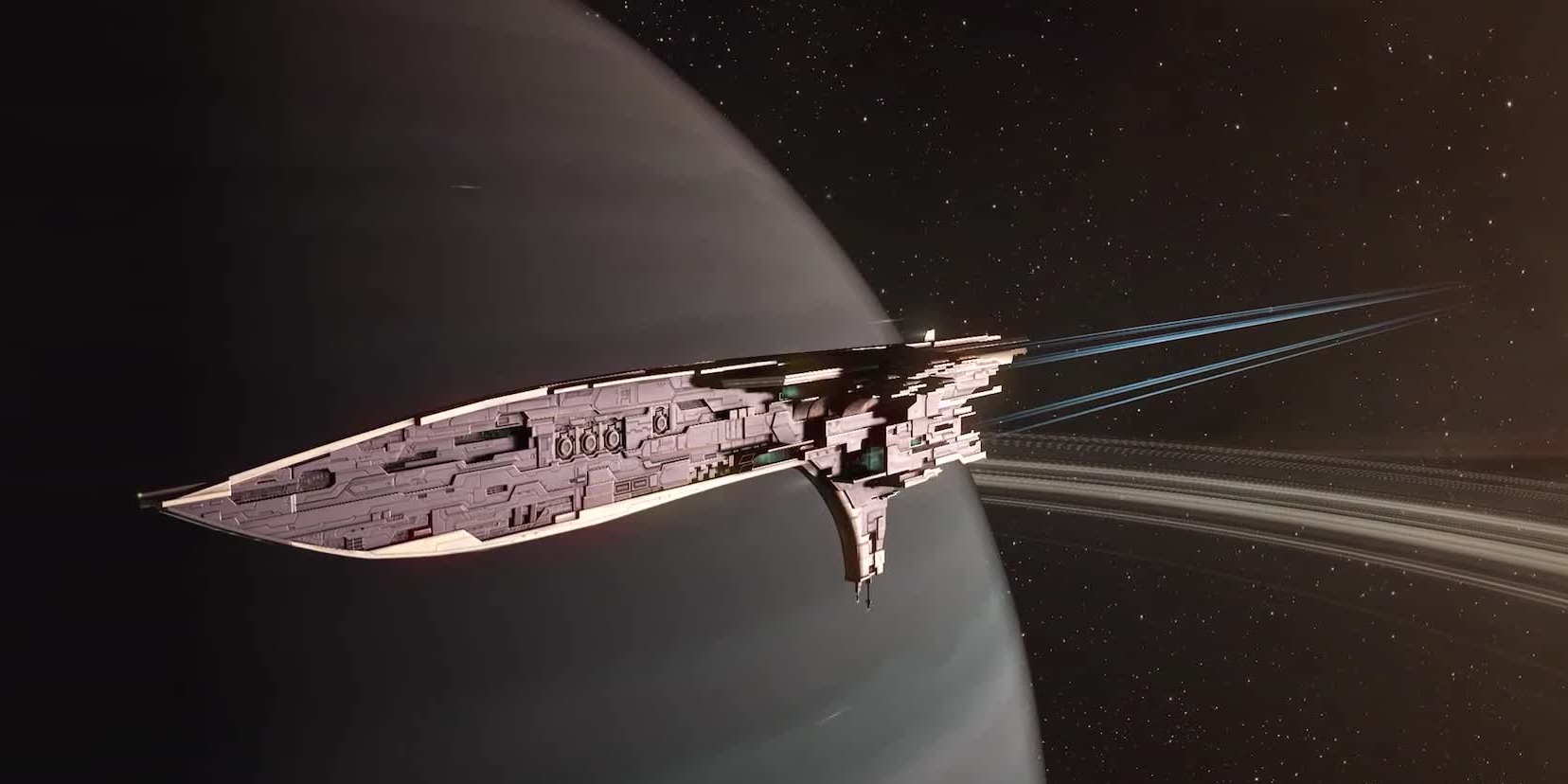 Echoes also adopts popular mobile game mechanics but wisely adapts them to suit the EVE experience. One example is its offline autopilot mode for long-distance travel. I assumed this would be a simple timer-based simulation, something that could be monetised with ease, though that's not the case at all.

When you opt to turn autopilot on, your ship is still present and travelling on the game's server. This means that other players will see your ship flying throughout the systems while you go about your day. This isn't something you can speed up via boosters; your travel time is entirely dependent on your ship, just as it would be if you were to take manual control.

Monetisation has been an exceedingly tricky topic for the team. Based on player feedback, the decision was made to adopt a similar system to EVE Online, with multiple premium subscription tiers, including a free-to-play option. Echoes' Omega subscription will be priced similarly to Online's, and there will also be a slightly cheaper version available at launch. Beyond that, Echoes will offer IAPs ranging in price from £0.99 to £99.99.

One major concern for those hoping to hop into Echoes at launch is whether their device will even be capable of running it. The team has confirmed that the iPhone 6s and above should be more than sufficient, though the game will also support older devices such as the iPhone 5s.

Echoes will feature multiple graphics settings, allowing you to tinker with texture quality and resolution, and NetEase ultimately hopes to make the game increasingly stable on lower-spec devices as it continues to optimise the experience post-launch.

A pre-registration campaign with milestone rewards is currently in the works and soon set to be unveiled. Also know that some regions might not be included in the August launch, though Europe and North America will not be among them.

CCP brought EVE Online over to China in 2006, and at the time Pétursson wanted to embrace Chinese culture and integrate it into the world of EVE. He credits Su as having helped CCP achieve this goal, finally tapping into the culture and developing the ancient civilisation known as the Yan-Jung into a major faction. This small part of EVE Online's lore has been fleshed out to the point where it'll no doubt be one of Echoes' biggest draws, especially for long-time players.

The faction values balance, appreciates the harmony of a collective, respects history, and strives to become "one with heaven." Their distinctive ships are made of bronze-like metal, with smooth surfaces and stylish symmetrical designs. Their story will be revealed over time, starting with the spotting of one of the faction's ships and the discovery of mysterious blueprints.

And still, one major question remains: will Echoes ever offer crossover events or overlapping content with EVE Online? "The narrative background here is connected to the theory of parallel universes", says Pétursson. "Just like how modern physics has this theory that you should be able to interact between the multiverses, I am sure we might find a way for all these multiple instances of EVE to interact with each other. So, wait and see."

EVE Echoes is now open for pre-registration over on the App Store and Google Play. It's currently expected to launch on August 13th.

In search of some quality multiplayer games to try with friends? Here are 25 of the best for iPhone & iPad