The King of Fighters ALLSTAR is set to introduce a number of the WWE's biggest superstars to its roster as part of a major in-game event. Starting tomorrow, you'll be able to collect the likes of Undertaker, The Rock, Kofi Kingston, John Cena, Becky Lynch, and Seth Rollins. Plus, different versions of Kingston and The Rock will be offered to anyone who downloads and plays the game from tomorrow until June 3rd.

"WWE and The King of Fighters have been entertaining people around the world for decades, so this is something truly special for us and the players," said Shin Hwa Cho, Executive Producer at Netmarble. "We worked closely with WWE to provide a truly authentic experience, bringing the likeness and moves of each Superstar to our game."

Netmarble is said to have painstakingly recreated each superstars' unique mannerisms and move-sets to make their digital avatars feel authentic and fun to play as. On top of the new collectable characters, there are also several WWE-themed events to get stuck into.

Time Attack Mode challenges you to clear three powerful bosses in a row using the new WWE superstars. The Rock can be earned by completing a tricky super mission, and then there's the WWE-themed mini-dungeon and rush dungeon, which is where you can net yourself the one and only Kofi Kingston. 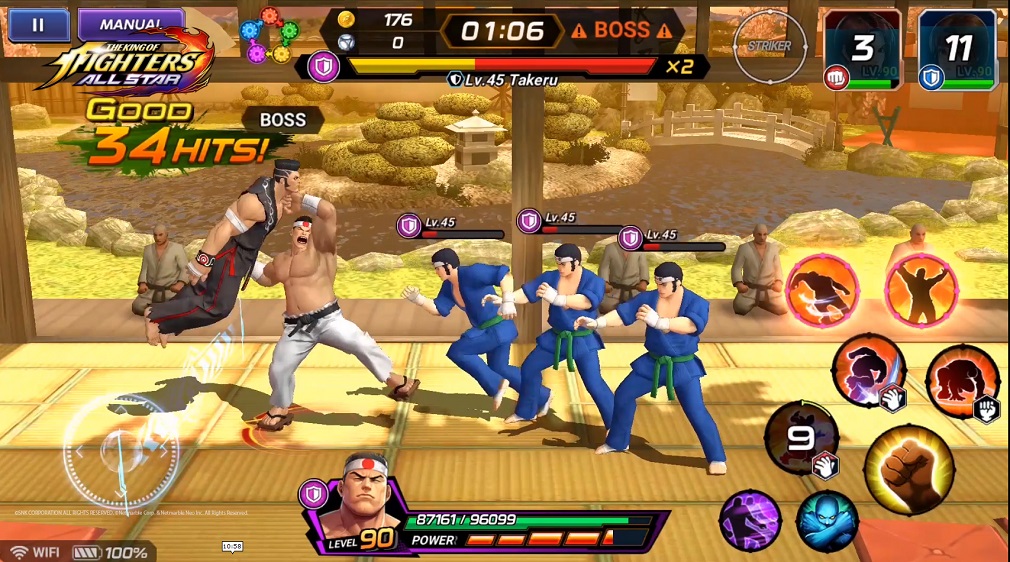 If you're in the market for a casual brawler, you'll find The King of Fighters ALLSTAR available for download now from both the App Store and Google Play as a free-to-play game.

I'd say it's probably worth playing for the regular crossover events alone, which have previously included Samurai Shodown and Tekken 7.

Searching for some top-tier action games? Well, here we have 25 of the very best for iPhone and iPad

Want more? Check out our 13 other The King of Fighters ALLSTAR news stories!