By Damien McFerran
| May 15
iOS

Apple's critics have often accused the company of living in the past; traditionally, many of its phones have shipped with features that have already been doing the rounds on Android devices for years, and – at the time of writing, at least – it currently lacks any 5G-ready handsets in its expensive lineup.

However, the announcement of the 2020 version of the iPhone SE – a concept it first toyed with back in 2016 – will give Apple's harshest detractors even more ammunition, because, on face value, what we're looking at here is basically a recycled version of a design which originally made its debut six years ago, back in 2014. Only Apple could get away it, we can hear you cry.

It's important to never take things at face value, of course. While the iPhone SE may retain the same basic design language as the iPhone 6, iPhone 6S, iPhone 7 and iPhone 8, it's powered by the latest Apple chipset and has a few other tricks up its sleeve which will leave its Android rivals quaking in their cheap-and-cheerful boots. Simply put, nothing in this price range can come close to offering the same processing grunt as the iPhone SE.

The device contains Apple's home-grown A13 Bionic processor – the same silicon which beats inside the iPhone 11 Pro – as well as improved photographic capabilities, water resistance, wireless charging and much, much more. The real kicker? Apple is selling this phone for just £400, which undercuts many Android-based smartphones running weaker internal hardware. 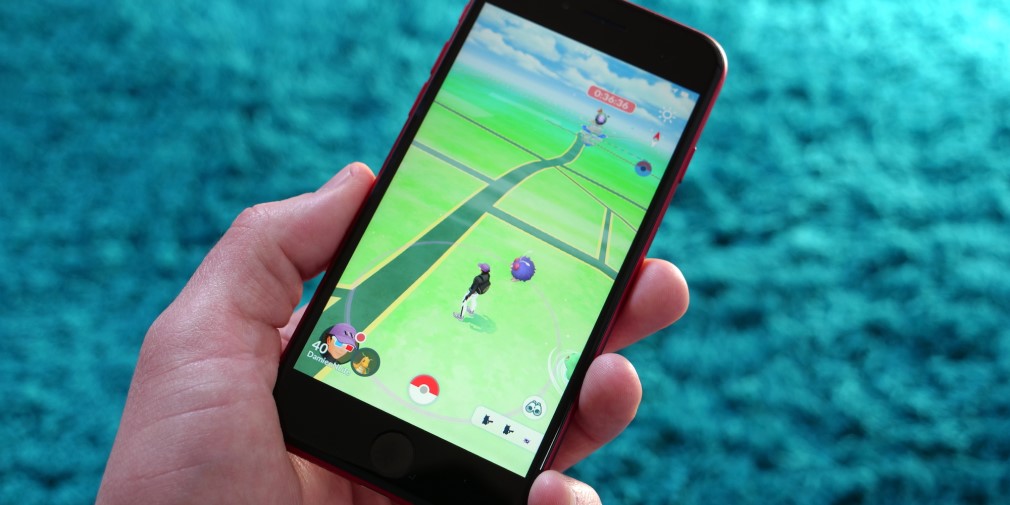 Before we get onto that bit, let's first look at what's familiar. The iPhone SE's design is almost identical to that of the iPhone 8; it has massive (and we mean massive) bezels at the top and bottom of its 4.7-inch screen, and the Home button makes a return (along with Touch ID – there's no Face ID here).

While Apple's recent devices have become famous for the notch, it feels momentarily odd to return to the days prior to that – but those of you who aren't fans of Apple's facial security system will no doubt be pleased that fingerprint technology is back on a new iPhone. We have to admit that while Face ID is quick and painless when it works, nothing can beat using your thumb to unlock your phone; your finger is already resting on the Home button the moment you take it out of our pocket, after all.

The iPhone SE's LCD screen is the same as the one seen in the iPhone 8, as is the camera module and the sub-2,000mAh battery. The display might lack the punch of an OLED panel, but it's still perfectly decent, assuming you can once again become accustomed to using such a small screen. Moving over from the iPhone XR, we did struggle initially to get used to the tiny display, but within an hour or so it felt like second nature.

Water-resistance is rated at IP76, and the phone uses Apple's proprietary 'Lightning' connection for charging (no sign of USB-C on the iPhone yet). The back is made of glass which allows for wireless charging; the Apple logo is shifted upwards slightly, which is the only surefire way you'll have of telling this apart from the older iPhone 8. There's no headphone jack, but that shouldn't come as a shock for Apple fans, nor should the absence of any expandable storage options. 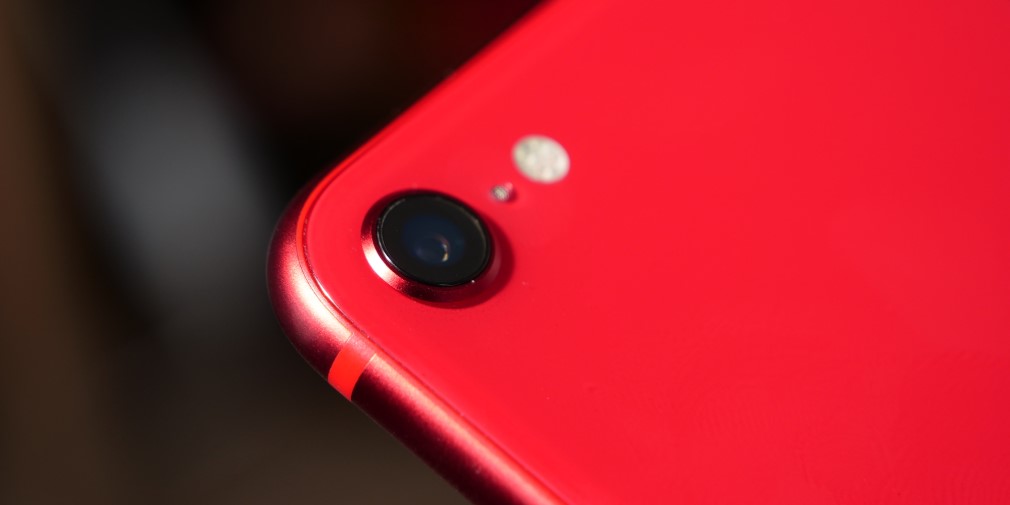 With the cosmetics out of the way, we can focus on what's really different about the iPhone SE. The A13 Bionic is the fastest mobile chipset at the time of writing, yet here we find it inside a phone that costs less than half what you'd expect to pay for a flagship iPhone or Galaxy device.

While it doesn't perform quite as well in benchmark tests as the one inside the iPhone 11 Pro – which has 4GB of RAM compared to the iPhone SE's 3GB – this is still a blisteringly fast chipset that leaves any £400 Android device in the dust. And so it should, given that it's only having to push pixels around a screen that has a 1334 × 750 resolution.

General performance is as smooth as silk, and games run fantastically well, too. Even intense 3D titles are no problem for the iPhone SE, although that aforementioned screen does feel slightly cramped when compared to any iPhone since the iPhone X (and the vast majority of current Android devices, for that matter).

While Apple's other phones have moved towards multiple cameras, the iPhone SE is equipped with just a single lens. Yes, it's the same as the one used on the iPhone 8 – Apple's really got the hang of this recycling lark – but it's backed by some software smarts which allow it to take fancy bokeh-style portrait shots, just like the iPhone XR did a short time ago.

You're limited to taking bokeh snaps of people and not objects as a second camera is required to accurately measure depth, but the results are nonetheless pretty striking. Smart HDR also comes into play, turning otherwise dull images into vibrant works of art. 4K video rounds things off, making the iPhone SE a potent choice when it comes to image and video capture. Sure, it's not going to dazzle you in the same way the iPhone 11 Pro will, and the lack of a night mode is a disappointment, but for this price, you really can't complain too much. 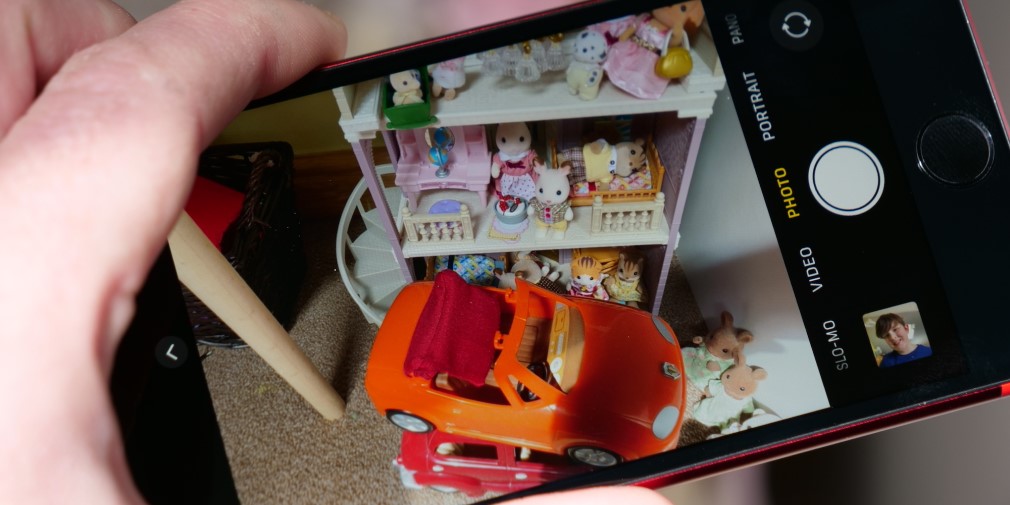 So, is this the iPhone you should rush out and buy now? It really depends on what you want from a phone. If you love a big screen, like being seen with the latest tech and can't get enough of Apple's multi-camera trickery, then you're going to be much better off dropping some additional cash on the likes of the iPhone 11 Pro Max.

However, if you're not all that fussed about edge-to-edge displays and simply want a cheap iPhone that has the power to last you for the next few years, then this really is your dream ticket. There's something to be said for a phone which is small enough to truly fit in the palm of your hand, and the iPhone SE is last of a dying breed in that respect. That doesn't make it any less worthy of your attention, however, and we're pretty confident that Apple will sell millions of these things over the next few years. Small is beautiful, after all.

Interested in finding out the best gaming smartphones for a £500 budget? We have a list for that.

While it may lack the design clout of more recent iPhones and is missing creature comforts such as an OLED display and Face ID, the iPhone SE 2020 is world-class in almost every other regard, and the fact that it can be purchased for £400 is nothing less than amazing. If you're in the market for a budget blower, this should be your choice.
By Damien McFerran
| May 15 |
iOS
SEE COMMENTS