We take a look at how Gameloft's Asphalt franchise has evolved

If there is one thing that cannot be refuted, it is that Gameloft has truly dedicated themselves to bringing racing games with AAA thrills to small screens through their Asphalt franchise. The franchise has been going strong since late 2004, and is celebrating its 15th anniversary - and across that whole period of time, Asphalt games have been small-screen experiences that attempt to offer big thrills.

As part of the 15th-anniversary celebrations, Gameloft has an excellent retrospective on its website - complete with an emulated version of the Java version of Asphalt: Urban GT - for those who wish to see the humble roots this franchise sprang from. And it's got us curious, what is it like to look back at those original iterations of the Asphalt franchise, and how do they stack up with the series in the modern-day? 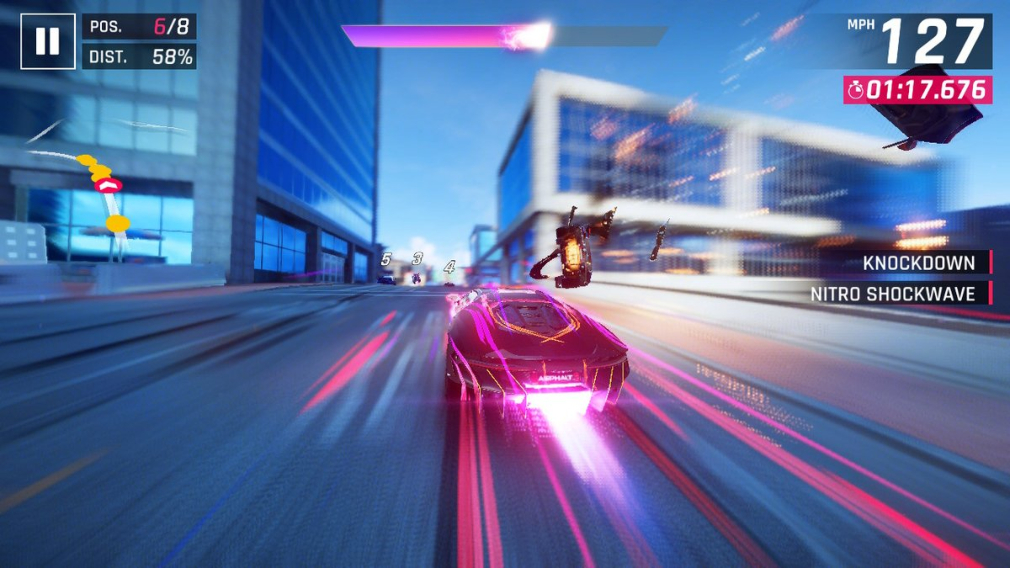 There aren't many gaming franchises that can boast 15 years of continued successful releases, and across that time frame, the Asphalt series has blossomed into one of the most essential racing games on mobile, with some of the very best visuals, too.

But it didn't start out that way, and Gameloft have come a long way to get to where they are now, at the pinnacle of the genre on mobile. So let's take a look back at where Asphalt started…

If you want to give Asphalt: Urban GT a go right now, we've already mentioned that you can play the Java version in your browser on the Gameloft website, but the Java version of the game actually launched almost a whole month after another version, as far as our research indicates.

The very first version of Asphalt: Urban GT to release to the public was actually a version for the Nokia N-Gage, would you believe it. Nokia's early attempt at a gaming phone played host to the whole bunch of games, and Asphalt was one of them.

The game I personally remembered and sought after as a young lad, was Asphalt: Urban GT for the Nintendo DS, which promised the kind of thrills I'd had with Need for Speed: Underground 2, but in a handheld form factor. Despite that though, I have only recently played the game. 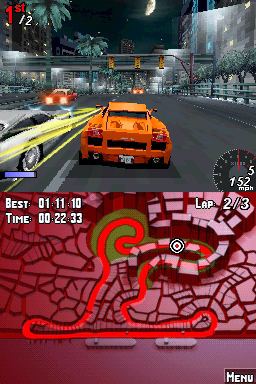 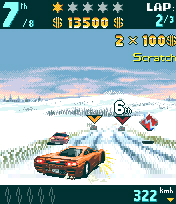 Luckily you don't need my decades-late-to-the-party opinion, you can have those of the original Pocket Gamer crew, as we have reviews available for Asphalt: Urban GT for each version, the Nintendo DS, N-Gage, and the Java version.

In these early days things were a bit rough, but the Java version of the game was very solid for early mobile CPUs, and the N-Gage version was very impressive, and one of the few games on the system to display 3D graphics. But things really came into their own with the next game in the series.

Now, you would forgive Gameloft for simply updating the original Asphalt: Urban GT for the sequel: Spruce up the graphics where you can, smarten up the UI, add a few more cars, and that's it. Ship it. It could've been as easy as that, but with Urban GT 2, Gameloft proved that they weren't willing to take the easy route.

On N-Gage and Nintendo DS, Asphalt: Urban GT 2 certainly did feel familiar, but the game also marked the jump to a brand new console: the Sony PSP. With the leap in the PSP's graphical processing power, Gameloft was able to ascend with Urban GT 2, making a far, far better racing game than the predecessor, which looked better, controlled better, and played better. This is the moment Asphalt went from a small-time racing franchise to an actual contender. 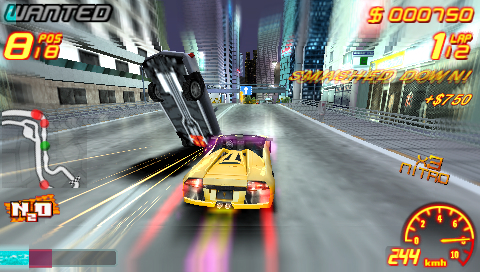 Once again we have a range of Asphalt: Urban GT 2 reviews from old-school Pocket Gamer staff for you to peruse, for the Mobile, N-Gage, and PSP versions of the game. Um, keep in mind that their opinions may differ from my own…

From here, Asphalt moved primarily onto mobile platforms, not just the N-Gage and Windows Mobile, but iOS devices, and eventually Android. Unfortunately, we aren't easily able to go back in time and play these titles, as device compatibility for games from that era is not good, but the short story is this: Gameloft never let up. 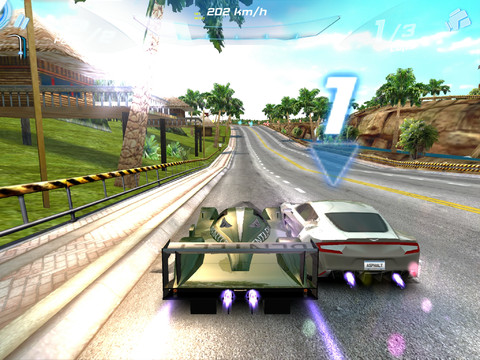 Asphalt games on consoles, such as Asphalt 3D and Asphalt: Injection, on the Nintendo 3DS and PS Vita respectively, didn't tend to fare well in terms of reviews, while mobile iterations of the series such as Asphalt 4: Elite Racing, Asphalt 5, and Asphalt 6: Adrenaline all reviewed well, cementing Asphalt's position as a mobile-centric racing franchise. And in 2013, they returned in style with a game that you can still play on modern devices.

Yes, we're skipping from Asphalt: Urban GT 2 to Asphalt 8, but believe me, there's a good reason for it. We've already mentioned that some Asphalt titles had suffered from some unfavourable critiques, but the same cannot be said of Asphalt 8: Airborne.

Asphalt 8: Airborne was a triumph at launch, with Pocket Gamer alumni Harry Slater giving the game a 9/10, saying the game was a "brilliantly put together arcade racing package, Asphalt 8: Airborne is every bit as exciting as you might have hoped." This set the tone from this point on for the series. No longer a racing franchise that was decent, but easily ignored, mobile gamers from all walks of life suddenly had to pay attention to Asphalt and Gameloft. 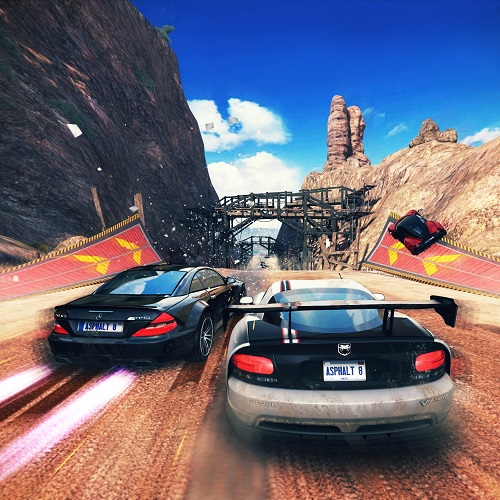 Gameloft released a few spin-off Asphalt games at this point, riding high on Asphalt 8's success, but they were also biding their time, ready and waiting to make a splash with their next, and latest release in the franchise.

This game is legendary. Not only one of the very best mobile racing games available, but this is also one of the best looking games on mobile. Gameloft truly outdid themselves in terms of both visuals and gameplay, and Asphalt 9 is the sharpest and most impressive entry in the series, by far.

Once again we had Harry Slater review the game, who once again, gave it a 9/10, celebrating it as one of the best racing experiences on mobile, and saying; "Asphalt 9 offers controls for everyone, fun for everyone, and white-knuckle, cackling-with-laughter crashes for everyone."

Since then Asphalt 9: Legends has made its way onto Nintendo Switch, and even there it looks visually incredible, even against AAA racers on the same system. I mean, it can't compete with Mario Kart 8 Deluxe, but no game really can. 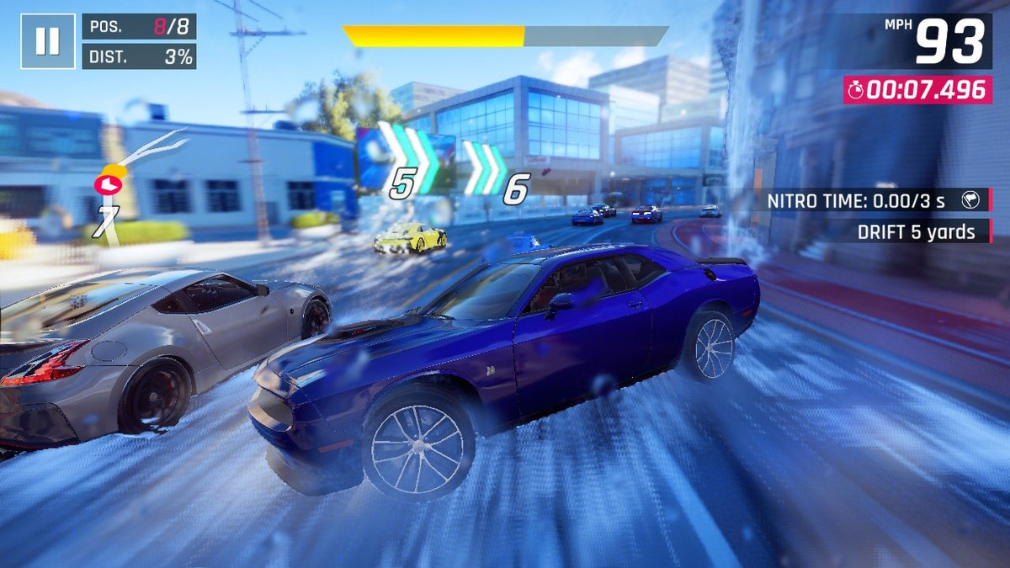 This is where Gameloft and the Asphalt franchise stands today. While there have been a few ups and downs along the course of the journey, it's impossible to argue that as it stands today, Asphalt is an incredibly successful franchise that has made leaps and bounds in terms of both graphical fidelity and sharp gameplay.

Just try playing that Java version of Asphalt: Urban GT, and then download Asphalt 9: Legends, and keep in mind that those games are in the same franchise. The difference is more than just striking, and Asphalt as a series has seemingly made as many leaps and bounds in the development of its visuals and gameplay as any other historic gaming franchise, whether it's Tomb Raider or Super Mario.

We have no idea what Gameloft has in store for the future of the Asphalt franchise, but we can only hope it's half as explosive as their recent games.

BE-A Walker is a thematically tricky, blood-soaked action game out now for iOS and Android