A few tweaks to progression and Training Mode AI

Gwent: The Witcher Card Game has been updated to version 6.2 which brings several changes with it alongside the start of the latest season. This will be called the Season of the Viper and it will run until June 2nd at 10 am CEST or your local equivalent.

The new season brings its own modifiers to the game too. This means that whenever a unit is damaged by another or itself it will be afflicted with Bleed. The duration will be equal to whatever the damage amount is. Similarly, whenever a unit is boosted it will receive Vitality for an equal duration to the initial boost. 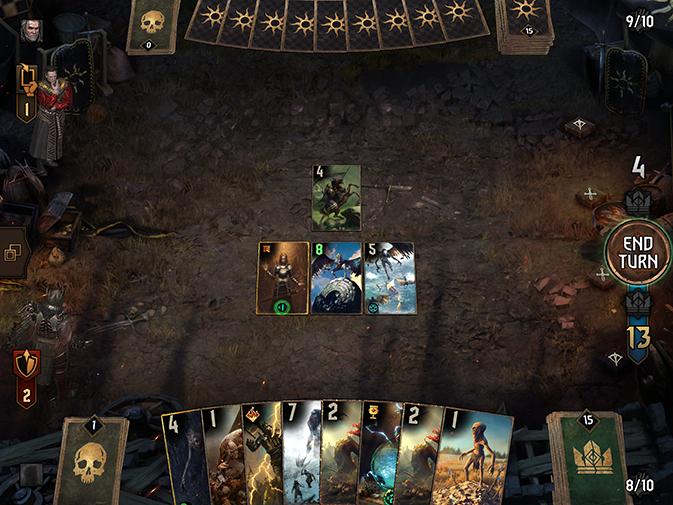 Elsewhere the update also brings adds a few features to the game alongside fixing the odd bug and adjusting various cards. First up, Crowns earned in the Arena will now count towards Journey Progression and Daily Crown progression when off-Journey.

They've also introduced 5 AI opponents that will represent each faction with the exception of Syndicate. They can be found in Training Mode and will have improved AI behaviour too. Whenever you head into Training Mode the opponent you face will be chosen at random.

Finally, new contracts have been added with the Year of the Wereat abilities and the installation for Android users will work differently going forward. Now there will be an initial 150mb download with the additional data being downloaded in-game. The developers have also promised that future updates will be smaller.

If you're interested in all of the changes that have been made to the latest version of Gwent, you can check out the patch notes over on the game's official site.

Gwent is available now over on the App Store and Google Play. It's a free-to-play game with in-app purchases.

Searching for some quality multiplayer games? Here are 25 of the best for iPhone and iPad

Want more? Check out our 17 other Gwent: The Witcher Card Game news stories!

Gwent The Witcher Card Game’s new expansion, Way of the Witcher, is out today