Juicy Realm, the twin-stick rogue-lite where you slay monstrous fruit, is available now for iOS and Android

You can pick it up for a reduced price at launch

X.D Network's rogue-like Juicy Realm is now available for both iOS and Android. The game initially launched for PC in 2018 before coming to both PS4 and Switch later. It's a twin-stick shooter where players will do battle against a variety of different monstrous fruits.

Set some time in the future, Juicy Realm's world sees plants sitting atop the food chain, with humans left to desperately fight for survival. This evolutionary leap was done in such a spectacularly short amount of time humans had little time to respond and that's where you come in. 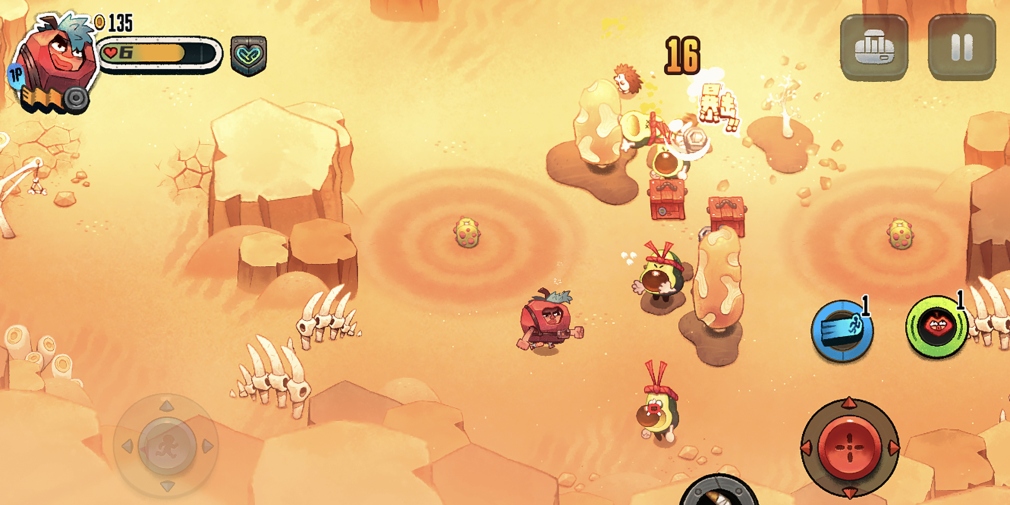 You will embark on a perilous journey that will take you deep into the lair of the Plant Empire. On the way, you'll be frequently ambushed by waves upon waves of deadly fruit. Whilst you're gunning them down you'll need to be on the lookout for new weapons to destroy them with alongside gear and resources.

The gear can be used to increase your defences so you'll be harder for the evil 5-a-day to take down. The resources meanwhile can be spent back at your base camp to improve and expand it. From here you'll also be able to choose which character you take to battle the fruit horde. There will be 9 to choose from, with each having different abilities.

Beyond the initial nine characters to select from, you'll also find an array of weapons throughout the game. Some of these are fairly standard such as assault rifles whilst others are more flamboyant. For instance, you can get a sword that shoots laser beams.

Juicy Realm is available now over on the App Store and Google Play. It's a premium title that's currently available for the reduced price of £1.99 at launch but that will eventually revert to £2.99.

Enjoy action-fueled games like Juicy Realm? Here are 25 of the best available for Android

[Updated] Juicy Realm, the twin-stick shooter where you battle fruit monstrosities, will be heading for iOS and Android in May