The Honor 9X Pro outwardly appears to offer everything I want in a decent, mid-range handset. It's a sleek, good-looking device with a showy glass body; its display, while only LCD, is solid; and its performance, build quality, and camera setup give no big hint as to its budget price.

But, as you may well have heard, there's a colossal elephant in the room that threatens to – and arguably does – derail the entire thing: the Honor 9X Pro does not offer Google Services, relying instead on Huawei's own Mobile Services.

But so what? I hear someone, somewhere say. Well, for starters, that means the 9X Pro does not come pre-installed with Google Play, and as of right now, the usual workarounds don't work. Of course, Huawei does have its own App Gallery, but the truth of the matter is that it's far from ideal.

In fact, the barebones state of the App Gallery makes me confident in saying that the Honor 9X Pro is not a viable gaming phone for those unwilling to look outside of its primary store for their desired games and apps.
The App Gallery's catalogue of games is shockingly slim, lacking many of the biggest and best titles around. Want to play PUBG Mobile, COD Mobile, or Clash Royale? Tough luck, they're not here. But who needs those when you have Pixel PUBG and Call of Modern War Duty, right? 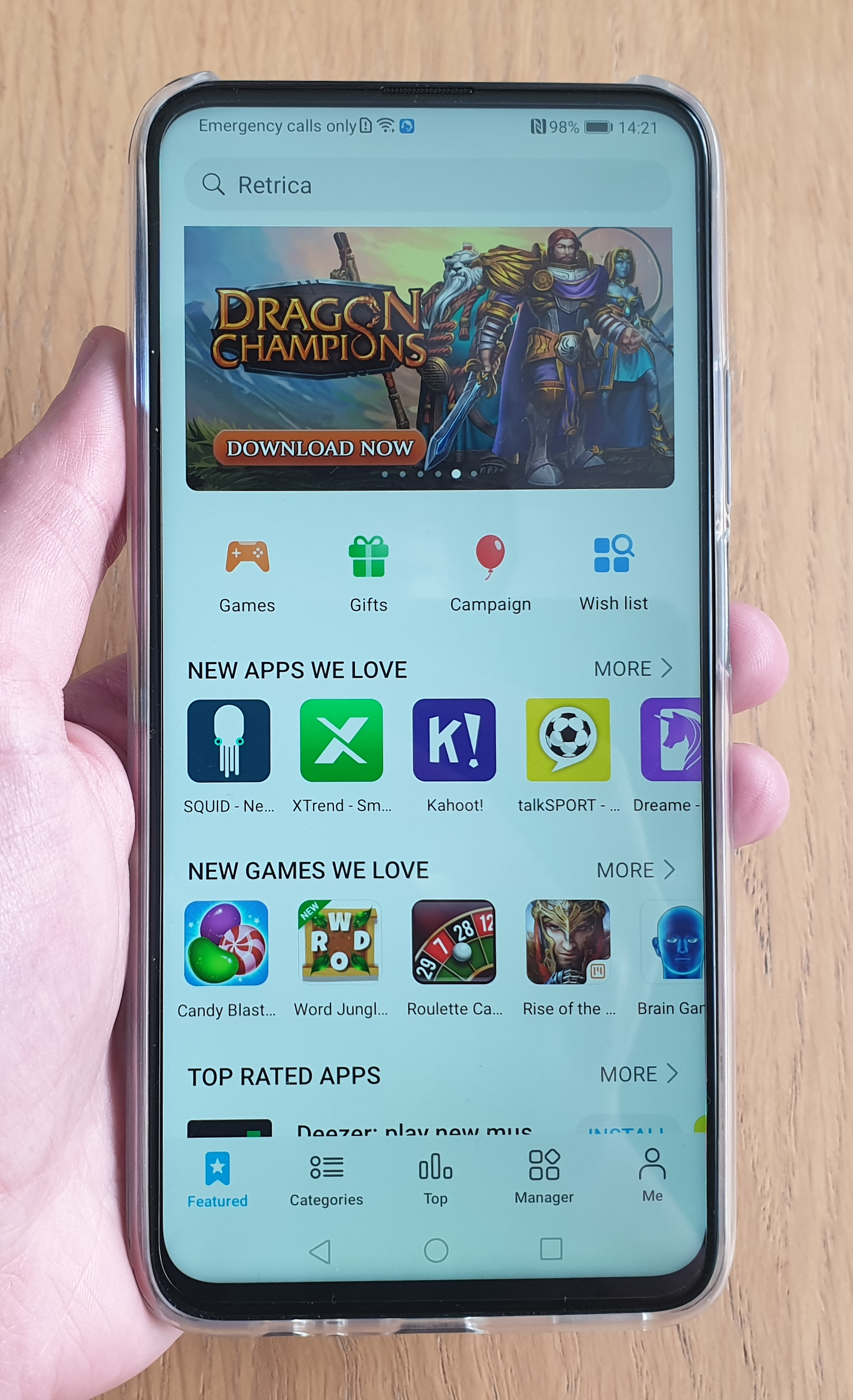 While I'm sure many of the games it sorely lacks will eventually make their way over, the present situation is pretty dire. The same is also true of its selection of apps, with no Netflix, Facebook, or Spotify. And this is all a crying shame because I very much enjoy a lot of what the 9X Pro brings to the table.

All the good stuff

Its 6.59-inch LCD display is notchless, crisp, and would have been ideal for gaming on the go. Indeed, Asphalt 9: Legends is still stunning and plays incredibly well here, which comes as no surprise given the 9X Pro's reliable Kirin 810 processor and 6GB of RAM. You've also got 256GB of storage space to mess around with, which can be expanded up to 512GB. You could probably install the entirety of the App Gallery's games library with that much.

Its camera setup, while by no means perfect, is something that I could easily live with. The 48MP main camera takes solid daytime pics but starts looking a little iffy in night mode, which is true of a lot of budget phones, though the 8MP super-wide-angle lens is inarguably underwhelming. While I'd never actually use it outside of testing, the pop-up design of the 16MP selfie camera at least keeps the display notchless. It's all functional enough, and what's more is that the triple-camera setup on the back is totally unobtrusive. 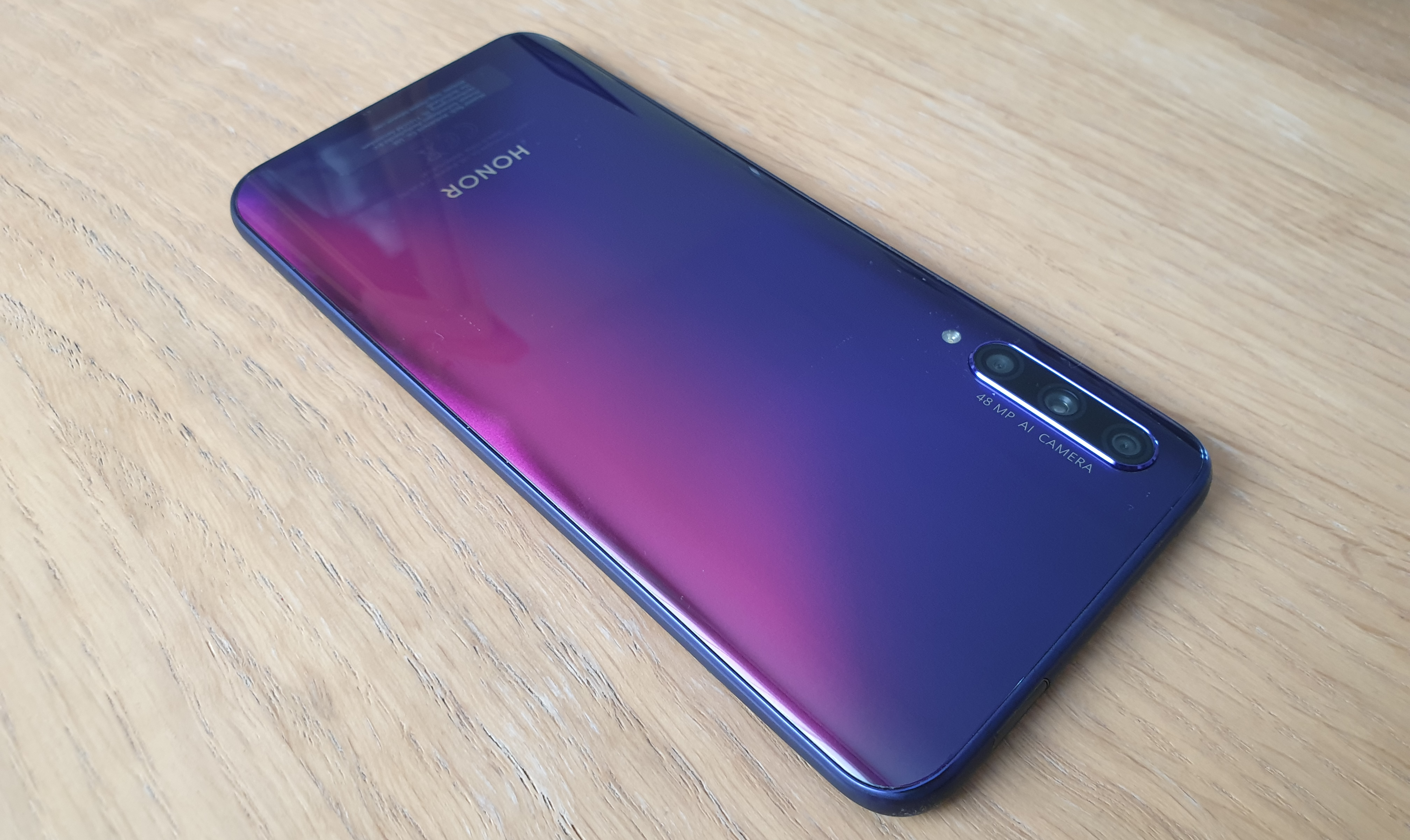 I'm also a big fan of its fingerprint sensor. It's surprisingly fast and consistent, and I like that it's positioned on the right side of the device. I've never been a fan of in-display sensors, though a left-handed family member did point out that its placement would cause him some frustration.

Another double-edged sword is the 9X Pro's battery. It'll last you all day and then some, but good lord does it take its sweet time charging up. Personally, this is preferable to a phone that lasts half a day and takes just over an hour to charge, but I recognise that it's still far from optimal.

While the 9X Pro obviously has a lot going for it, its major downside – the lack of Google Services – ends up overshadowing those pros, making Honor's latest an impossible device to wholeheartedly recommend. Think you can live without Google Play? Then there's a decent chance that you'll get on well with the 9X Pro. For everyone else, myself included, its problems are too grave to pick it up over any number of other, similarly priced devices that offer just as high-quality an experience and all the perks of Google Services.

While the 9X Pro is technically one of the best mid-range Android handsets on the market, its lack of Google Services ends up overshadowing those pros, making Honor's latest an impossible device to wholeheartedly recommend
By Cameron Bald
| May 14, 2020 |
Android

Sky: Children of the Light set to launch its Days of Healing charity event next week