Available for iOS and Android

Chariots Gaming has launched a new monster-raising action game for you to master. Available on iOS and Android, Becoming BytesTM challenges you to care for and train monsters — or Bytes — then compete with them in battle.

You begin the game at the training academy, where you are assigned your very first hatchling Byte. Its well being is up to you, so be sure to feed it, pet it, play with it and clean up after it. This will help top up your Byte’s fullness and happiness meters, ensuring it’s fighting fit. As well as colourful and varied character designs, each Byte comes with its own set of characteristics — star ranking, height, weight, favourite food and special ability.

Like all creatures great and small, Bytes have a limited lifespan. You can keep yours alive and kicking for longer by being an attentive trainer. They also have distinct stages of evolution to work towards, changing appearance dramatically and becoming more powerful as they grow.

During mission mode, your Byte will automatically duel with waves of enemy monsters. You can sit back and watch the action, or lend a hand: speed up your Byte’s attacks by hitting the ’tap’ button, and deploy its special attacks when you need the big guns to clear the round. You can also take on rival trainers in the online PvP mode. The experience points gained from combat are how your monster levels up, with each level offering a boost to its health, attack power and defence. 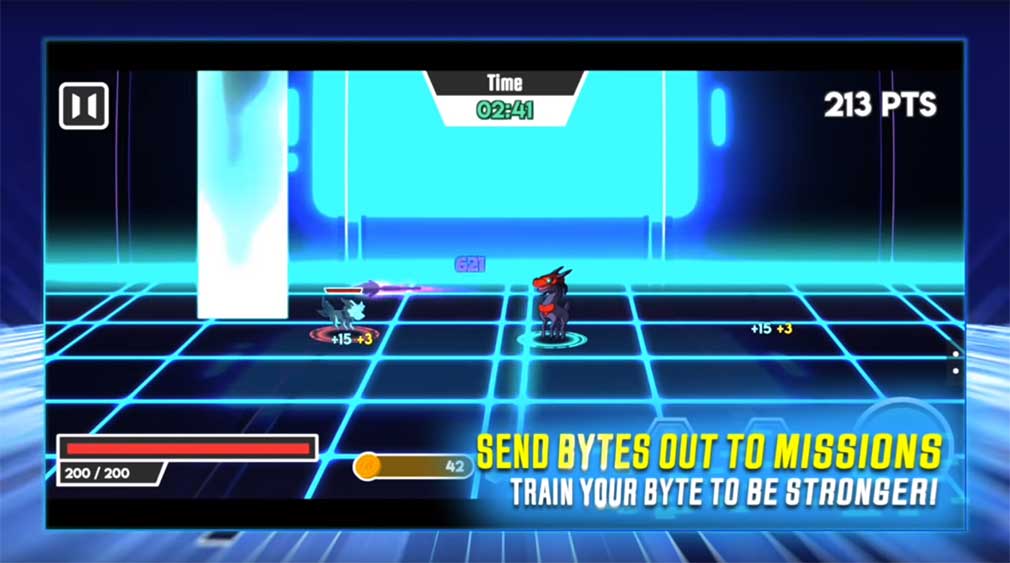 As well as appealing to fans of Digimon, Tamagotchi and the like, Becoming BytesTM 2D anime-style graphics, cute collectible monsters and easy pick-up-and-play style are bound to attract players around the world. Start raising your first Byte by downloading Becoming BytesTM today, free from the App Store and Google Play.