There will also be two in-game events

Netmarble's Fishing Strike has proven to be a popular game since it initially launched two years ago, reeling in over 5 million downloads on Google Play alone. To celebrate hitting two years of existence, the game's latest update introduces Club Competitions alongside a few in-game anniversary events.

Club Competition will be a real-time fishing battle mode where Anglers and their Clubs will fish to become the highest-ranked Club in the game. Each Angler within a club with have 30 opportunities per fishing spot to catch a particular species of fish.

This will earn them Fish Points that will increase the club's overall rank, with Stages 1-5 being added for club completion. Once a club has surpassed level 5 a Club Tank will be unlocked for free. Players will receive a variety of rewards simply for taking part as well as unlocking new fish and Fishing Equipment.

Alongside the Club Competition feature, there will be two in-game events to celebrate Fishing Strike's second anniversary. The first is called the Pearl Collection Event where, unsurprisingly, players will be able to collect Pearls through beating missions which can then be exchanged for various rewards including Gold, Legend Boxes, and Medium-quality Energy Drinks. 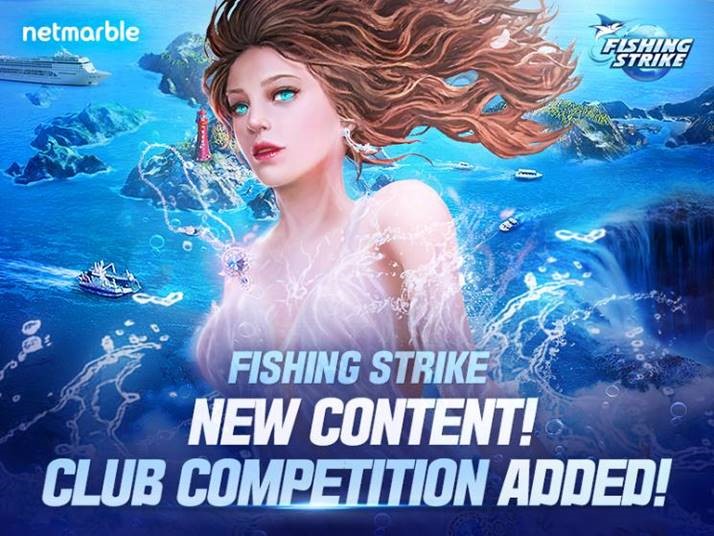 The second mission is a Bingo Event. This will give players a variety of objectives to complete which will net them a plethora of items. Apparently, these can mostly be completed simply by doing missions. The Pearl Collection event will run from today until May 12th whilst the Bingo Event will conclude on May 21st.

If you're unfamiliar with Fishing Strike, it's Netmarble's attempt at making a realistic-looking fishing game. At present, there are over 1000 species of fish for players to catch with more regularly being added.

Fishing Strike is available now over on the App Store and Google Play. It's a free-to-play game with in-app purchases.

Interested in other upcoming games? Here are some of the best available in soft-launch
SEE COMMENTS