Originally set to arrive by Thursday

Legends of Runeterra, Riot Games' latest release, has launched a tad bit ahead of schedule for iOS and Android. It's said to be a strategy card game "where skill, creativity, and cleverness determine your success". I'd say that's hopefully true of most games in the genre, so what exactly makes Runeterra stand out? Well, it's set in the world of Riot's League of Legends, for starters.

You can expect to see characters from the iconic MOBA pop up here, though there'll also be a selection of new heroes to meet along the way. At launch, there are 24 champions to select from, each boasting their own unique mechanic.

While these guys are at the core of your deck, you'll need to back them up with a solid team if you're to claim victory. The support cards you pick should complement your preferred champion, so it's not all about which card looks the coolest.

All of the game's characters hail from one of six major regions. These include Demacia, Noxus, Freljord, Piltover & Zaun, Ionia, and the Shadow Isles. What's more is that each of these regions is said to have its own playstyle and strategic advantages, so mixing cards from multiple regions within a single deck could well give you an edge. 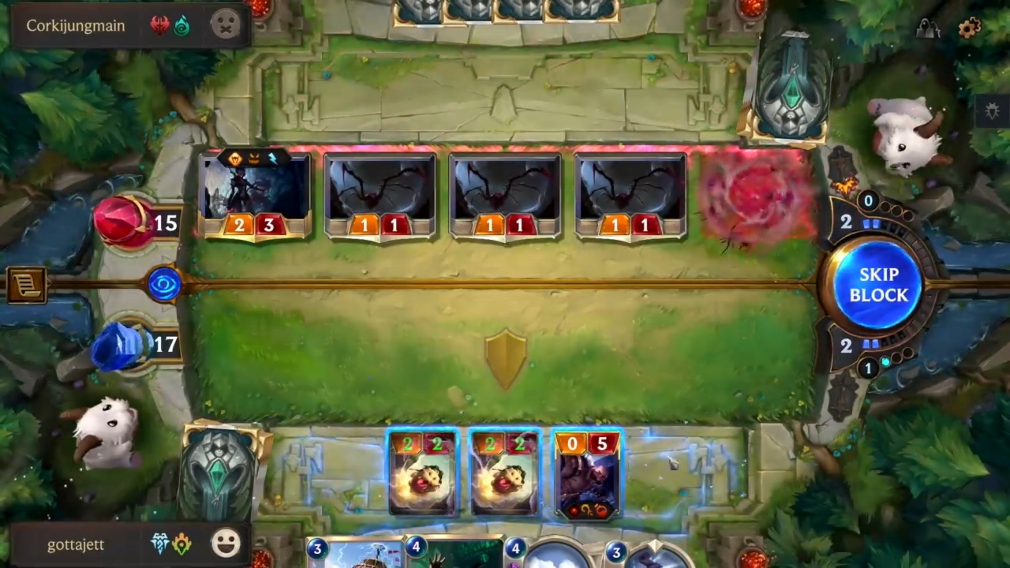 While it's a free-to-play title, you can earn cards for free or buy whatever you need directly. That's probably the best way to go about this sort of thing, and it makes a nice change from the uncertainty of purchasing randomised packs.

And so those up for another strategy card game will find Legends of Runeterra available for download now over on the App Store and Google Play.

On the hunt for some top-tier multiplayer games to try with friends? Here are 25 of the very best for iPhone and iPad