Complete with Bloodstained: Ritual of the Night crossover contet

Kingdom Two Crowns is now available for both iOS and Android after what feels like a very long time. That's partly because it launched on pretty much everything else around two years ago, including the Nintendo Switch. Still, if it's a good port it will most likely have been worth the wait.

If you're unfamiliar with Kingdom Two Crowns it is a side-scrolling strategy game where you will become the monarch of a kingdom and recruit various followers to its cause. That's a tough job for one individual though, so as the name implies you can bring another person along for the ride with split-screen co-op if you'd like, or it can be tackled solo. 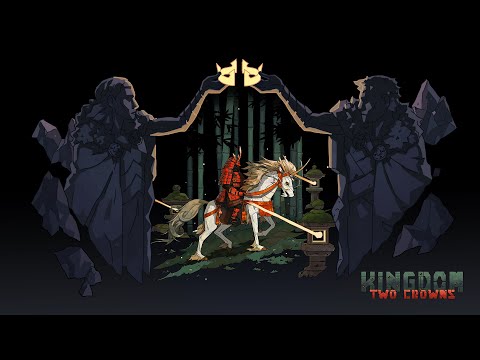 Whether you play solo or cooperatively, the goal remains the same. You will need to build a kingdom that will stand the test of the time until you discover a way to defeat the Greed forever. That's no easy feat so you'll need to make sure you have an army prepared to deal with enemy forces.

On top of the original game, Kingdom Two Crowns has also launched with a free update that adds crossover content with the game Bloodstained: Ritual of the Night. This updated is called Kingdom Two Crowns: Deadlands. Cameron covered everything that will be involved with that recently if you're interested in learning more.

The developers say that the game will be continuously updated post-launch to ensure that players have a reason to keep returning. This will include themed locations that will have their own traits that will alter the way you play the game. One such example already exists within the game called Shogun where you can recruit ninjas to fight for your cause.

Kingdom Two Crowns is available now over on the App Store and Google Play. It's a premium title that costs $9.99.

Enjoy strategy games? Here are 25 of the best available for Android