They're also hosting a competition to celebrate two years of wizardry

Harry Potter: Hogwarts Mystery initially released two years ago and developers Jam City have decided to celebrate by announcing a competition and by releasing a bunch of stats, wonderfully presented in an infographic. I do enjoy a good infographic.

The standout amongst those stats is that cumulatively players have spent a staggering 35 billion minutes playing the game since it first launched. Emily reviewed the game for us in 2018 saying “There's a great and interesting game buried inside Harry Potter: Hogwarts Mystery, but its energy system ultimately kills it”. That was two years ago though and things may have changed since then. Also, it's a big-name franchise, that usually helps with popularity. 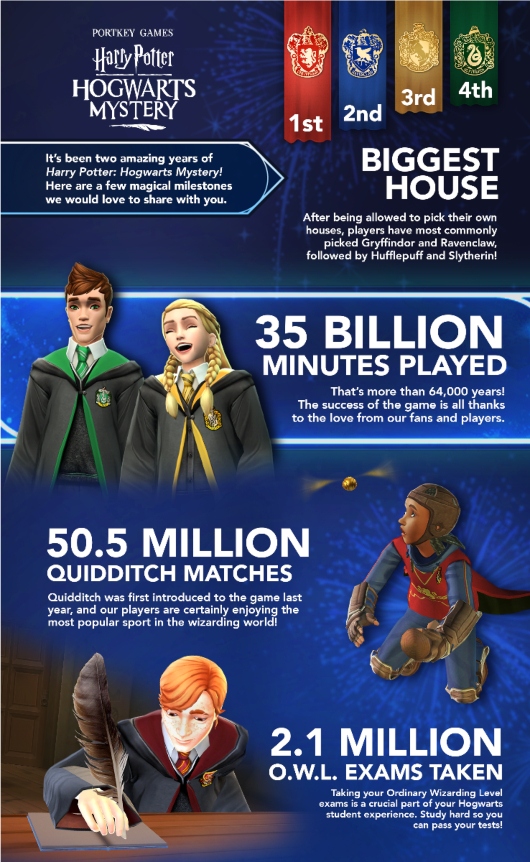 Either way, it's some impressive numbers and there's a further breakdown of where the time has been spent in the pictures you can see within this article. It was, at one stage, the most downloaded game in over 40 countries, further showing just how widespread Harry Potter has become over the years.

The competition they're running will call upon fans of the game to design their own costume that will be added to the game during the Fall this year. The designs must incorporate elements from all four of the Hogwarts houses and submissions can begin from 25th April. If you're interested in this competition make sure you're following the game's Twitter, Facebook and Instagram pages. 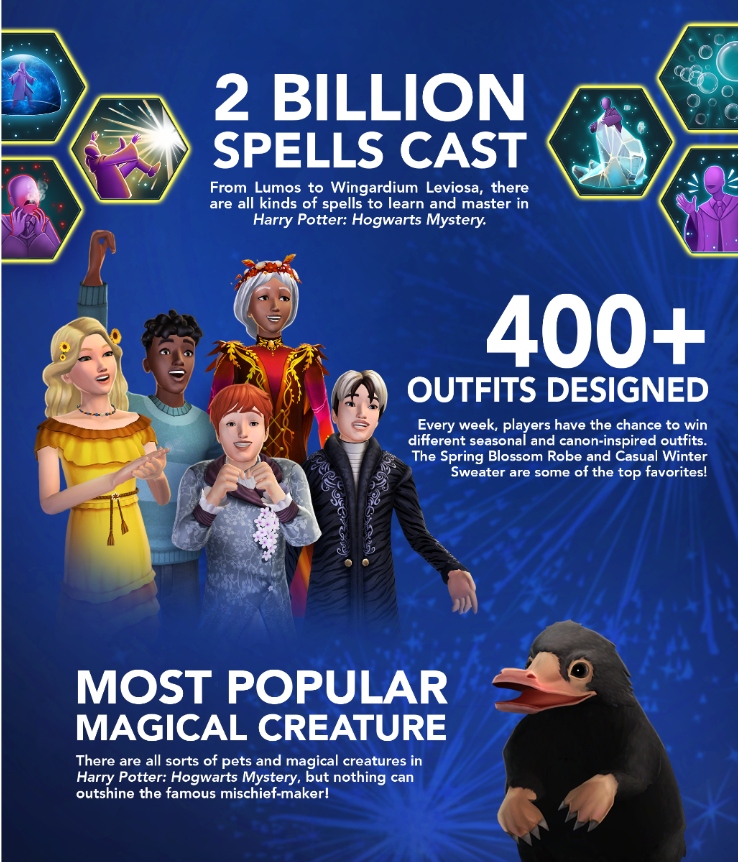 If you're not the creative type you'll still get something when the competition begins on 25th April. Every player will receive a digital party onesie outfit that will be paired with some House specific slippers. Meanwhile, the Common Rooms will be decorated to celebrated the game's anniversary.

Harry Potter: Hogwarts Mystery is available now over on the App Store and Google Play. It's a free-to-play game with in-app purchases.

Interested in upcoming games? Here are some of the best available in soft-launch

World of Tanks Blitz: Tips to help you destroy with confidence

Time to go back to school with Harry Potter: Hogwarts Mystery's Year 5 content