And you'll be able to pick Ayairi Whairydd the pug from the start!

Dungeon of the Endless initially released on PC back in 2014 before making its way to iPad in 2015 where we found it to be an excellent game, awarding it a Gold Rating. Now, the acclaimed title will be heading for both Nintendo Switch and PS4 on 15th May.

The tower defence/roguelike hybrid's move to console is a collaborative effort between SEGA, Amplitude Studios and Playdigious. The latter of which has good form for porting games to other platforms, such as the fairly recent Dead Cells to iOS, which will also head to Android soon.

If you're unfamiliar with Dungeon of the Endless it's a game where you assemble a team of heroes who have to simultaneously defend the generator of their crashed ship whilst searching for a way out of a mysterious dungeon they now find themselves in.

Each of the heroes you can choose from will have their own strengths, weaknesses and psychoses to consider when choosing who takes up which role. They'll gain experience the more they progress and will earn additional abilities that will no doubt help in your desperate bid for survival. 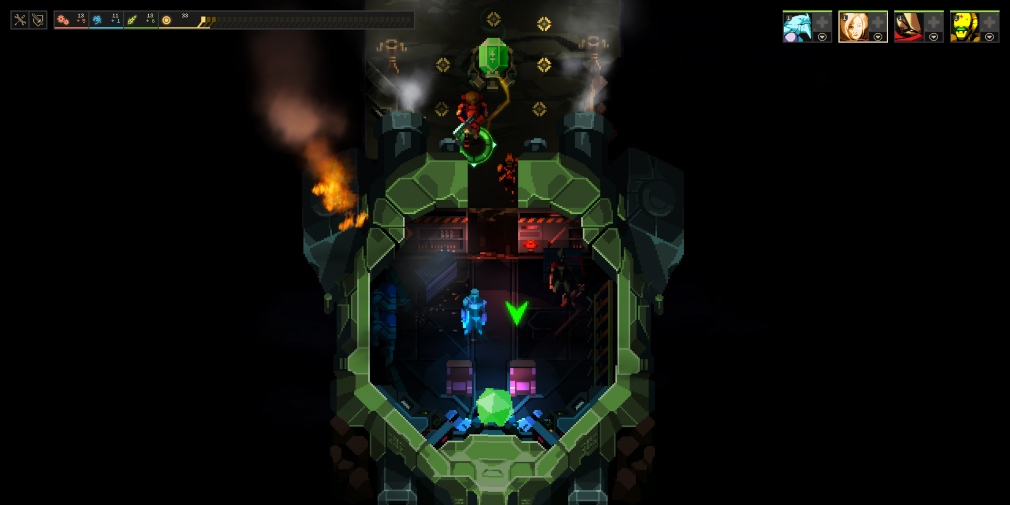 Long term fans might be pleased to know that you'll be able to select Ayairi Whairydd the pug from the beginning of the game for the first time in the game's six-year history. Beyond that, much like the iPad version of Dungeon of the Endless the Deep Freeze, Death Gamble, Rescue Team and Organic Matters add-ons will be included.

Dungeon of the Endless is currently available over on the App Store where it's available for £3.99. However, if you want to play the game on Switch you'll need to part with £17.99 - or £14.39 if you pre-order ahead of release - and wait for the release on 15th May.

Enjoy roguelikes? Here are 25 of the best available on iPad and iPhone

Want more? Check out our growing collection of Dungeon of the Endless articles!